The Moments That Define One’s Life

Rise to Your Destiny with Purpose 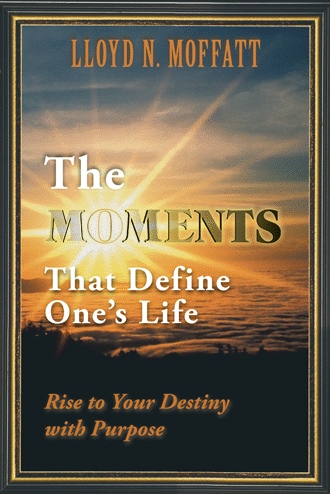 Each moment in your life comes with a purpose. Although the purpose at times is taken for granted, these moments, when they arise, bring forth a significant meaning for one’s destiny and destination in life. For example, imagine how every person in this world has passed through a moment, full of promises and opportunities, but when that moment passes, he or she has no way of knowing if it will ever rise again.

Apparently, whatever the moment may be, our lives are defined by the energy, faith, belief, and action into bringing each moment to life so that it can transcend toward greater moments, dreams, and endeavors. Each moment, by all means, is vital, and the mark that one has left in this world will be measured by what he or she has achieved in the time allowed. Thus, what you do with your life today will define your dreams and destiny as each significant moment rises and the time that is given to it is taken away.

This book will help you

• Develop a greater sense o • f why each moment in life matters;

• Believe in yourself to accomplish any impossible dream or goal;

LLOYD N. MOFFATT was born in Kingston, Jamaica. Growing up, Lloyd experienced some challenging moments of hardship. The obstacles propelled him to fund his way through school where he received his bachelor’s degree from Bernard Baruch College.

After obtaining his degree, he became an educator who impacted the lives of many children with dynamic backgrounds. He is now married and is the father of two children. He is also the author of the life changing self-help book, The Decisions that Shape One’s Destiny and an editor of several fiction and non-fiction novels. Indeed, Lloyd’s dreams in life were never short-lived. Driven to succeed, he believes there is a moment waiting to emerge inside many people that will ignite the true calling and purpose in their lives.