A Journey into Ancient Women’s Business 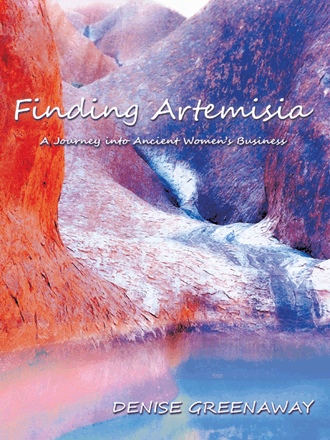 Millie’s camp was sprawled under a stunted tree. A plastic tarp and a few string bags hung from a bough that protruded at a right angle from the trunk. There were a couple of fires near the base, and women sitting in the last of the morning shade were hollowing out lumps of wood. Some boldly carved the outer skins, while others used red-hot coat hangers to brand the fleshy wood.

Millie took the crusty damper from Mavis and showed Diana where to put the jam and butter on the ground beside her. She broke the damper into chunks and set them in the lap of her dress. It was faded and dirty.

Diana remained standing, not sure what to do next. No one spoke English, and Mavis had already joined the other women.

With a small, white, plastic knife, Millie spread the melted butter and the runny strawberry jam onto one piece and handed it to Diana, motioning that she sit down. Then she prepared a bit for herself.

Diana waited for Millie to start eating before she did. But Millie started laughing at her, exposing her gummy mouth. Diana didn’t know why she was laughing. Was it because she was being polite and standing on ceremony? She felt clueless. Here was this toothless woman with supposed powers, her mouth full of damper, laughing at her.

Diana took a bite of the doughy bread. She needed to eat. She could taste the sugar in the jam. She was a breakfast girl and useless without it. She took a bigger bite.

Suddenly she could hear herself chewing. There was a pressure inside her ears, as if she were at high altitude. Everything around seemed strangely quiet. She looked about. The women were still working with Mavis beside them and Millie was still toothlessly chewing. It all looked normal, but something had changed—atmospherically.

Diana opened her mouth and tried to make her ears pop, but she was finding it hard to breathe. She looked at Millie. The old lady’s eyes were downcast. She wanted to ask, are you doing this? But it seemed ridiculous.

The heat from the women’s fires was pouring into her now. The sun was hammering the top of her head, and the space around her seemed to be shifting somehow. She needed to grab hold of the ground.
She tried to pull back from the fire’s heat. But as she did, she saw something emerge from the shimmering flames; it was the pale girl from last night. She was dancing in the fire.

Then the earth slid from under her. She made a grab for it, but it was too late.

Australian Psychologist and author, Denise Greenaway uses her own experience as a guest of one of the oldest tribes in the world, and takes the reader on a powerful journey into the ancient female mind and spirit. Set in a remote, desert, Aboriginal community, her novel re-discovers the powerful connection that is ancient women's business and juxtaposes it with the lives of modern women. Beautifully written, it is a gripping tale that unveils ancient secrets that modern women can still remember.

Denise Greenaway is an Australian psychologist, educator and author of Mirror Mirror, a body-image fairytale workbook for girls aged eight to twelve, and Rainbow Food, a healthy eating workbook for schools and families.