The Metaphysics of Shoes 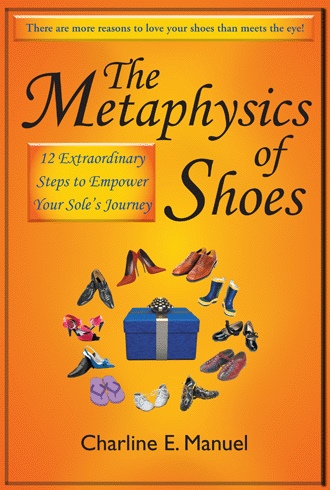 A Man and His Gators

He didn’t just walk into the room; it came alive when he entered. One could not help but wonder what made his walk vibrate like the beat and rhythm of the African drum, and the opening of Beethoven’s Fifth Symphony all at the same time. The eyes of those present started at his head and leisurely fell to his feet. With each step he took, curiosity mounted in the minds of those who were blessed to be witnesses. What manner of man walks with such confidence? Some called it style. Some called it sex appeal. Those who had no frame of reference for this man’s level and display of poise simply marveled at his presence. His chocolate-colored suit was surely tailor made, for it was a grand complement to what appeared to be a perfectly sculpted physique.
But it was his shoes that seemed to give him the sort of stride that gave him his swagger. Some men walk in ways that imitate others—the highest form of flattery; this man executed each step with the kind of precision that would surely compel other men to want to copy his moves. Watching him in motion was intoxicating. Each person in the room was under his spell—men with envy and women with fantasy.
Some men underestimate the statement made by a pair of well-designed shoes, but not this man. Some select their suit first and then search for shoes to match; this man most likely did the opposite. With the flair of a Hollywood fashion designer and a magician’s touch, he cleverly perfected a unique ensemble that had class written all over it. He oozed charisma. He displayed a flawless unification of masculinity, elegance, and grace. His steps were slow and deliberate, giving every onlooker plenty of time to enjoy a full-body once-over, several times, before he made his way across the room in his alligator shoes.
Every woman in the room was probably praying the same prayer, “Dear God, let me be the one he’ll ask to dance.” Of course he could ask only one woman at a time, at least that was what everyone assumed. But this man was clearly no ordinary man, so nothing about him should have been taken for granted.
He walked up to a young woman who appeared to be in her mid-thirties and extended his hand. Her whole face beamed. She glanced around at the ladies sitting near her just to make sure they all saw that she was the one. But she wasn’t “the one.” He took her hand, led her to the dance floor, paused a moment to look her in the eye as though he were sending her a telepathic message. She was obviously surprised at whatever she interpreted as his message because her expression changed briefly. In the next moment, everyone in the room witnessed the unthinkable, and he did what no one could have predicted... 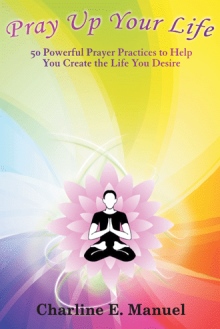 Discover your inner power to master your sole’s journey!

The Metaphysics of Shoes presents 12 Extraordinary Steps to empower your walk through life.

As you read these stories and contemplate their deeper meaning your mental attitude, appreciation for life, and inner power will elevate to new levels of personal fulfillment. Embedded in these shoe stories you’ll discover

In the end, you’ll know why Manuel makes the declaration “Shoes are more than a fashion statement!”

Charline E. Manuel is a spiritual leader and ordained minister. For over seventeen years, through her lectures, personal growth seminars, retreats, and workshops, she has helped thousands to grow spiritually, set and achieve goals, and fulfill their dreams. She is also author of the book Pray Up Your Life and the Pray Up Your Life Self-Exploration Companion Workbook.