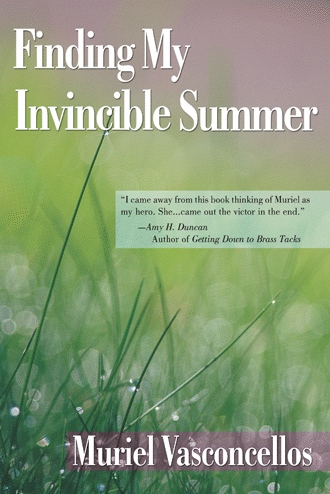 My cancer crisis happened a long time ago, and I have outlived many of the characters in the story. What makes my experience somewhat different is that I ultimately walked away from treatment when doctors were telling me I would not survive if I did. As I learned gentle approaches to becoming physically and emotionally healthy, cancer became a non-issue. I haven’t seen an oncologist since 1983, and as far as I know, I am cancer-free. My episodes with cancer were intertwined with the story of loving and losing my husband Sylvio. His support made everything possible; his death shattered me to the core. In my vulnerable state, I struggled to deal with grief, guilt, and eventually, when I was told that my cancer had spread, helplessness and hopelessness. Then one day I had an experience that shifted my perspective, and glimpses of a bright new world opened up to me. As I began to move beyond the limiting beliefs I had held for most of my life, new insights constantly expanded my awareness and understanding. They always seemed to appear at the moment I was ready for them. While I wouldn’t wish cancer on anyone, for me it was the catalyst that changed everything. As I write these lines, it’s hard for me to recognize the person I was three decades ago. My journey led me to freedom, power, and, ultimately, deep inner peace—my invincible summer. I discovered my lump on April Fools’ Day, 1976. I woke up early that morning, and as I stretched my arms, my fingers brushed against a hard knot on the inside of my right breast next to the bone. It was large, round, solid, and different. I felt it again, to make sure it wasn’t my imagination. And again. With each pass of my fingers, I came closer to the certainty that it was cancer. My thoughts began to spin into full gear. As I lay there, I worked myself into a high state of anxiety. With no doubt in my mind, I was already processing the diagnosis. I was going to die, and I was only 42! People aren’t supposed to die so young. I couldn’t believe that this was happening to me. Cancer was for other people, that minority of—what was the ratio?—one in four? I didn’t know the statistics, but I was sure that many more people don’t get cancer than do. Not only was it cruelly unfair, it was unreal. I had been normal the night before, and now I was staring at death.

After a tumultuous life that included tragedy, betrayal, and corrosive guilt (told in flashbacks), Muriel finally finds love and happiness, only to be stricken with breast cancer. It appears that she has won that battle when life turns brutal again with the wrenching loss of her soul mate and, soon afterwards, another cancer diagnosis—this time of metastasis to her bones. She was given just six months to live. Unremitting pain, both physical and psychological, sends her to the depth of despair, where she seeks to end her life.

Instead, Muriel embarks on a courageous quest for health that includes not only her body, but also her psyche and spirit. She discovers that all aspects of her being are woven into one tapestry—you cannot permanently heal one part without the others. In the midst of this journey she has her third bout with cancer. This time she has the understanding and tools to walk away from conventional treatment and practice gentle approaches to becoming and staying well. Ultimately, she is led to the joy and serenity that abide in the deep recesses of her soul—her Invincible Summer.

Muriel Vasconcellos is a translator by profession. She has a Ph.D. in linguistics from Georgetown University, where she also taught translation for 14 years. As a freelance translator, she has clients throughout the world, including several international organizations. She lives in San Diego with her Malt-Tzu pups, Sunshine and Snow.