Adventures with a living kahuna 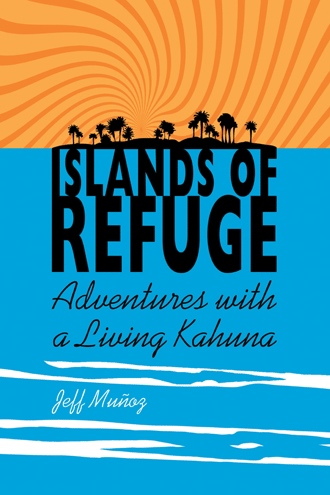 Indeed, marijuana and LSD were among the basic essentials for turning on. That was, after all, the main goal and this was realized at a time of great turbulence, in a world caught up in revolution. Society was demanding a kind of conformity that adhered to mundane grayness, the exact opposite of the colorful outbursts of the youth of the sixties. We, in every field of opportunity, sought to bring forth the infinite palette of creativity. The word was, "Drop acid, not bombs."

In those years Black Power had risen, fomenting riots and looting in the ghettos of the inner cities, raising a cry for recognition of the sufferings of oppressed peoples. The Vietnam War escalated along with national doubt, as more and more young men were drafted never to return. And then, from the broken homes of the mundane middle class, came the hippie revolution, unleashing flower power and renunciation of the comforts of suburbia in exchange for the natural, the exotic and the quest for meaningful answers.

The quest was for the Holy Grail of True Understanding of Life's Purpose. A generation of youth stepped up to undertake 'The Journey'. We were beginning, or even just fantasizing about beginning, to break free, and to live out the dreams and visions of a generation. We gave up all that was familiar and ordinary in a terrific leap beyond.

"Islands of Refuge is the stuff of legends. A confused teenager in big trouble over drugs, wanted by the FBI, goes on the lam and has just landed on Hawaii's Big Island when a car driven by an old man pulls over and offers him a ride. Daddy Bray, Hawaii's last great kahuna, tells Jeff that he has been waiting years for him to arrive. Over the next quarter century, [Munoz] remakes himself into a new kind of man..."

Jeffrey Paine, author of Father India and Re-enchantment: Tibetan Buddhism Comes to the West; vice president of the National Book Critics Circle and Judge of the Pulizter Prize.

JEFF MUNOZ was born in Santa Monica, California in 1948. His oldest brother -- one of the pioneer big-wave surfers of the North Shore of O'ahu -- imbued Jeff from childhood with the magic and lure of Hawai'i and brought him under the spell of the 'kahuna surf gods'.

Today Jeff is the founder/director of Prayer Rock Foundation, a non-profit dedicated to the stewardship of Prayer Rock Sanctuary, a sacred pilgrimage site on the island of Maui. Some of the foundation's activities include rare endemic plant restoration and the maintenance of sacred shrines in the Hawaiian/Buddhist tradition.

For the last forty-five years in Hawai'i, Jeff continues to live the Aloha Path as taught by his hanai tutu kane, Daddy Bray, one of the last great kahuna of Hawai'i.