The Reward of Not Knowing 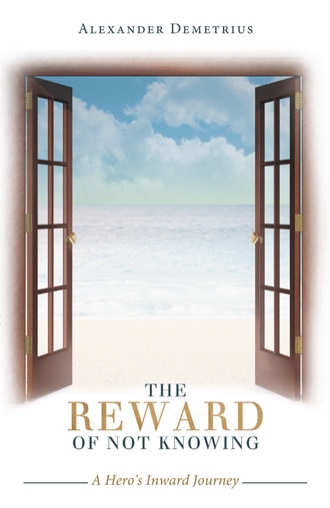 The Reward of Not Knowing is an accounting of my response to the call of adventure. The very suspense of not knowing where the journey would lead became its own reward. Learning to honor life’s mystery subsequently yielded its bounty. A shift in perception was the only requirement to unlock the blessings often found within tragedy.

My life was once a barren wasteland of an existence that played out between the regret of yesterday and the anticipation of tomorrow, turning the present moment into an unfathomable concept at which point enough was no longer enough. The need for excess increased as my compassion for others decreased. As a result, internal conflicts started to manifest within my body as tension and depression. Subsequently, anyone within my immediate vicinity also fell victim to that deadly influence.

So what exactly was that aforementioned wasteland? For me, it was living out an inauthentic life made evident by following other people's paths and resorting to animal-like behavior. No innovation or personal development ever took place along that way. Consequently, everything I truly wanted I didn't want due to the conflict between what I perceived to be attainable and what a mystical, inner-stillness, compelled me to achieve.

The Star Wars Trilogy served as a kind of guiding light amidst the darkness in my life. As such, Luke Skywalker's quest wasn’t just some space-aged faerie tale because it followed three essential components inherent in most heroic fables; departure, initiation and return. Once Luke was displaced from his ordinary living conditions a pathway towards destiny was immediately presented to him. However, in order to fulfill that destiny he would need a useful tool of some kind (light saber), a long or short term goal (rescue the princess) and a mentor (Obi Wan Kenobi).

Learning to adopt an unorthodox approach to life transformed a nightmare into a heroic adventure. A departure from the realm of standard conditioning was the prerequisite for the crossing of a threshold. Breaching that threshold was the key to an altogether new and rewarding perspective on life. Narrating my experiences to encourage and guide others toward a release from personal bondage becomes my final reward.

Bondage is a state of constraint by circumstance or obligation. In my own life, seeking freedom from this oppressive state was paramount. Years of enslavement to a mentally ill parent compelled me to seek answers in every possible direction. I have concluded through endless searching that the path to freedom is through an inward journey. The journey unveils many truths about the seemingly chance events we encounter throughout our lives. If interpreted properly, these events reveal a pattern and can serve as guideposts toward a powerful transformation in each and every one of us.

In my personal experience, my degree of psychological bondage didn’t become apparent to me until I left my mother behind. It is important to note that my experiences with her weren’t entirely debilitating. Compared to the complaints of some whose lives I’ve encountered, my mom’s condition was more a blessing than a curse. After all, she toughened me up and essentially honed the skills I would require to facilitate my own redemption.

Furthermore, I wasn’t miraculously gifted with a heightened level of awareness. My need for answers evolved from an unbearable sense of anguish. Had my childhood been all fun and games, seeking a greater truth would not have felt so urgent. My mom truly loved all of her children. She just expressed it with her own unique capacity. And what is love but the pruning of the tree so that it may grow tall and strong.

My mother was the ringmaster of the spectacle that was my childhood. Afflicted by a mental illness called Dissociative Identity Disorder, her mind was divided into several distinct personalities inhabiting a single body. Because little was known about this disorder during my childhood, a life that could have grown into its own uniqueness was instead molded to mirror hers.

She left home to escape the clutches of her own insane mother. I eventually forced myself to leave home to escape her. Both of us severely beaten as children, our mothers were our chief tormentors. Hence, we built our own prison and existed in a state of schizophrenia. Both guards and prisoners, we no longer had, having lost touch with reality, the capacity to leave our prison, or to even see it as imprisonment. The unfortunate circumstance in which I found myself, however, yielded the opportunity to grow up playing a dual role, both as parent to my own mother as well as her therapist.

By the age of ten I learned hypnosis in an early attempt to root out her affliction. Her more oppressive personalities fed on both fear and hatred but once their appetites were satisfied they would lay low until it became time to feed again. I routinely conducted therapy sessions at home with a patient who occasionally, when she was able, doubled as my caregiver. Most often it was incumbent on me to assume the parental role. It was a classic case of the blind leading the blind. Still, within the darkness awaited the light. I needed only to be turned toward it.

The Reward of Not Knowing is for anyone who feels that the life they're currently living isn't the one that has been waiting for them. Learn how to transform doubt and fear into courage and certainty by recognizing the heroic sequence of events in your own life. By sharing some of the most tragic and often wondrous events of my past, I intend to inspire anyone who truly desires positive change now.

Alexander Demetrius’s literary experience is primarily influenced by Joseph Campbell who, during his lifetime, was one of the world’s foremost authorities on global mythology. Using Campbell’s monomyth or hero’s journey, Demetrius discovered that critical events from his past paralleled the typical sequence of events found in practically every narrative throughout the world. The Reward of Not Knowing is an account of Demetrius’s memoirs, transformed into an epic journey that began in San Antonio, Texas, and spans across the Pacific Ocean to Honolulu, Hawaii, where he currently resides. What makes his journey unique is that much of it took place within, where so few ever voyage. Through careful reflection and examination, he overcame some paralyzing characteristics that once constrained him to a life of insanity, orchestrated by his mother who suffers from dissociative identity disorder or multiple personalities.