101 Ways to Find Success and Achieve Anything You Want in Life! 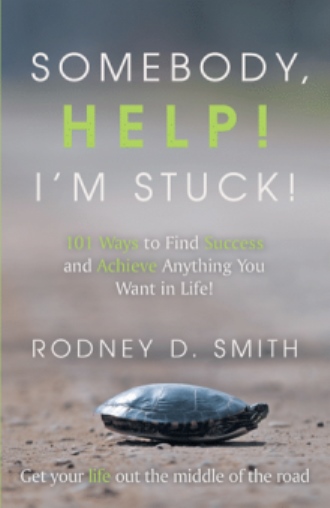 
Have you ever felt those words or known somebody who was trying to get out of the rat race of keeping up with the rest of the world? For many years, I felt just like you. Stuck in my personal growth and finances, I never knew if I would find peace of mind. I soon discovered four forces of God’s divine law: clarity, a definite purpose for life, clear goals, and the power of vision and dreams. That moved me from being stuck to living my best life.

Why Are You Stuck? The Physiological Effect


For decades, middle-income Americans had been making absolute progress while enduring relative decline. But since 1999, they have not made economic progress. While the reason for this decline varies, one thing is clear: distractions and a lack of self-purpose, clarity, and faith have caused a major shift in the thinking of millions of people throughout the world.

Many people are asking themselves, What’s my purpose in life? Will I ever find happiness? Is it too late because of my age? Why isn’t my career moving the way I planned? Will I ever be financially free?

Get this: America locks up its citizens more than any other country in the world with over two million incarcerated right here in the United States of America. Meanwhile, the Centers for Disease Control and Prevention report that the percentage of adults age twenty years and over who are overweight (and not obese) is 34.4 (2007–2008).

The problem? The problem is our minds are controlled by TV, politicians, and major media ad campaigns. According to the A. C. Nielsen Company, the average American watches more than four hours of TV each day (or twenty-eight hours a week, or two months of nonstop TV-watching per year). In a sixty-five-year life, that person will have spent nine years glued to the tube. In addition, mind control takes place when we watch TV. By the time an average child finishes elementary school, he or she will have seen eight thousand murders on TV, and by age eighteen, he or she will have seen two hundred thousand violent acts on TV.

The truth is most people are not aware of how to tap into that power. This is why 98 percent of all the wealth on the earth is controlled by 1 percent of the people. Most people don’t even realize that they have been programmed to think negatively about money, love, and happiness. Too many people feel out of control and just plain old stuck in life.

This book will address the enormous pressure that is built up in your life. Whether you have been successful or are trying to climb your way up the success ladder, most people have gone through a season of being or feeling stuck.

If you learn to master and understand the following five specific areas in your life, you will create forward movement and get the wheels turning in your direction: 1) clarity; 2) having a definite purpose in life; 3) setting clear goals; 4) moving forward on your dreams and vision for your life. It will move you into a new paradigm shift that will transform your life.

Getting Unstuck means you have clarity in your life and a vision to move your life forward. Clarity, (DPL), Goals, and Vision, will get you on track to move you into that 1 percent of people who are really wealthy, not just with money, but also with purposeful living. Getting Unstuck will teach you how to find yourself and get clear about what you want out of life. It will lead you to having a purposeful, loving, and prosperous life.

Getting Unstuck is the process that takes you from where you are to where you want to be. I can show any person in the world who has a willing spirit and who is willing to follow the four key components to success how to get what he or she really wants in life. I am living proof of what can happen when you change your thinking process. The Getting Unstuck Success Plan has changed my life tremendously. I failed the second grade and was told by many of my teachers that I had a learning disability because of the fact that I missed a lot of schooling as a young man. I had seven major surgeries on my ears before I was seven years old, and doctors told my mom I would never hear again. My great-grandmother taught me the power of prayer and how to not just say the words but to create a feeling of healing within myself. I did, and now I am financially free with a success program that has opened up opportunities for me to teach the Getting Unstuck program all over the world.

Getting Unstuck is simple. Every person born in this world has a God-given gift that he or she can use to be successful, rich, and happy, to live on purpose, find love and joy, and have the finer things in life. All you need and all you will ever need is already within you. All you need to know is how to activate your God-given powers and ability to fulfill any need you may have.

What Getting Unstuck Means


Every seed has what’s called a gestation period, which is the time for development or the period of time that a seed goes from seed to tree, or seed to flower. Well, every person in the world has been given the seed of life. Life has granted us all with the ability to manifest any goal, dream, desire, or vision for ourselves. God has created you in a way that his desire and love for you has given you the ability to do anything. The wait is over. Take charge now and get to the end of this book because being stuck is your past. Your future is at hand now.

SOMEBODY HELP I’M STUCK; Everyday people wake up feeling stuck in life, work, relationships, marriage, and have no clue how to change their situation! Now there is a solution, to feeling Stuck in life. This book will change your life in way’s you never thought possible.

“Rev. Smith has provided us with probing insights and practical realism. He takes an honest look in to the mind and spirit to lay out strategically ways to find success and achieve anything in life. This book is a self-help manual to guide us in facing challenges with the proper application and successfully achieve our desired goals. I commend this book to you--be prepared for the change and success God will bring to your life.”
—Reverend Dr. Lee. P. Washington Pastor, Reid Temple AME Church Glenn Dale, MD
www.reidtemple.org

Rooted in faith and written with love, Rodney D. Smith has created the blueprint for helping others pull themselves out of a rut and into a more fulfilling life. Somebody, Help! I’m Stuck is a step-by-step guide to success for anyone looking to go a little bit further, see a little more clearly, or reach a little bit higher. There is power within the lessons of this book. All you have to do is grab it! A must read!
—Shalisa Powell, MEdCollege President, Chicago, IL
www.shalisapowell.com

RODNEY D. SMITH is a pastor, author, seminar facilitator, life coach, and motivator —the “go-to guy.” Rodney has nearly twenty years of leadership experience. These experiences have come from training and working with people throughout various churches, schools, and businesses. Rodney has been a church planter, consultant for nonprofits, and is considered a leading expert on finding helping you find “clarity” for personal and business ventures. Presently, Rodney humbly serves as pastor of Parks Chapel AME Church in Dothan, Alabama. He is married with three children.