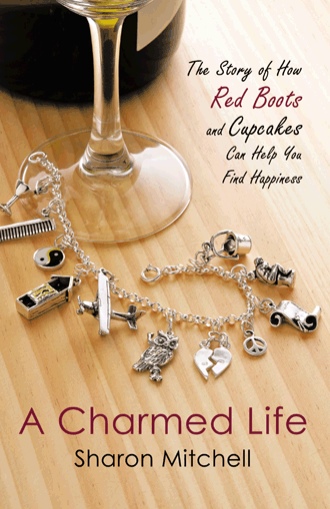 If you know someone who tries to drown their sorrows, tell them that sorrows know how to swim.

At sunset on the day of my 15th Wedding Anniversary I was sitting in a beautifully restored Gondola, on the Swan River in Western Australia.

As the Gondolier quietly pushed us across the smooth calm water, soft music played in the background generated from a small CD player behind him.  My husband sat closely beside me, as we sipped champagne and ate slowly from the platter of delicacies displayed artistically on the silver tray in front of us.

We had flown to Western Australia from the Eastern states earlier in the week.  Our children were with our babysitter back at the 5 Star Hotel we had booked for the duration of our holiday.

My husband had meticulously planned the remainder of our evening.  He had booked us into Perths best hotel. I found out later that he had arranged for the room to be full of bunches of red roses, and rose petals covering the floor and bed. He had planned that after our Gondola we were to eat a 5-course dinner at one of Perth most sort-after restaurants.

For anyone looking on at this perfect scene everything in my life seemed perfect.

Through our 18 year relationship, 15 years of which we were married, my husband and I had accumulated everything I had ever wished for.

We had two beautiful, healthy children - 11-year-old twins. A pigeon pair boy/girl set, first grandchildren on both sides of our families. Both children attended a private school close to our home.  We owned a multi million-dollar business, in a booming economy with nothing but an excellent economic outlook ahead of us.  We owned a large multi storey house on the hill in one of Canberra prestigious northern suburbs. Three late model European cars, including the coveted red convertible, sat shining in the garage of our home.

And then right there, my life flashed before my eyes. As I sat in the Gondola, the soft breeze blowing against my face and the setting sun warming the side of my face I realized, in that one split second, that I no longer wanted for anything. I finally had everything I had ever worked for. I actually had it all. This was it. As good as it gets, I had the whole fairytale ending.

And I was so unhappy I could die.

Why, when I had everything that our society had told me to work for since I was a very little girl, was I not happy. This was not at all what I had expected it to be. I had expected when I finally had it all, that I would at last, be happy.

And so suddenly, for the first time in my life, I was without hope.

Right up until this time, every minute of my life until now, I had always had hope that one day I would be happy one day.

One of my earliest memories was when I was 5, when my father left us. I don't remember there being any fighting, I don't even know if there was any, I just remember us being alone.

My Mum, older brother, younger brother and I left the small country town we then lived and moved to Canberra, or rather Queanbeyan, the small town right next to Canberra as it offered cheaper rents for a poor, single parent family.

My mother got a job quite quickly at the Post Office of Parliament House in Canberra, but an entry level job in the Public Service does not bring a large income, and we were poor. I am not really sure when it occurred to me that we were poor but I do know that I was pretty sure of it by the time Christmas came that year.  My mother had already tried to soften the blow of an empty Christmas by warning us that there was no extra money for presents or Christmas food. Then on Christmas Eve we were all surprised when the knock on the door saw us welcoming in an officer of the Salvation Army – he was carrying a box with just one present for each of us three kids and Christmas lunch for the next day.  Now I use the term Christmas Lunch loosely as the ham came in a tin, but I know we savoured that lunch and every inch of that ham and I still have the small faux opal necklace that was my present that day. And to this day I donate freely to the Salvation Army and I will never forget what they did for us.

That was the day that I knew we were poor.  And I decided then that I knew the two things you needed to be happy.

The root of my problems I believed, were no father and no money.

So, a marriage that lasted, and money that was what I understood that I needed to be happy. I knew right then what my goal was to be. Get married, stay married and get lots and lots of money. That would bring happiness. I never wanted to a Knight in Shining Armour to bring me all this; I was willing to work for it and that's what I intended to do.

And so, here I was in the Gondola about 33 years later, and everything I had worked for had not bought the happiness I expected.

However on that day I was not ready to admit to myself, or anyone else, that this could be because I was drunk.

I was always drunk.

I had my first drink at 15 years old, during a party my Mum and step-Dad were having. My best friend and I topped up our glasses of lemonade with port from step-Dad’s port barrel. I loved it. Loved it. I believe that a non-alcoholic cannot quite understand the feeling that we alcoholics get when we have our first drink, it is literally heaven. Nothing, nothing gives you that feeling like the first mouthful as the warmth spreads through your body and you know that the oblivion will soon hit your mind. We never drink for the flavour, we never drink to be social, we drink for oblivion, numbness, and to dull the feelings. I wanted for nothing else but to drink and it took only a few short nights before my friends and I were down by the trees at the school oval after dark sculling from the wine casks. I got drunk that next time, and every single time I drunk after that. Every single time I would drink for the rest of my life I would get drunk.  I have never, ever had just one glass of wine. Never.

It only took a couple of months and I was drinking every night. By the time I was in Year 11 the arguments with my Mum and step-Dad were excessive, and of course got in the way of my drinking. I got a government flat to live in as it was the only place I could afford, left school and got a job behind the counter at the local department store.

Apart from my drinking I really only had one thing I was interested in decorating cakes. I was lucky enough to get an apprenticeship as a Pastry Chef as I knew this is the qualification I would need if I wanted to make some money out of my Cake Decorating. Unfortunately, what I did not know is that Pastry Chefs start work about 3am in the morning. Since I was out until about 3am every night drinking it became very difficult to work.  I would go to work still drunk and I was living on a supply of No-Dose.

I gave up my dream of becoming a Cake Decorator and I found a job as a bookkeeper. This was the best job I could get for a young, unqualified alcoholic in the making. It was about this time that an incident in my government flats made me realize it was time for a change.

If you live in emotional pain, if you are working hard for what you thought you wanted and yet you’re still not happy, author Sharon Mitchell can help. In 2007, on the day of her fifteenth wedding anniversary, Sharon Mitchell realized that she had everything she had ever wanted and worked for—marriage; money; happy, healthy children; a multimillion-dollar business; international travel; a big white house on the hill; and three European cars in the driveway. Yet, she was desperately and inexplicably unhappy. Sharon, like so many women of her generation and the generations around her, realized that she had traded actual happiness and self-fulfillment for what she was told would make her happy. Shortly after this day, a life-threatening event forced her to face her demons and begin the journey of self-discovery that would change her life forever. She made the brave journey from the brink of death to recovery and, along the way, battled to save her marriage while launching an award-winning cupcake business. She found the courage to fly a plane and surprising joy from lessons learnt within the walls of Australia’s newest women’s prison. A Charmed Life presents both a fascinating life story and lessons that offer wisdom and insight into the roadblocks to emotional growth. Start your journey to happiness and fulfillment today.

Sharon Mitchell is an author, speaker, and business owner. She uses her own transformation to share lessons of inspiration and growth. She currently lives in Australia.