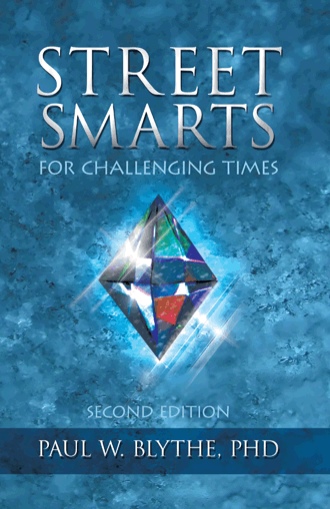 This book is written in the spirit of GULLIVER'S TRAVELS. In his day, Jonathan Swift used his book to alert people to difficulties in his society. In the 1950s, Anthropologist, Edward Hall said something, which I have found to be a key to many of our dilemmas: “Culture hides more than it reveals. And it hides most from its participants.” Because we are in our culture, things around us just become normal and ordinary. Incidentally, what is normal may not be natural! For example, 50 years ago it was normal for people to smoke in public places and there were many more smokers than non-smokers.

We don't see the way we are doing things because the doing becomes automatic. It's like walking around in a supermarket. We are concentrating on what we want to buy; but the way we move around the aisles, being courteous to other shoppers, just goes unnoticed until something rude happens. So people go about their days in Western Society unaware of much of the things they are doing. Most of these things are harmless but some of them produce pain, unwittingly. I call these cultural blind spots. In pointing to these blind spots, I am not poking fun. There is nothing funny about them really, but a sense of humour always helps.

Most of us are actually unaware of it but each of our eyes has a little blind spot. It is caused by the need for bundle of nerves in the eye to go back and connect to the brain. That part doesn't have any optic nerves on the surface and thus we have this small spot, which we get used to, where we can't see. Fortunately, for most of us, the other eye sees in that area and we don't lose any info because of the blind spot. Yet, to overcome our cultural blind spots, we need to adopt a different viewpoint. That often comes as a rude awakening. An important feature of this book is to help people see and overcome the blind spots. More important, we must recognize when and how we get used to pain and discomfort in our circumstances. We have become numb too much of our discomfort. Still, we must be aware of it, if we wish to change for the better.

While our Western society has been attractive to many for immigration, many are distressed by the lack of any sense of direction for society. Also, in spite of material wealth, people seem no happier than those in “poor” countries. Even very highly paid people are slaves to their job, working long hours, because there are things they can't trust others to do for them. Governments seem unable to see beyond the next election and are not likely to think beyond their own existence to push for sweeping change.

Also, most of these people lack any sense that their ideas matter, and they lack any sense that, if they had valuable thoughts, these could make a difference. Some years ago, a young woman was raped and murdered in a New York street. Nearly a hundred people witnessed the event that took about half an hour. No one phoned the police. When questioned, many said they didn't phone the police because they were sure that someone else had already done it. This kind of thinking in such a group of people is called “diffusion of responsibility.” It seems when a group of people is sharing the same experience, each person believes that someone else will do the right thing.

Some of us look to business leaders for a sense of social direction. Alas, business (large and small) can't see beyond the 90 day quarter. Their eyes are captured by the bottom line of their cash flow picture. They may wish to treat people better but it often seems impossible if they are to stay in business.

This book thus attempts to be a rude awakening about things in our Western Society that produce pain and torment. For the most part, this happens unwittingly, as I said. I feel particularly qualified to do this rude thing because I grew up in a very poor and relatively loveless home. So I rejected working class values because of the pain in my early experience. I also rejected most of the middle class values, because what middle class people had, seemed out of reach for me. That’s what some people do when they can’t get what the want.

I also felt I lived in a hostile world with people being unkind as they went about their dog-eat-dog ways, blindly of course. The media encourages us to see the world as a hostile place, by stirring people's anger, fear, and resentment about events actually caused by people who are out of touch with Natural laws. These feelings seem acceptable and even entertaining to people in a world where politicians, lawyers, and almost everyone seems to need to fight other people and situations. We seem to be under constant threat. Everyone has their eye on what is wrong with “them” and all fail to look for common ground where they might agree. But, because I rejected working class and middle class values, I could stand back from it all and see how these values cause people trouble. One blatant example to me is the huge expenditure of money, by people who can't really afford it, on Christmas gifts; in many cases thousands of dollars! The torment caused debt thus wipes out the love that people want to convey. My sense of a hostile world began at age 8, with school-yard prejudice because my family moved from USA to Canada.

There is a series of books called CULTURE SHOCK!, AUSTRALIA etc., one book for each country; 24 on my last count. All these books were written by people who were raised in another culture. Yet, that forced them to learn the hard way, as they made the new country their home. These foreigners, thus, had many rude awakenings as they found out what was special about these new cultures. With military service in Europe, and citizenship in three countries, I hope my reflections on Western Society will serve you in the same way. Also, overcoming blind spots we have a better chance for a full and rewarding life. If I seem to knock only Western Society, it is because I am not qualified to comment on Eastern Society. Yet, I have noticed that Asians, while alarmed at Western degradation, are generally eager to learn about the West.

Like it or not, we have been taught basic ideas on how to operate our lives. It's like an instruction manual. Yet, I intend to show just how faulty our instruction manual has been. We will systematically examine many of our basic ideas. We took on many ideas, and accepted them as true before our brains were developed enough. Now that we are adults, we can be more deliberate about ideas we wish to accept and those we wish to reject. If this seems impossible, remember these things:

1. When asked to guess their own IQ, people usually guess it is 8-10% less than it actually is!

2. Even a small change for the better on these matters moves us away from torment and toward a more satisfying life! This also rubs off on those around us.

3. As we relax, it gets easier to continue the work of choosing our basic ideas and not buying some superstition from the past that has been tormenting people for centuries.

4. When thinking about who has the brains, remember that there are over twice as many geniuses without college education than with. This point makes me aware that if you don’t read this book, you are stopped by difficult language, not difficult ideas. I will do my best on the language barrier!

Paul came out of nowhere. Inspired by helpful people and is wife, he earned BA,MA,PhD in Psychology, while feeding a family. Becoming a life long learner, he has lived a happy and successful life and is proud of his grown-up children in Australia.

Paul, as he is known to his friends, walks us through a virtual minefield of potential suffering, as people struggle with their faulty "user manuals" for living. He sees this suffering as unnecessary.

He ends on a topic of effective helping, because we often suffer other people's discomfort.

Page by page, he offers alternative ways of seeing what's real and what's not.

Now is the time to make a start.