A personal path to self-discovery 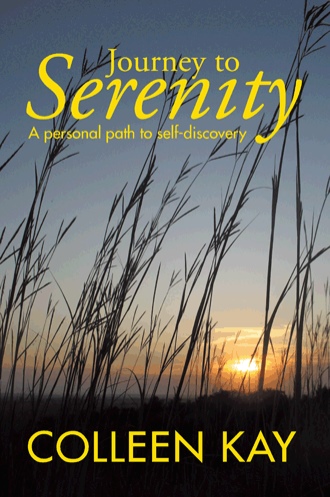 I’m writing this book to heal, to put closure to my past, and maybe my story can help you in some way, it is all part of my journey to serenity. I believe this all started when I was born I suppose, but I consciously became aware of it, and started to participate in it in January 1994 on one of the darkest nights of my life. I was in a relationship for about two years, sure we had our ups and downs, but we were struggling on making it work. Maybe, now as I look back, I was afraid of being alone again, maybe I just didn’t want to start over, maybe I didn’t see a need to get out, whatever the reason I stayed in it and on our two year anniversary I was pushed to make a change. I spent the whole day making an elaborate dinner, spending money I couldn’t afford, to create a special night for us. I was so excited, I had talked to him at noon and he said he would be there, everything seemed so good. The table was set, the candles lit and I waited for him to get there. By 8:00 that evening, I knew he wasn’t going to show, not even a phone call. I was so upset that I proceeded to do what any insane woman would do at that moment, wrote a letter ending the relationship! If he couldn’t make more of a commitment to us and didn’t even have enough respect for me to call and say he wasn’t coming, then I had had enough. It went on and on, I can’t remember exactly what it said, but the purpose of the letter was to make him feel bad enough to come running back, apologize, and say he couldn’t live without me. I called his sister to come over and watch my daughter while I went to his house and put the letter on his pillow, where I knew he wouldn’t miss it when he came home, if he came home, and I left to wait for his call. It never came.

“I could have been dead, not here today to tell my story, but I am here; nothing else matters!” —Colleen Kay

Imagine yourself on a journey from the darkest night of your life to one filled with joy and serenity. Through her personal journal entries, Colleen weaves you through the ups and downs of her path to self-discovery and a new life. She will inspire you with her warmth and compassion to begin a journey of your own.

You will see that you are not alone. There are others who are going through the same feelings, emotions, questions, and situations. Through her journey, Colleen gives you hope that you too can have a better life.

Follow the path of her journal entries as she transforms hardships into rays of light that quide her to serenity.

Colleen Kay has a gentle creative spirit that shines through in her writing. She was born in Sioux City, Iowa and graduated from East High School in 1978. She went on to the University of South Dakota in Vermillion and graduated in 1982 with a Bachlor of Science degree. Colleen is a person who lives her life outside the box, experiencing fully all the adventures. She is a Life Coach and Massage Therapist, living in Arizona.