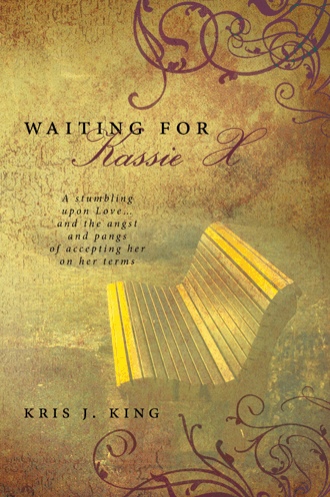 It had now been just over nine months since Kassie and I serendipitously met in Chicago. Although it felt more like nine years. I would think a lot about Kassie; where she was and what she maybe was doing. But mostly I wondered if she thought about me as well. I would also do some heavy thinking about my own life and where it was heading, of which I had no clue. It was strangely beginning to feel, that in hindsight, my whole life had somehow been purposeful; all events leading to another then another, all providing a link to each. Yet, at the same time, of all my life’s moments thus far, there has only been one event worth living for, and that, was my experience with Kassie. I mean, what does one do when, simply by chance, you eat dinner at the finest restaurant in town and there, you eat the most amazing meal you’d ever tasted in your entire life? Of course, you make a note of said restaurant and if you were ever in that town again for a visit, it would be a forgone conclusion that you’d stop in there again. Well Kassie was that restaurant. At ’Kassie’s’ I had the pleasure of tasting such a dish; love with a side of beauty. And I was craving it sorely. It was as if nothing in the world mattered anymore. Therefore, I knew that the only thing that was going to make me feel at ease and happy, was being with her. This is how I felt; and nothing, nothing in the world could make me feel differently.
Every day was a struggle to seem sincere, to try and keep a straight face in the company of family and friends. I just wanted to be alone. Not because I was such an acetic and now wanted to renounce the world; no, not at all. It was because it was becoming increasingly harder and harder to refrain from just blurting out to anyone and everyone that wanted my company:

It was truth. I didn’t care about anything; everything was meaningless.  The world, to me, was full of fakery and formalities. I wanted something real, again. I wanted to melt, again. That night on the train with Kassie was as real as it gets; and I wanted a do-over. Post-Kassie was the pits. I was missing Love. I missed her so much.

Imagine setting out on a journey of self-discovery with the idea of being alone and unknown. Then, imagine having a serendipitous encounter with someone who makes you feel more recognized than ever before and subsequently indirectly falling in love with that person. What does one do now with such an unexpected phenomenon?

This is the challenge that awaited Kris as he set out backpacking through Canada to—at least for a moment—steer away from the land where popularity and likeness and having a job with a pension often overshadows substance and meaning. As Kris put it, “All my success and adulation, past or present that I’ve received, of it all, there was simply nothing I could hang my ‘happy hat’ on. It just didn’t feel true anymore.”

So, with the intent of finally facing his destiny, the inevitable prerequisite of facing loneliness and solitude in order to “get the signal clear,” Kris decides to travel into unfamiliar territory, during which he faces shocking realizations about himself. All of his hardships inevitably cycle back to a tireless effort to seek out that one special someone that he’d had his chance encounter with: Kassie. The problem is, he never got any contact information; not even a last name. Yes, the journey back to love can sometimes be direct and indirect simultaneously, while never really knowing the true target.

Kris King is an avid traveler; “unmotivated movement” best describing his true passion. A backpacking journey through parts of Canada not only landed him on global foreign lands but also into the unfamiliar confines of his own inner dwelling. The insights and revelations he’d discover would ultimately spur the creation of Waiting for Kassie X.

As a student of life, Kris fervently believes that learning about oneself is mostly much more fun than mastering it. Therefore, he gives his best efforts in keeping an open mind while welcoming any opportunities or challenges that may be awaiting his participation and cooperation.

Kris lives in Springfield, Illinois, and continues to be an advocate of telling the truth to yourself about yourself, no matter how uninspiring it may appear. It eventually becomes your way out.

Kris King can be contacted by email at: krisking911@hotmail.com Or...on Facebook under: Kris J. King