Dig Deep in One Place

A Couple's Journey to a Spiritual Life 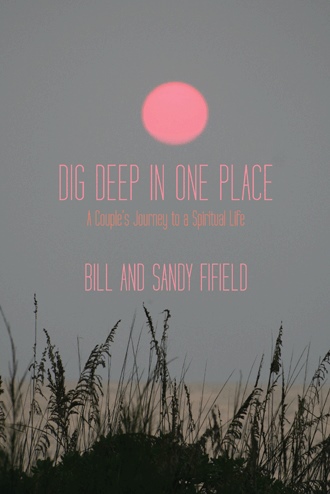 “Dig Deep in One Place: A Couple's Journey to a Spiritual Life” explains the actual recipe that the Twelve Steps of Alcoholics Anonymous are and how they can assist anyone in the transformation of their lives. The title of our book explains how we have lived our lives together moving through our relationship, marriage, codependency, addiction, and health issues to happy, joyous freedom. The Steps are way to rise above fear and live a happy and peaceful life. We have no desire to tell anyone how to do the Twelve Steps but to begin to scrape away the mystery surrounding them using our own practical experience to show how unbelievably simple it is to change from negativity to freedom. “Dig Deep” tells the simultaneous stories of this couple's pilgrimage using two views of the same events. The book tells of the depths of depression, addiction, codependency, fear and the miracle of recovery. It is filled with tears and laughter. The truth is The Twelve steps are not self-help--but helpfulness to others. The mere reading of this book will fill everyone with hope! Hope is not the promise of a good outcome; it is the realization that somebody truly understands and there is a way out of any difficulty you may have. Doing the Twelve Steps will stop you from forging the chains that bind you. Free at last!

Since 1968 Bill and Sandy Fifield have worked in partnership to perfect their artistic passions in wood and glass. The intricacy of Sandy's stained, beveled and fused glass is facilitated by her background as a maker of fine jewelry. Bill is an artist, designer and craftsman who uses master woodworking techniques and folk art methods to make everything from entry doors, desks, tables and chairs to hand-carved gun cases, mantles, pillars, corbels, and Adirondack twig furniture. In mid-1992 when recovery entered their lives, they enthusiastically threw themselves into helping others. In the following nineteen years, they have never been without a volunteer position. In conjunction with service, they have mentored over 1500 people on a one-to-one basis. Based on the Alcoholics Anonymous Twelve Step program of recovery, mentoring experience and commitment to “passing it on,” they have developed into dynamic, popular and engaging speakers. Their workshops draw from their own first-hand knowledge of the challenges and importance of a structured, guided and simple path to personal accountability. The Fifields have traveled primarily throughout the southwest speaking to groups ranging from ten to eight hundred. When they’re not out being of service to others, Bill and Sandy are likely making art (and a mess) in their studio, writing, teaching students or walking their beloved Scottie dog, Thistle, on their beautiful mountain property in Conifer, Colorado 35 miles SW of Denver. They also enjoy vigorously working out and dishing out enormous amounts of gratitude to everyone they see. They have truly dug deep in one place.