To: Forgiveness From: Love 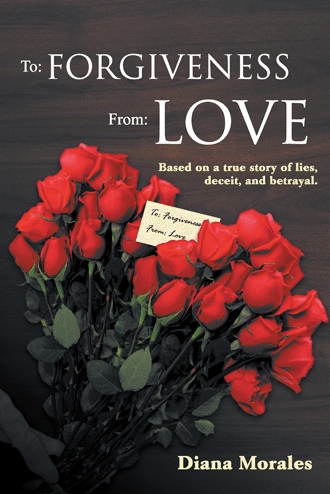 You picked up this book for a reason; it’s not by chance. Do you suspect your partner is cheating on you? Do they tell you you’re crazy, jealous, or blame you for being over the top? Do you want to know for sure? Learn of one woman’s struggle of living with a sex addict. Learn how to detect the red flags, to what great lengths they will go to hide their dirty little secret.

Diana Morales is an energy medicine practitioner, Certified Massage Therapist, Neuro Linguistic Practitioner, and accountant. She is a successful accountant for more than twenty years until some life-changing events forced her to search for a different way of thinking and living. Diana holds workshops that have helped many people to tap into their inner power. Diana will walk you through her struggles and insight of living with a sex addict. This is a story of a sex addict out of control and crossing that line of no return into molestation. Learn how she survived lies, deceit, and betrayal.