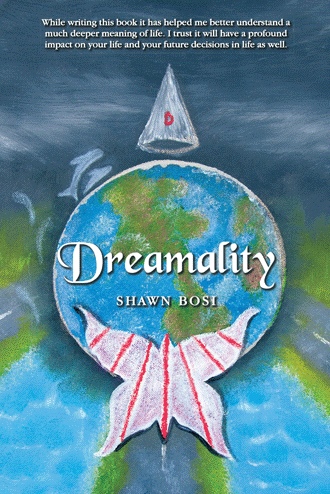 The sky was completely blue to the West. I explored the formations and noticed a strange eye in the sky. It was starring directly through me! It had to be an Angel making itself seen! It frightened me slightly.
The rain hit the window with intensity. It seemed similar to a shot of whiskey. A total blur of water with each downpour. The wipers sounded as they wiped the windshield. They couldn’t keep up with the amount of water falling.
Cling! Cling! The hail Sounded! Singing a horrible song as it hit the vehicle vigorously. They fell angrily on the vehicle leaving indentions on the hood of my driving billboard. The ice balls covered the asphalt and the pavement became a skating rink before me.
I began speaking to God. Praying like a seven year old left alone in a dark room. Please forgive me and save me from my terror. I promised I could and would change!
This storm was sent upon me to frighten me straight! I pleaded with him for forgiveness.
My eyes filled with tears as they glanced across the frightening sky.
The teal green and blackness appeared as a Van Gough painting. The images placed themselves across my windshield.
I heard an Angel voice speak to me. I was told not to worry, for I was safe.

Shawn wrote this book based upon his life experiences as a struggling business owner trying to remain spiritually grounded in 2013.
His personal relations with an angel appearing as his ex-girlfriend had a profound impact on his life. He felt driven to share this unique story with the world. He lives eight months out of the year in Homer Glen, Illinois. The extended winter months, he lives at different locations in Hawaii. His personal life is always an adventure. He enjoys spending time with the angels, while doing his best to stay on a clairvoyant path. Dream and reality merge, and “Dreamality” forms while experiencing God’s pace in his life.