Dare to Be Rare 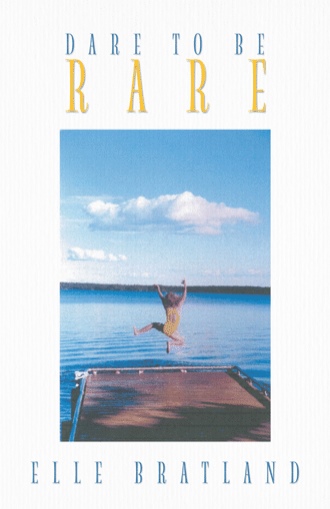 “Dare to Be Rare” is a spiritual roadmap that guides YOU to understand the importance your core beliefs are, affecting every aspect of your life. “Dare to Be Rare” guides you to take steps to change your beliefs and then live your life as you dream you can. If you are searching for an understanding of how God/Spirit relates to you in the “here and now” reality of today’s world, reading “Dare to Be Rare” you can acquire new, self- rewarding beliefs about yourself and your relationship to Spirit. You don’t have to be perfect to have an intimate relationship with Spirit. You already are having one and you always have, but you may not have known it if you harbored the old religious belief of God in the sky and little you and me, separate and powerless beings, down here. As you read this book you will find surprising answers to your questions that can change your life for good. “I was drowning. Rev Elle’s course on meditation helped me stay afloat until I could be rescued.” –E.B “The alleged cancer is gone. Thanks for your counseling Rev. Elle.” “Rev Elle, I signed a $180,000 HUD contract. Thank you for teaching me to believe in myself.” –M.T.

Elle Bratland, mother of four, co-owner of a thriving tourist business in Canada relocated to Chicago to attend the Science of Mind classes required for Ministerial licensing. Several years later, as a licensed Science of Mind Minister she successfully led the congregation at the Center for Spiritual Living in Cape Coral, Florida and was ordained three years later. She has taught numerous classes and workshops both in the U.S. and Canada and has served in other Science of Mind Centers. She resides with her husband in Port Orange, Florida, writing, counseling and speaking. Reach her at seminarsonwings@gmail.com.