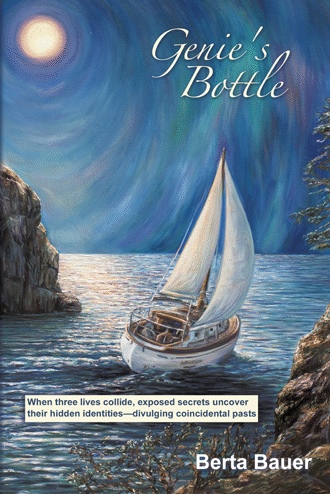 “Excuse me,” Vincent said, “Do you want the car brought around this morning?”

Her somber eyes gazed out the sitting room window at the sea of tulips blooming in dazzling colors. Throughout the seasons, the brook meandering through the garden captivated and held her eyes, but never as long as it did each spring. He watched her eyes retain their stare while they reluctantly turned towards him. At last, they blinked and refocused on him, yet he could tell she hadn’t a clue what he had just asked.

His eyes dropped as he said, “I was wondering if you want the car brought around this morning.” He looked back into her lucent blue irises and watched astonishment replace the grave stare. He stammered, “To, to take you to the, to the river?” The incensed glare he received made him realize that the annual May Day trip to the isolated and overgrown riverbank was not something he should’ve brought up. Even though he had made the trip every May Day since he had come to work for her eleven years ago, it was a mistake to let on that he was aware of the pattern.

“Yes, Vincent.” Her eyes held their stare before they turned back to the window.

This was the best job he could ever ask for 364 days a year, but an eerie mystery shrouded every May Day. Vincent had no idea that this would be the last May Day he’d spend wondering what secrets lay buried at the riverbank, nor could he have imagined the changes to come when those secrets were exhumed.

As Kara grabbed for the cable, she sputtered under her breath, “I’ve imagined many things about Dr. Rikk Harmon over the years, but I never thought he’d turn out to be just another arrogant wannabe sailor who knows someone will bail him out whenever the wind blows.” The cable jerked away just as Kara grasped at it. She yelled, “God, he is nothing like the man I imagined him to be.”

Facing Dutch as the cable flew back at him, Kara shouted over the wind, “He’s probably having a drink in his warm den, watching TV in front of his gas fire place. Just flip the switch and instant fire. Here we are, rescuing his brand new boat!”

They continued to grab for the cable as it flailed and whipped past them, but the now inky sky complicated tracking it.

Dutch took his eyes off the cable and scowled back at her. “Geez, Kara, the Doc got called to the hospital for an emergency. He said he thought he’d be back in a couple hours. Why the hell are you acting so strange? I ain’t known you long, but you never been so quick to sneak away as you was when you met the Doc. It’s like you got something against him, and you just met him.”

Kara knew he was right. She wasn’t acting normal around Dr. Harmon. She turned away and reached for the cable, glad for a reason not to answer Dutch.

“What’s up with you anyways? I’ve seen you charm all kinds of boaters you just met these past couple weeks. Hell, Sophie and Pete would be at the bottom of the lake without you. The Doc’s got you hiding away in Genie’s Bottle. You’re acting like he’s evil.” Dutch’s voice trailed off as he ducked, but the cable’s shackle grazed his head. He caught it when it swung back towards him. Dutch struggled against the wind’s determination to jerk the cable out of his hands. The dock lights provided enough illumination to see the shackle was intact, but scratches covered its surface from the keeper pin wiggling free.

“I’ll get a line to tie it off,” Kara said as she jumped onto the dock. As she grabbed a worn dock line out of Genie’s Bottle, she thought about what Dutch had just said. She had never thought of Dr. Harmon as evil, although he was shrouded in mystery. She imagined him to be—what? So many things, but never evil. Maybe this time his piercing gaze was recognition of her, but then what was the cause of it the previous time they met? Everything about him made her bristle. The one person she never expected to see again—and sure didn’t want to see again—was the brooding and irresponsible doctor whose surprise reappearance this morning was so opposite from her impression of him seventeen years earlier. Fortunately, tomorrow morning she would sail out of this marina and never have to see him again.

Dutch and Kara lashed the topping lift to the lifeline. The repair was simple: connect the boom to the topping lift’s shackle and insert the keeper pin. The fierce wind would make it difficult, but without deliberation, Kara and Dutch began the repair. Dutch yelled, “I’ll see what I got for pins.”

“I’ll bring a few spare fenders and lines to add to his boat. We’ve got to move this boat ahead so the side stays don’t get tangled with Miss Sea’s outriggers.”

Dutch yelled, “I’ll get a flashlight and a couple of fenders too.” He disappeared into his cabin while the boom rumbled around on the OSQ’s deck. Kara grabbed a life jacket and some old worn fenders and lines from Genie’s Bottle. She set the end of the boom on the life jacket to protect the boat before she added three fenders to the boat’s starboard side. The wind howled past in a violent blast, and the OSQ listed perilously close to Miss Sea again.

The flashlight beam arced through the sky, and two fenders swung like pendulums from their lines, bouncing against Dutch’s legs as he jumped back onto the Dr. Harmon’s boat. He set the flashlight down and started to untie the topping lift.

Kara yelled, “We’ve got to move her ahead a couple feet, NOW! Before we fix the boom!”

Another wind gust bore down, blowing the two boats dangerously close together. Without a word, he added the two fenders to the boat’s port side. Fighting the wind’s incessant attempts to crash the OSQ into Miss Sea, they waited for the gust of wind to pass before Dutch eased the aft dock and spring lines on the cleats, while Kara took up slack on the bowline. They maintained tension on all the lines to keep the OSQ close to the dock. With it repositioned, they secured the OSQ with two more spring lines.

Dutch pulled the keeper pin out of his pocket and clenched it between his teeth. Kara lifted the boom up and spotted the flashlight on the cable as Dutch took the boom from her and hefted it with one hand onto his shoulder. With the topping lift thrashing about in his other hand, Dutch flexed his knees to ride out the pitching boat. Kara stood on the cockpit seat, took the boom onto her shoulder, and held it as still as possible. With his hands now free, Dutch began to line up the shackle and insert the keeper pin. While they worked, neither Dutch nor Kara noticed Dr. Harmon running down the dock toward his boat.

The wind gusted, and the OSQ lurched to the port side at the same time Dr. Harmon stepped onboard, weighing it down and counteracting the port list. The combination threw Kara off balance and propelled her onto the cockpit floor. Dutch caught the boom and hefted it onto his shoulder. Kara stepped back onto the seat, but as she reached for the boom, it slipped off Dutch’s shoulder. He caught the boom in the crook of his elbow as it collided with Kara’s forehead. She watched it come down but didn’t have time to dodge its path. She shut her eyes as it glanced off her head and heard the thud echo in her ears over the wailing wind. She crumpled backwards and saw Dutch bobble the boom.

Dazed from the crack on her forehead, she became aware of someone holding her upright, securing her tight against his torso. She held her breath and time slowed; Kara fought to remain conscious. She had to help Dutch secure the boom. When she opened her eyes, a sharp pain surged through her head. Then Dr. Harmon’s calm voice resonated, “Kara, hold still,” and a tide of exasperation flooded Kara as her eyes fell shut.

Dr. Harmon held her jaw and head against his chest. Or was she dreaming? Please, let this be a bad dream. Kara opened her eyes

What caused the boom to crash down on Captain Kara’s head and delay the final leg of her voyage home to resume her career? Is it sailors’ superstition, or does Kara’s beloved sailboat, Genie’s Bottle, have magical powers that forced her to abandon her solo Lake Superior crossing? Between May Day and Memorial Day, Kara, Rikk, and Dutch confront their long-held fears they’ve kept guarded with ferocious skill. As all three begin to make conscious choices, their exposed secrets uncover their hidden identities—divulging coincidental pasts. Together, they discover the synchronistic treasures accumulated over decades and revealed during the month of May.

Berta Bauer’s imagination, humor, compassion, and love of mysteries flourished when she rediscovered her passion for writing while she released the story brewing inside her for years. As a writer and coach, she fulfills her destiny to inspire others to discover their authentic self, achieve their dreams, and live their passions.