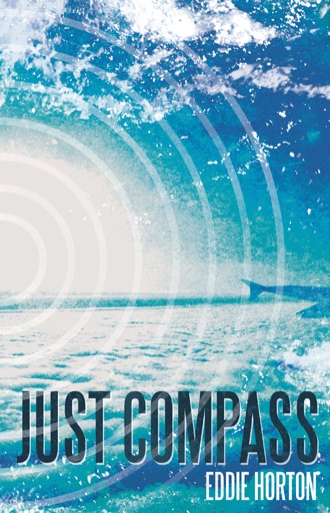 To say what happened to me left me lost for words, is really a contradiction in terms, as frantically written ones in their tens of thousands would later be found to explain what I wasn’t able to vocalise. But to get to the stage of being able to lay them down for you to read could not have come to fruition if not for his belief in what I had said, his ability to painstakingly transcribe the aforementioned scribbled notes that looked to me more like the hieroglyphics of a child’s first watercolour. If not for his utter dedication in fulfilling my dream, would it not have become his dream too. He patiently listened where others failed to grasp installing the faith I needed in myself where even logic erred on the side of madness. The more he delved the more he uncovered showing us both that there was far more captured within the scribbled pages than we could ever have imagined which spurred us on even more; as the book grew we did too. It is obvious that without him Just Compass would not be, simply lost for ever just as I would have no doubt been. His tireless passion far exceeded these pages as his own diligence pointed the way to the publisher’s, showing always the way forward; including the simple to see message, believing I could help others just like he says I have helped him. Words for him are not enough so no more but one: Lee.

I am not naïve enough to presume that what happened to me makes me special, as from somewhere I am assured these type of occurrences are happening to people all the time. Although in many such instances individuals cannot comprehend or accept what their senses are telling them thus rejecting any rousing awakening by simply being so overwhelmed by its enormity that normal day-to-day life sends it packing until the cycle comes around again to see if perhaps on this occasion perception will allow an audience with inner soul.

However for those that are fortunate enough to grab hold of the experience they have much to cope with, believe me I know. Such souls suffer changes in their mental as well as physical demeanour often sending them in a completely new direction or – if you can grasp the idea – perhaps along the path they were destined to be on. So, for those that have stepped through the opened door, big changes are without doubt afoot as the guiding hand of your new-found perception looks at everything with a mounting clarity of vision resulting often amongst other things reorganising relationships as well as employment.

This whole new thinking process is so positively charged that it’s like being on a quest. You have basically joined forces with yourself. Your outer being has become one with your inner one allowing the new-found you to be bound only by the blindness of man’s current capabilities that have without doubt endless possibilities.

In these situations new abilities that weren’t there before or weren’t used before manifest themselves. This could be shown through drawing or painting or music or however inner expression surfaces, as well as excelling in work which will turn from a job to no doubt a vocation but always in the realms of helping people from the heart or at the very least doing good or charitable deeds.

These events come with a new-found enthusiasm but when asked what happened to promote such a change the answer is almost always very sparse as the very nature of these experiences are so intense that recall for any of it is very transient as too it is so overwhelming that the recipient is left pretty much speechless or in simple terms just ‘lost for words’ as to come through such a scenario is not easily classified through our so far comprehending vocabulary.

You’ll often just get ‘we’ll, I’ve seen the light’ or ‘I just suddenly thought what’s it all about’ or ‘I had a vision’ or ‘I had an epiphany’ etcetera etcetera. Although believing I have, perhaps unwittingly, unearthed a single omnivariant serving as an underlying common denominator that sets all us such souls apart; I nonetheless found it extremely difficult in trying to come to terms with what happened to me as an individual, in fact that task goes on. Some things are so beyond our sane understanding that the only way, for many, to cope with it is to simply try to erase it from memory. As, if you can’t believe it yourself then how can you expect anyone else to, but in the same vein feel truly blessed when someone does.

My ‘event’ happened while away on holiday of which before you conclude the, probable, obvious I promise oathly it was not through any inducement or searching for anything whatsoever other than visiting family twinned with some chilling out on the beach. Anyway, once home I tried to hold onto my seemingly fading sanity while telling those who’d listen as best I could what had happened. I felt so different within all my senses but I knew that time would chip away at my reminiscing until one day, for sure, with no one else to tell or listen I would be again consumed by what we deem as our normal day-to-day life better known as the so-called real world.

But without realising it at the time my experience had given me an ability I didn’t have or at least hadn’t shown before. The ability, well actually the need, to write raised its very less than ugly head but write what? OK I’ll tell you. During my funny turn, which by the way was anything but funny, I frantically wrote tens of thousands of words. Some words I knew as too some I didn’t, some writing I recognised as being in my hand but again on some pages I didn’t. I had unwittingly written that there was a books worth of words as too that it would indeed be a book with even a title that was itself given within the myriads of crumpled pages.

Although at the time I had no idea what it was about as it wasn’t until about six months later that I, well my son actually, began transcribing the scribbled notes into a legible format. On reading back in printed type I was amazed at what, apparently, I had written at which time my dictionary turned many pages as I sought definitions of words that were strange to me.

Well, cutting to the chase what happened to me was not only contained within the pages but in remarkable detail. I say ‘remarkable’ as for me to remember what I did a day or so ago would be arduous to achieve let alone of months prior – weird… very weird. So the intense overwhelming incomprehensible experience that left me almost lost for words in effect had actually given me all the words needed to show my inner awakening.

My gift was not of painting or music but an unwitting recall that from somewhere was granted to me allowing it to be my gift to you bringing to life an event that leaves all so many lost for words that in turn may leave you the same, that is, lost for words. But regardless of how this takes you or makes you I cannot accolade myself solely for Just Compass just as it is also too surreal to suggest it was borne via divine intervention. However wherever it came from one thing is for sure that every single solitudinal word or letter thereof emanated from the emptied hearts of many depleted pens held within my disbelieving fingers.

Eddie’s spontaneous awakening experience changed him overnight, forever. Walk with Eddie through what would turn out to be his journey of spiritual awakening, as his two mindsets battled between ‘this is it!’ and ‘is this it?’ Follow Eddie’s journey as he constantly questioned what was going on—as he embarked on a quest with no idea where it was headed. Would he ever get to understand what was happening to him before being consumed again by the so-called real world? As amazing as Eddie’s story was, he soon came to realise that it was perhaps too far-fetched to be understood. But fortunately for Eddie, someone was there to listen—to reassure him he wasn't just going mad and to help fulfill Eddie’s newfound dream of getting his words published. Written entirely from the heart, Just Compass is as raw and profound as it is magical, leaving many in disbelief that just ‘one of us’ could possibly have all this to share from … well, nowhere. After all, Eddie is just a normal family man—a full-time builder with kids, a mortgage and plenty of bills! Everything described in Just Compass is true—real events with real people in real places, nothing added or taken away. There are funny bits, sad bits, rude bits, and even made-up words. Eddie gives it to us as it came to him. Wherever it all emerged from may always be a mystery, but one thing is for sure: Eddie feels fantastic for it. This feeling has given him a passion to share with you his experience to comfort you in your own journey of awakening.

Eddie Horton was born in London, where he has worked as a builder for most of his life. In 2009 Eddie had a spontaneous spiritual awakening that radically set his life on a new course.