Is Your Fork In Tune?

The Search for Resonance 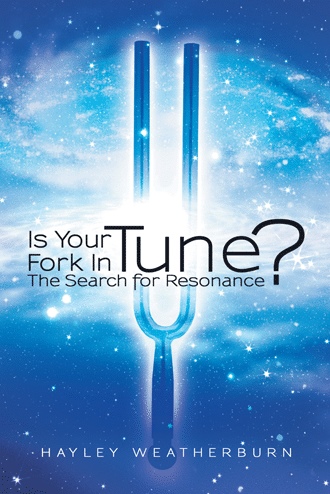 Life is like a tuning fork, and the answer to everything is energy. The end.

I hope you enjoyed the book. I really don’t need to go on. I’ve given you all the revolutionary answers you need to know to change your life and bedazzle your friends and family. I imagine you feel inspired, revived, and satisfied with knowing the answers to all those unexplained phenomena you’ve always wondered about, including the meaning of your life. You are seeing the world through different eyes.

For those of you who prefer a bit more information to back up this amazing find, I guess you could choose to read on. Perhaps you’d prefer a few real-life stories to add interest, or maybe a bit of fascinating science to add substance, or even some interesting research thrown in for good measure.

So choose to read or not to read: that is the question for you. However, I recommend that you read further—and don’t just believe the first thing you read.

Let me start from the beginning. Why did I even begin to search for answers to questions that, until recently, have vexed me for most of my life?

As a curious young thing, I was always asking why. As a kid, much to my parents’ frustration, I would follow any comment with an inquisitive “Why?” over and over again. A simple conversation could go like this:

I am surprised my parents didn’t literally strangle me during one of these conversations. A simple statement about putting on my socks could end up with all kinds of questions about the meaning of the universe!

Throughout my life, this curiosity and thirst for answers has never stopped.

At school, we were taught a vast array of subjects, some of which were contradictory. Take science and religion, for example. My favorite subjects were science and math. Why? Because there were only right or wrong answers. It seemed simple enough to learn these facts—until I went to religion class and was told different ones.

This completely confused me. How could one subject tell us one thing—that the universe began with a Big Bang—and then another tell us that God created the universe and everything in it? How could teachers and parents (at that time, the authority figures in my life) teach us two completely contradictory answers? How could they both be right? And if they couldn’t, then which one should I believe? Science, which had the facts, or religion, which asked you to rely on faith? I certainly hated being wrong, so what could I do? So throughout my time in school, I decided to accept both tentatively and work out later which was right. This conflict remained in my subconscious, keeping me intrigued by these areas of questioning until I eventually decided to become a little more proactive about it all.

In the meantime, there were other issues that caught my attention.

At school, I don’t think I ever really had a sick day. I often heard my mum say to other parents, “Hayley never gets sick.” And I didn’t. Then there were other kids who always got sick. I thought I was just lucky. Growing up, I learned about the “placebo effect”. This is when a doctor gives you a tablet or other type of medicine that actually has no drug in it at all, but the doctor tells you it fixes your ailment. Surprisingly, it still works and can heal without any medicine involved. This concept of “miracle healing” intrigued me. I heard of people becoming better overnight—which baffled me—or worse, becoming intensely ill overnight. Could the mind heal or destroy matter? This phenomenon lodged in my subconscious next to my previous unresolved conflict, both awaiting some kind of answer. Only instead of finding solutions, I continued to add to the ever-growing list of questions I had filed away in my mind.

From the age of six my parents took me traveling. By age twelve, I had been to Los Angeles, Mexico, Singapore, Hawaii, Malaysia, and Hong Kong, and I had even lived on Christmas Island in the Indian Ocean for two years. In the process, I was introduced to many different cultures with all their interesting beliefs and superstitions. Christmas Island was mostly populated by Chinese and Malaysians. We celebrated the Chinese New Year, and I remember getting red envelopes with money in them. Red meant good luck, and the money was supposed to bring you prosperity—at least, that’s what I remember understanding as a child. Down in the Malay kampong, or village, I also remember hearing Muslim prayers continually being announced over a loudspeaker and watching Muslim worshippers praying on mats that faced east.

These different influences opened my eyes to new cultures, beliefs, and superstitions, adding to my questions about religion. Not only was I now asking which was right—science or religion—but also which religion was the right one. They seemed to have similarities in that they all had a God or gods, but they also had a lot of differences in their beliefs and superstitions. Later, I discovered that even some of the sciences conflicted with each other. The whole ordeal bothered me, but at this stage it wasn’t yet enough for me to do something about it. I could still live life well enough without resolving these issues.

At the age of twenty-one, I was well on my way to achieving what was expected or appropriate in my society. I had graduated from university, found a full-time job, bought a car, and was running an internet business on the side in an effort to build my income for an early retirement. Although by all accounts I should have felt satisfied, instead I felt hollow, empty, and directionless. Based on a brilliant suggestion from my mother, I made the decision to travel overseas for a year, and within three months, I had packed my bags and left. What was to be one year turned into five years of traveling throughout Europe, Africa, Asia, and North America. On the way, I had many amazing experiences and met a number of unique individuals who shared their experiences with me. During this time, I accumulated more and more unresolved questions to store in my to-be-answered-later file.

One great paradigm-shifting experience happened to me in France. While staying in an old chateau, a friend and I both experienced a haunting. I’ll speak of this in detail later in the chapter; for now, I just wanted to bring it up to explain the conflict I was feeling at the time. There I was, with more of a mind for science than for what I felt was fiction, being haunted. It didn’t make sense to me, so I added it to my ever-growing file and continued on my journey. Talking about this experience to others only made me aware of more unexplained phenomena: stories of animals seeing ghosts, of people randomly thinking of their friends back home and then bumping into them in a different country not long afterward, of psychics who could talk to people who had passed away or even predict the future. I crammed all this into my now overflowing file.

At the age of twenty-six I decided to come home. I was feeling the urge to build a life that would allow me to travel anywhere, anytime without worrying about money. I also wanted eventually to have my own family and didn’t think I would find someone to do this with me while I was traveling and leading a very unpredictable life. This decision finally led me to do something about all the unanswered questions that had plagued me for so long.

Ever wondered how twins can sense each other, even when they are on the other side of the world? Or thought about why you suddenly think of someone you haven’t seen for ages and then they call you on the phone – how does that happen? Have you ever experienced or heard of animals predicting earthquakes or even “sniffing” out cancers – what makes them do this? Religion and prayer seem to produce some intriguing miracles – can science explain this? And then there is paranormal activity and superstitions – are they real and if so what is going on that we don’t understand?

These and many more questions plagued Hayley Weatherburn to read, research and learn what was going on behind the scenes. Being of a scientific mind, she delved into the realm of quantum physics and discovered an answer. Explaining it very simply with a few amusing and personal anecdotes, she goes through different aspects of life as we know it and provides an interesting view on the way the world works and how to apply this new paradigm to your own everyday life.

Whether you are a scientist, an atheist, religious or you’re not even sure, this easy read takes you on a journey that may concrete your personal beliefs and help you to discover who you are, and what you believe in.

HAYLEY WEATHERBURN is fascinated by energy, more specifically, the frequencies in our world pertaining to human energy and how they affect us as individual consciousnesses. Having always been interested in the power of the mind, Hayley is a lifelong learner. Questions surrounding the science behind thought, energy, and frequency plague her, so she continues to read, research, and educate herself on all aspects of consciousness, unexplained phenomena, quantum physics, and anything else which helps her to understand this fascinating reality we experience on a day-to-day basis. In other words, anything that can help explain the unexplainable!

Not only has Hayley written about these phenomena, she also enjoys giving talks on metaphysics which are aimed at helping people reach their true resonating frequencies. Her goal in life is to inspire people to evolve on a conscious level by helping them discover their unique traits.

Hayley spent five years of her life traveling through Europe, America, Asia, and Africa, learning from all of her experiences on the way. Finally, however, she decided to settle in Brisbane, Australia. When she isn’t writing and researching, she is traveling, practicing Bikram Yoga, volunteering for the International Academy of Consciousness, or generally just socializing with her close friends and family.