You are a Wonderful Mother

The story of one woman finding her strength within. 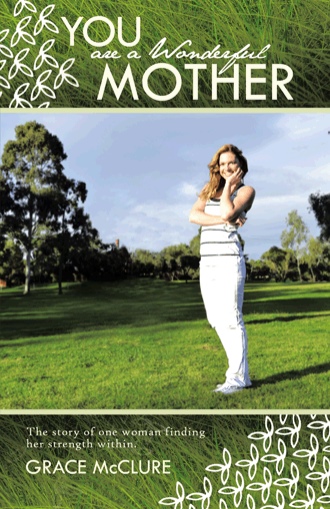 “I just love you so much. I just don’t want to let go of you.” Billy
The first time I listened to my intuition and I mean really listened to my intuition, I was nineteen or twenty years old, lying on the king-sized bed in my boyfriend, Johnny’s house in Melbourne. I had earlier bought a pregnancy kit which had showed a barely there, faint, second blue line. Both of us were not quite sure what that meant; I was scared. Johnny drove me to the medical clinic in Templestowe, to have a blood test to see if I was really pregnant or not.

I don’t remember much about the next twenty-four hours; I think I must have disassociated from the uncomfortable feelings of not knowing until the phone-call for me the next day. I was in the other room when Johnny’s mother, Deb, called out that there was someone on the phone for me. I was much less confident in my inner knowing then, I wasn’t sure who the phone call was from, although if I had been honest with myself, deep down, of course, I knew. Deb wasn’t aware of either of the tests so I took the phone, noticed her puzzled face, said nothing and slipped into another quiet and dark room. The voice on the other end was female and sounded about forty years old and nervous when she brightly asked for confirmation of my name. I affirmed who I was, she paused and then said: “We have the results of your pregnancy test, darling; what did you want it to be?”

I felt sick inside and mumbled something like, “Well, negative, I think.”

There was a brief silence before she responded. “Well, it’s positive.”

I think she may have asked me if I was okay after that though I’m not quite sure as everything turned into a blur. I remember thinking to myself that it wasn’t a nice way to tell me, then acknowledging the thought that some people actually wanted a positive result. I raced upstairs, curled into the foetal position on John’s bed and was silent.

I learnt the value of self-discipline before my final years at Pembroke School, one of the best in Adelaide, if not Australia, and achieved top marks in most subjects. I especially excelled in English and Drama. I was never a state or national-level runner, yet I was good enough to win the most outstanding all-around female athlete in my final year and good enough to be a member of the First Eight rowing team, which I adored being a part of. This didn’t stop my self-doubt, however I did manage to hide it quite well. Mr Grant, my class tutor and final year English teacher had commented next to the A+ on my report that I was an excellent student of the highest potential and had the choice of any career. I started to think that maybe I was good at English and writing and it felt good that he believed in me. After school, I had already started commerce law and then changed subjects and universities to study media, with the plan then to go on to law. I couldn’t understand! I wasn’t the girl who got pregnant at nineteen! Yet there I was.

Johnny and I talked about it a lot for two days. His football career was paramount to him and he was starting to play well and earn recognition as a professional in his sport. He had overcome open heart surgery in his twenties and worked hard his entire life to play AFL football and he wasn’t sure children right then would be the right decision to make, yet he said he would support me in my decision. I knew it was up to me. We decided to tell our families even though I wasn’t sure what to do. They said they would be supportive of us and our decision, whatever that was. Deb; lovingly thinking that we were telling her we had decided to have the baby, was initially delighted but had to hold back her elation because we weren’t sure yet what to do. Someone else very close to me said that if they were in my position, there was no question; they would definitely have a termination. Upset and confused, I began to think about all the options.

On paper, looking at my age and background and what all our friends were doing, there seemed only one sensible option. I felt the pressure and ambition that most girls that age feel. What about a career? It seemed to me then, that women needed to be career-driven to be successful, not mothers? What about university? What would everyone think? Surely it would be a failure to be barefoot and pregnant at nineteen? My mind was terrified and fearful. I never doubted my ability to be a mother yet I was terrified of what everyone would think, say, do and be saying about me behind my back. The human ego feeds on fear and seeks to destroy love and spirit.

Huddled into a human ball protecting myself from the world on that enormous king-sized bed I was feeling alone, even though I had support. I felt afraid, confused and unsure, even though I was safe in Johnny’s house. I stayed quiet and I went within. I was still and quiet long enough. I stopped long enough. I started to listen to my heart, body, mind and soul, to my inner core intuition; my gut, my knowing and I focused my attention only on that.

In the beginning it was a tiny whisper, which slowly grew to a murmur that became clearer and grew stronger until finally I knew what I had to do. My intuitive strong voice spoke in a feeling from deep within my soul. I listened to my intuition carrying the vibrations of feminine love and I knew that there was only one thing I could do and that nothing else mattered.

There was no other choice for me. I had to protect this little thing inside me, no matter what. Somehow, even if it meant I had to do it alone, I would have this little baby, this little thing growing inside me. I would cherish and nurture this little seed of life and bring it into the world, choosing to do so above anything else; and somehow I knew I would find a way to do it. Luckily, I was blessed; I wasn’t alone. Johnny stepped up and supported me. Then, we shared our decision with our families. My parents, John’s parents, my sisters, his brother and their partners were, to my surprise, proud and joyous. I am forever thankful that I stopped long enough, to listen to, that voice of intuition, the voice of my soul; it guided me then and guides me now in every moment of my life.

I know that you, too, have the power to listen to your intuitive voice. I feel like that day, I listened to spirit and my son, Billy’s, soul asking me if I wanted to birth him into our world and telling me he wanted to join me in a loving life; and now I am blessed in every moment I share with him.

Billy is the best thing that has ever happened to me; that doesn’t mean I love any less his little sister, Cosy, Johnny, my family, friends, or anyone else. It only means that his presence in my life was the beginning of me finding the beauty in my life and listening to my intuition.

I believe that in any situation, I have always made the best decision that I could at the time and I have found much healing in this over the years. It is better to remember why you made your choices, give yourself a little compassion and learn from your mistakes, rather than to criticise and judge yourself and then feel guilty.

For biological mothers, I don’t think that you need to have every baby you become pregnant with to be a wonderful mother and I have been fortunate to receive, and share, spiritual guidance for you (through Deb, John’s mother and whom I now call my adopted mother) later in the book on this subject. To me being a mother or a parent is not only about our own children, pregnancy, birth or the lifetime you might care for a child after that. Being a mother is to love all living things. It is the want, need and desire to nurture, love, care for and help another living thing and to empower them to release their gifts and talents.

“Everything is fixable,” Grace McClure’s trainer told her during a dark time when she thought nothing she did was of worth and she herself was worth nothing. We all face moments of fear, doubt and depression, and sometimes these moments feel like they will last forever. In the face of this, the answer is a flame, a voice inside of us simply waiting for us to quiet down and listen. In her new book, You are a Wonderful Mother: The story of one woman finding her strength within, Grace McClure reveals the hardships, lessons and joys of her life so we all can find balance, empowerment and love within ourselves.

Grace’s life journey has taken her from childhood in rural New South Wales, through an international career in modeling and television, an unexpected pregnancy and an eating disorder, to becoming a joyous mother of two, an endurance athlete and a spiritual healer. In each chapter, she offers an affirmation, each more powerful than the last, for building strength and acceptance. With this trust in our hearts, we can all experience unbounded love in our connection with our spirit and with the world. “I can ask for and receive help easily when I need it, this is not a weakness; rather, it is a strength,” Grace tells us, and proof is in her experiences of coming into herself and her role as a nurturer, a mother, a guide. Positive change can happen when we have the courage to try, and keep trying, to live our dreams.

Grace McClure has appeared frequently as co-host and guest on national television and radio and has modeled for Vogue, Cleo, Cosmo, Girlfriend, Men’s Health, Mother and Baby, Ultra Fit, Inside Sport and Triathlon Magazine USA. She is now a mother, author and qualified practitioner of natural mind/body medicine. Visit Grace at www.gracemcclure.com.au.