Stories from the Law of Attraction

The Good, the Bad, and the Funny 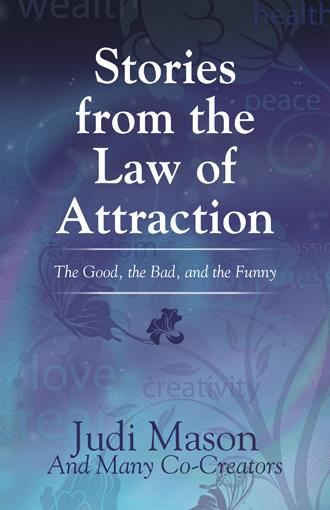 Vision Boards and Books- I have had many goals in my life, but it wasn’t until I started putting my goals down in the form of a vision board or a vision book that I really started seeing results. I started my first vision book about ten years ago after reading about them. I put in it overseas travel, fine wining and dining with friends, great relationship with my husband and children, and being able to support worthy causes. Within three weeks of creating my first vision book, my husband and I had booked to attend a seminar in Malaysia. We had never been out of Australia before that, but since then we have been to Malaysia, New Zealand, three times to America, Fiji, and at the time of writing this, we are about to go on a cruise around Tahiti. We have been able to donate to worthy causes of our choice, and I think we may have overdone the wining and dining bit. We have some incredible and inspiring friends, and this was just the beginning. On my second vision board, I put in a cruise. I had always wanted to go on a cruise but had not had the opportunity to go. Again, within weeks of putting that picture on my board, I ran into an old friend who said they were going on a New Year’s Eve cruise with a group and we should go as well. When we looked into it, because of the group booking, it was very affordable, and so we booked to go. We went to Vanuatu, Noumea, Mystery Island, Palm Island and other small islands in the Pacific Ocean. Not only that, but we were given a credit on the ship as part of the group booking, and another credit when it was too rough to land on one of the islands, so it seemed like the more we spent on the boat, the more credit we had. It was great! I have many, many more stories of what I attracted to me throughout this book using this method, and I know this is just one way of focusing on what you want, but it does take your mind off other things happening in your life and helps you to focus on what it is you really do want. Also, I think it gets you into the creative zone where anything is possible, and it really is. Judi Mason Aussie Flag- It was coming up to Australia Day and I was feeling very patriotic. My husband and I had gone to the bottle shop to get a couple of drinks but I saw on the sign that if you spent over $30 you would receive an Aussie flag to attach to your car. I said he might as well get a few more drinks so I could have the flag. Obviously he was quite happy to get a few more beers to make up the total. But when he came out he didn’t have the flag. So I asked my brother-in-law who worked at a bottle shop to get one for me next time he went to work. But he couldn’t find them. I was disappointed that I didn’t have a flag to attach to my car and as Australia day approached, everywhere I went people had car flags. “I really want one!” I said to my husband as we passed yet another car with flags, this one with three of them! “How badly do you really want one?” he replied, pointing to the middle of the very busy highway. There lying in the middle was a flag with the car attachment. I was too scared to run out on the road and get it but it just goes to show that the universe always provides, sometimes you just have to meet it halfway… next time I just hope it’s not halfway across a very busy road! Rebecca Malcomson Random Acts of Kindness- While visiting my beautiful mother (the author of this book) she showed me some kindness cards that had been made to inspire people to commit random acts of kindness. The idea was to do something nice for someone and leave behind one of these beautiful little cards and hopefully then they would do something nice for someone else. So one day while getting some lunch I decided to pay for the elderly man behind me in the takeaway drive through. Hopefully I put a smile on his face that day but what really made me smile was my eight year old son who was with me at the time. He was so amazed that we were paying for someone else and so excited by the idea. He started bouncing around in his seat talking a million miles an hour. “That man doesn’t have to pay, he is going to get to the counter and they will say, “It’s free!” I can’t wait to pay for someone too. You know how people have writing on the back of their cars saying, “Don’t follow me I’m going fishing” - well I am going to have one that says, “Follow me and I’ll pay!” I replied that everyone will want to follow him everywhere. “Yeah,” he said, “I will probably spend all my money, but I will be doing so many nice things that nothing bad will ever happen to me! I could go to one of those jackpot places and because I am doing nice things then God will do nice things for me and I would win! Then I could pay for even more people!” I had tears in my eyes and a giant smile on my face. He knew how the universe worked. So clearly and with such absolute faith. What an inspiring lesson I got that day in exchange for my small act of kindness. Rebecca Malcomson

Stories can make us laugh, they can make us cry and they can inspire and teach us. This book includes a collection of real life stories from people of all ages, all over the world. Their accounts are both funny and inspiring. What would you like to create? -Better health? - Stronger relationships? -More wealth and abundance in your life? The basic principle of The Law of Attraction is what we focus on - we create. Here you will find many examples of people manifesting what they wanted including money, love, jobs, friends, even a diamond, and sometimes what wasn’t wanted. You know the old saying ‘Be careful what you ask for, you just may get it’. To help you to focus more clearly on what you want, there is a section on inspired actions, which talks about creating vision boards and books, meditation, visualization and more. I have had many teachers and read numerous books. Through all of the teachings, one message is the same – You are the Creator! Read this book, enjoy the stories and let yourself be reminded of your own stories and reawaken the belief and the certainty that yes I know this and yes it is possible. Sometimes we just need to be reminded of our own power.

For author Judi Mason, life is an adventure. An explorer of life’s mysteries and magic, she’s travelled throughout the world and studied with many great teachers learning about and understanding the principles of the Law of Attraction. As well as having been previously published in compilation books Judi is also a Reiki Master, Angel Intuitive, Hairdresser, Property Investor, Story Teller, Teacher and Student of Life. Mason and her husband, Greg, have four children and seven grandchildren. Judi currently lives in Queensland, Australia.