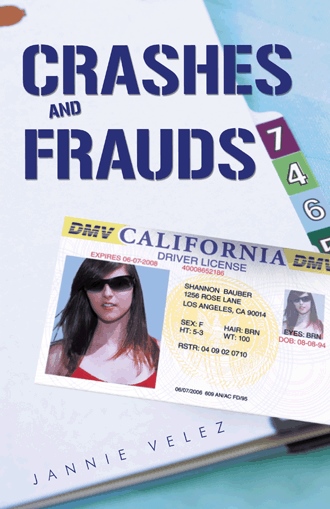 It was sometime during the day in the year 3008 when the president was looking over the bill. “Have you come to a decision, sir?” The president’s adviser asked the president. The president was the only person who could be called “sir”, and it was completely legal to do so.
The bill was called the Immigration Act, which would allow the spaceship to land in the United States of America and come out of invisibility. The spaceship had cloaking technology and the ability to survive anywhere from the bottom of a volcano or, more commonly, the Bermuda Triangle.
With the new bill, it would no longer have to hide the earth, or travel to someplace else whenever a new rumor was created about its existence or someone was suspicious. People from all over the world would find out about the spaceship and be able to immigrate, becoming citizens. If the bill was to pass, it would allow the spaceship to take off.
“This bill is pure genius,” the president said. “With the current anti baby boomers increasing, we’ll need more workers around in the next twenty years, or else our civilization will fall apart. It just needs one small change.”
“What’s wrong with the bill?”
“We’re going to need some workers of our own to be in charge of welcoming the immigrants and making the immigrants into citizens.”
“The year is almost over. The college students in their fourth year can have that as their job first. We can give their teachers new material to learn at the last minute. They’ll learn how to do their temporary job easily. And after everyone has immigrated and we take off, the graduates can get started on the job they’re training for now.”
“That means we have to wait until the end of the year to pass the act. Consider this temporarily vetoed until then.”
“I will send the message to Congress immediately and tell them your final decision.”
When the end of the year came, messages about the Immigrant Act had been sent around the Internet, telling almost every detail about the spaceship. On every website, there was a pop-up about life onboard and how they would benefit by living there. Everyone went online constantly; so many immigrants heard about it and came. Since cancer had killed so many people, there were only about one million people left, and they all lived in the United Stases of America.
There were only twenty-five college graduates that year. They were all assigned to building entrances for the immigrants and each one was in charge of the entrance they built. They were also in charge of checking the birth certificate that the immigrants were responsible of bringing, so the new citizens could be placed properly.
After a month, the population came back up to what it was ten years ago. It increased so much that the spaceship had to be expanded to fit more citizens. Almost all of the jobs were filled, and even though there were more people, the laws were still strictly enforced to keep the spaceship a perfect community.
Sadly, there is no such thing as perfect, especially when new people are brought in. And it is worse when there is someone who does not accept life onboard.

It is a life story of a 13 year old girl who becomes paralyze due to a car crash for later on recovers her mobility. While going through unexpected adventures along the way she’s committing fraud faking mobility meanwhile she was paralyzed and vice-versa.

Jannie Velez is a fifteen year old girl who was born and raised in Santa Barbara, California, currently enrolled in Dos Pueblos High School attending tenth grade, taking multiple honors classes. She has been writing for three years, written two novels, a short story, and two other stories in progress.