The Call to the Desert

A Spiritual Journey of Love, Understanding and Compassion 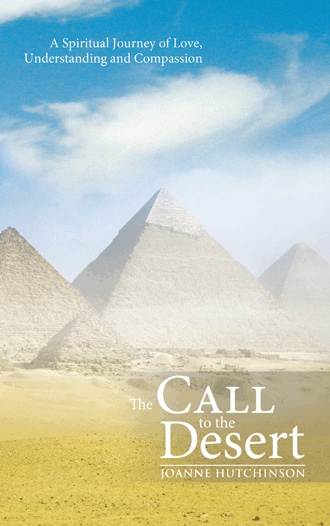 We entered the Giza site from the desert and had the most magnificent views of six of the nine pyramids, of Saqqara, an area I love plus great views of Cairo city. Going uphill on the camel was fine, going downhill, well that’s an experience! Mohammad had to yell at me to lean back, which became a delicate balance between doing that and still being able to hold on.

Mohammad loved the actor Jim Carrey so every five minutes or so, he would say “don’t worry, be happy, and remember me I am Jim Carrey”. And then laugh. And I laughed too. He spoke great English and I found out that he came from Alexandria, a city north of Cairo. He was studying languages and typical of most Egyptian men, he first asked my age and then if I was married.

Abdul who walked the camel was about nine years old and he smiled at me the whole time. I asked if he went to school and he did, but he was on holiday because the Government had closed a number of schools due to the swine flu. Together they taught me a few Egyptian words subsequently forgotten but essentially how to make the camel go faster! Mohammad was adamant that after riding the camel I would be “walking like an Egyptian”...you know the song followed by more of his laughter.

They took me in the direction of the ticket booth and it was well after 2pm when we got there. I raced over delighted to find that tickets were still available for the King’s Chamber. The attendant told me to hurry as they would close it off in about ten minutes. So that’s what I did.

I climbed the stairs to the entrance and I was thrilled to have finally made it. On the way up, lots of people were coming out and by the time I got into the King’s Chamber, there were just three people there, all of whom left as I arrived. Here I was on my own, how unbelievably good was that!

I was sweating profusely and breathing hard from the steep incline into the Chamber. I focused on slowing my breathing and heart rate down so I could meditate. I am not sure how long I was in there, another man was there too but I closed my eyes, stood with my hands on the sarcophagus and went into a meditative space. I felt the sweat pouring out of me and my feet burning, the energy here pouring through my body. It was hard to quieten my mind, yet I knew it was not time to leave just yet. So I stayed until I knew intuitively, that it was time to go. When I left, the man was still there and then I realized he was one of the guards. Often, they will usher you to leave when they feel you have had enough time there. I knew it was divinely ordered that indeed I was meant to be there on my own. The energy was incredibly powerful and I knew that whatever had happened in here, I would feel the energetic shift in a few days’ time.

When I left the King’s Chamber, I felt complete, that I had done what I came here to do. I bought a bottle of water and then walked with Mohammad to the Sphinx. It was impressive but it didn’t have the hold on me like it did last year. I came to understand that I was not the same person who was here a year ago, that so much in me had changed and therefore what I’d be attracted to would be different. What did intrigue me was an area not far from the Sphinx that had recently been uncovered. There were a number of tombs and Mohammad said I could visit and meditate there as long as we paid the guard. Sadly, I didn’t have enough money on me to do that.

As we walked back to town (by now I had decided that walking was easier than camel riding so we had sent Abdul back with the camel), Mohammad saw my empty water bottle and told me to throw it on the ground. There are hundreds of plastic bottles strewn through the sand here and lots of rubbish too. I told him that I couldn’t do that because I cared about the environment. He understood and agreed with me, but he said “everyone does it here”.

He then caught me by surprise when he then asked me to pay him. I said that I would pay the owner who I had agreed the price with. He said the price didn’t include him and I said as far as I was concerned it did. He smiled and tried again saying it would be best for me to pay him now and not at the office. Of course, we got to the office, I paid the owner and then they both told me that it didn’t include Mohammad. Mohammad smiled and said that I didn’t need to pay him if I didn’t want to but this didn’t feel right either so I gave him the only money I had left, a 20 pound note. Now, I was well and truly out of money and had paid the price for an important lesson around discernment.

This is a story about awakening to our greater potential and our greater purpose. Joanne Hutchinson takes you on her personal journey to Egypt where she meets many people and travels to many places to discover more of her real and authentic self. Along the way, she confronts her own fears and understands how she creates her own reality by what she thinks. She meets face to face with disappointment and her own inner critic to find a deeper meaning to her journey and a level of peace that she has not felt before.

She experiences poverty first hand in a village in Cairo. She learns to discern the truth through the people she comes across and is humbled by all those that go out of their way to help her. She sees the world through the eyes of the people she meets and develops a profound level of love, compassion and understanding that is life changing.

Working with the energies of the temples, the desert and her spiritual guides, Joanne undergoes a healing journey that takes her to a new level of awareness, insight and wisdom.

Part of the proceeds of this book will be used fund projects in Egypt that “change lives”. The first project is the Good Samaritan Orphanage in Luxor which is home to disabled children and abandoned elderly people.

Joanne (Jo) Hutchinson was born in Auckland and resides in New Zealand with her daughter Hannah. She holds a Masters Degree in Business Administration (MBA) and has an extensive corporate background in sales, marketing, customer service, leadership, managing and developing people. Her breadth of skills and life experience make her multi-talented with a deep understanding of both people and business, and leadership from the heart. Her passion has always been people and seeing people grow and develop into their full potential. She led a major New Zealand company to be values based which provided her with the understanding and insight of what was truly important in her own life. This led her to make significant changes in her life and was the start of a significant period of personal and spiritual growth. Honoring her spiritual gifts and talents, Jo founded her own companies; Great Spirit New Zealand and Great Spirit Journeys Ltd. The essence of her work is about helping people to ignite the spirit within. Her work now involves teaching people the ‘spiritual art to life and work’ which is based on understanding the concept of purpose which is the ‘why’ behind all that we do and founded on the timeless spiritual laws. She shows people how to integrate these teachings into everyday life, so that we create our dream life and live with meaning, love, joy, peace and prosperity. Jo is a spiritual healer that channels many Beings of the Light including the Ascended Masters, the Ancients, the Gods and Goddesses and the Angelic Beings of the Light. She also takes people on spiritual journeys to the ancient and sacred sites in the world with her signature tour being Ancient Egypt. And she is an artist. For further details on Jo’s work, workshops and tours, please visit; www.greatspiritjourneys.com