Awaken The Healer Within 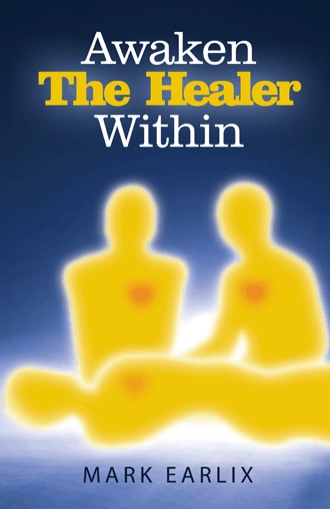 Introduction by the Author – Mark Earlix

In 1994, Penny, a psychotherapist, asked me to meet with her to discuss the possibility of participating in one of her two-day seminars for the benefit of her clients. The purpose was to introduce my work to help them learn some simple dynamics about spiritual healing.

We arranged to meet at a local coffeehouse. As I sat waiting for her, I found myself thinking how wonderful this opportunity could be for me and how difficult it would be and how nervous I was to expose my life’s understandings to the world. I did not think that I was prepared; I wasn’t sure what to say, nor did I ever dream or expect that what I was able to do in my life could be taught to others. As soon as Penny sat down, we began to map out a plan for our presentation. We decided to take turns speaking. She probed me with questions so I could prepare my portion of the presentation. I was not sure how I could possibly relate my experience with spiritual healing and make it available to each and every person.

My teachers warned me not to go public with what I am capable of doing, “lest people come knocking at my door!” They instructed that discretion and integrity were of the utmost importance. Discretion is important to let my light shine and the truth be shown silently. That is the way of the Gnostic. Now I have discerned from my heart those parts of my abilities that can be shared, including the significance of how these abilities can be applied by anyone and, of course, from where they come. As with anything, there are, however, certain aspects of my abilities that cannot be shared.

The following Saturday I was introduced to the 25 attendees. They were a diverse group from varied walks of life. I felt afraid that what I knew inside could not be taught. How could I convey what I felt inside and how I approached a particular healing experience? How could I teach that which I envisioned in nondescript pictures of understanding prior to a healing? How could they accept what could possibly be happening within the person I work on?

Now, it was my turn. As I started to talk, I found myself becoming transformed. The words seemed as though they were coming from the ether around me and, at the same time, from the depths within me. I watched myself converting from introvert to extrovert. I found myself in a mode of Trust. The words and gestures flowed easily from my mouth, from within me, and I was excited.

I remember wondering what I would do if someone were to challenge me. Should I respectfully defend myself or gracefully sit down without further comment? But no one challenged me. They listened intently as the words flowed easily and flawlessly. They became captured as a child would in listening to a story. They realized that I was credible, that what I was expressing was true for each person’s life. I watched them listen with their mouths slightly open and wide-eyed. For the first time, I saw myself in this extroverted frame of expression. I enjoyed the feeling!

On this particular Saturday, I spoke for a short while and then it was Penny’s turn again. When it was my turn to speak again, I felt good enough to take the people through an exercise. It was a closed-eyes exercise my teachers had given me 25 years earlier. Its purpose was to help them to “see” in a more focused way and into the non-linear world. Halfway through the exercise, a young woman, Melinda, decided to peek, so she opened her eyes. Melinda was able to naturally focus on a non-linear perceptions, she was sometimes able to see things that weren't normally captured by others. Something had changed in Melinda, the exercise was helping to open something more within her. Then, the greatest of all my fears came to face me.

First some background information. Twenty-three years prior to this first seminar day I was living in Fort Worth, Texas.

One evening, I had gone to a bar filled with hundreds of people. While sitting in the front near the door, a large man in leather with a rugged face approached me. He looked at me and simply asked; “who are you really"? I told him my name was Mark Earlix and that I loved God. He began asking me questions about God. I found that the answers came easily. He continued with his questions and the words came pouring out of my mouth. As I looked up, I saw that others were gathering around the table. Several others had also started to ask questions, my answers to those questions also came easily. As chatter about me spread throughout the bar, others suffering with health problems, approached and asked for healings. I complied and began to work on many people there while still in my seat and hands outstretched.

This went on for quite while (I’d lost track of the time) when a young man edged himself toward the side of the table and asked me to follow him toward the back of the bar where someone needed help. I quickly got up and followed him to a table where four people were seated. They found a chair for me and asked me to sit with them. The fellow across from me rolled up his right sleeve to show me a raised, deep red, irritated rash that ran the length of his arm. He grimaced and said, “It itches and hurts like hell.” He asked if I could help him. I nodded.

Without words, I reached over the table and placed both my hands on the darkest red area. I prayed within myself for a couple of moments. As I opened my eyes, I saw many others gathering and waiting to see what was going on and to see what was going to come from my actions. I then put my arms back to my side. The fellow rubbed his arm several times and then began to smile at me as the redness and hurt dissipated.

The young woman sitting next to him watched his reaction, looked at his arm, then at me, back at him and immediately became hysterical. Tears streamed from her eyes as she screamed uncontrollably as she kept thrusting her hands with out stretched fingers pointing at me. I froze inside; I did not know what to do. The people at the table and those standing around the table watched speechlessly. The screams prompted hundreds of silent eyes to look at me. I wanted to slump down as numbness and a flush overtook me.

Instead, I found the strength within myself to remain upright. I wanted to get out of there. As I stood to leave, I reached across the table and waved my outstretched hand quickly over the man’s arm, knowing the healing would be taken away as easily as it had been given. Hurriedly, I began to leave feeling as if I had done something horrible and unfathomably unconscionable. As I pushed and wove my way through the crowd of watching and wondering eyes, I glanced back and saw the fellow holding his arm as the pain and redness returned. At the same time, the young woman stopped crying. I thought I heard her thinking, or saying, “This is the way it’s supposed to be.” I never went back.

Fast forward to the Saturday seminar. Now, here I am participating in this seminar and facing a similar dilemma. The woman who peeked was crying hysterically as she pointed toward me. Again, I found myself becoming speechless and numb. But this time I forced myself to stay and began to make excuses for what had happened. I did not want to participate in this seminar anymore and I clamped up in fear, feeling that this wasn’t something people were ready to accept. This was my excuse and conversation in my younger years. This dilemma and avoidance was the very dynamic that I was about to learn to work out in life…

Healing Is A Gift Available To All
Put The Power Of Healing To Work In Your
Life And Change The Way You Feel And Live.
In This Book You Will:
● Learn about the mind of disease
● Discover how healing can be broken down into simple laws of application
● Learn to apply healing for physical and emotional well being of yourself and others.

Mark Earlix is a nationally known healer and teacher. He is well known for his abilities as a healer and intuitive with other spiritual gifts. Mark has helped many thousands of people and teaches his techniques around the United States. Mark is a Gnostic Priest and Teacher. His understandings and practices have attracted people of many walks of life to learn from him. Mark resides in Nashville, Tennessee.