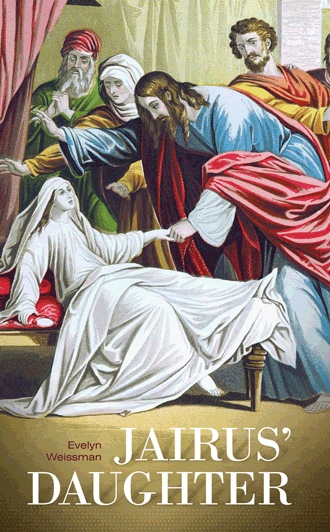 “In the story of the raising of Jairus’ daughter from the dead in the Gospel of Luke, Jairus is admonished not to tell anyone what happened. Why, if one’s daughter had died and was resurrected to health would one not want to tell anyone what happened? Sarah pondered over this as she pondered over many things she encountered in both the Old and New Testaments. After she had lived as a Christian for more than twenty years she began to understand why Jesus had counseled Jairus in this way.”… “Jesus said people would leave father and mother to follow him and that belief in him would split families apart. Such was the case with Sarah and her family.” “Sarah’s friends and family may not have been ready to hear what she had to say. They had to interpret events in terms they were comfortable with. They knew rational people did not have such experiences. When she would return to her senses, she would understand what she thought had happened didn’t happen at all and life would resume its usual rational explainable course. She was hurt. She would recover. As she developed in her Christian faith, she learned God was indeed a gently loving parent, slow to anger and quick to forgive. Leaving family to follow Jesus wasn’t easy. No one ever said it would be. Things worth doing are often most difficult to do. What else was there in her life she needed to do? Her explanation was that she was always open to listen to God’s voice. When God calls, you must listen.”

Jairus’ Daughter is a modern tale of religious conversion. Sarah is a Baby-Boomer, born into a traditional Jewish family who reluctantly follows a path that leads to Jesus Christ.

Evelyn Weissman is a seeker from birth who has worked on her relationship with the Creator for over six decades.