In Secret and Shadows

Discovering Light in the South of France 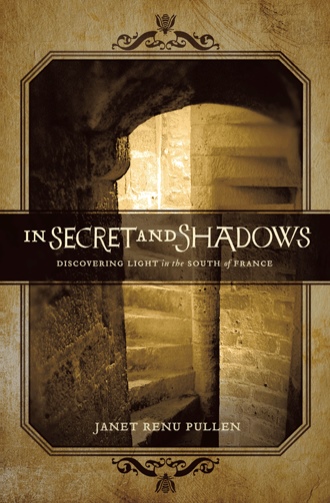 In the early summer of 325 AD, nearly 300 men convened in a large, marble columned hall at the edge of a lake in the small Byzantine town of Nicea. The specific mission of the attendees of this council was to define a religion that would unite the sprawling Roman Empire under one supreme god. By Imperial order, messengers had carried more than 1,800 invitations across the vast Empire. Those invited, while professing widely differing beliefs, all shared in common the Christian title of “bishop”. Fewer than 400 of the invitees actually answered the Imperial summons. Those who did attend came mostly from the east: Alexandria, Cyprus, Egypt, Persia, Libya, and Palestine. Many in attendance were learned, finely dressed intellectuals; others had spent their lives in desert caves subsisting on roots and locusts. Presiding over the council was the Roman Emperor, Constantine, a ruthless, superstitious megalomaniac with a violent temper — a man who had executed his own son on dubious charges and had his wife boiled in oil. He arrived at the council in a purple silk robe ablaze with jewels and gold embroidery, a tiara on his head and the unshakable conviction that the source of his imperial authority came from Above. At the commencement of the council the determined Constantine stood to address the bishops. A hush fell on the hall and all eyes were riveted on the Roman Emperor. Speaking in Latin, the language of the court, and without attempting to disguise the threat beneath his words, Constantine began, “I entreat you beloved ministers of God to remove the causes of dissension among you and to establish unity and peace.” In a dramatic gesture, he then took a stack of parchment and letters previously sent to him from bishops across the empire detailing their disputes and threw them onto a fire built in the center of the hall for this specific purpose. Seven weeks later, on July 25, a solemn banquet ended the Council. With all bitter quarrels about doctrine resolved, all vicious arguments decided, all dissent at last silenced, the Council of Bishops returned to Constantine what he had intended — an official state church. It consisted of both an ideology and a hierarchal structure of clergy and civil servants that would ensure the security and stability of the Roman Empire. The council of Nicea concluded that henceforth there would be one Church, one single path to salvation, one creed and one authoritarian god who required absolute obedience. No further debate on any of these issues would be tolerated. The orthodox Christian doctrine of the new Church had been arduously arrived at and was precisely defined. It eliminated completely the symbol of the Divine Feminine, central to every spiritual tradition of the ancient world. It melded instead all forms and images of the male gods into one singular Supreme “God.” This new supreme-being consisted of three aspects: God the Father, God the Son and the amorphous God the Holy Ghost. The historical Jesus was collapsed into the Divine Son. He was now determined to have been born of a virgin mother, crucified under Pontius Pilate and resurrected bodily from his tomb after three days’ interment. Four canonical gospels, edited to support the new orthodox ideology, were selected to represent the state religion from among the hundreds of early Christian writings in circulation at the time. By Imperial order, all books challenging these would be banned and thrown into the flames. All Pagan temples were ordered closed and their treasures re-dedicated. The official Orthodox Church would henceforth control all spirituality. One could no longer aspire to an independent pursuit of truth and knowledge, individually seek enlightenment, or pursue a personal relationship with God. Any such efforts would now be termed “heresy,” considered criminal activity and punishable by death. (The word “heresy” is from a Greek word meaning “choice.”) In all, the Council debated and resolved 84 subjects, including the establishment of the date Easter would be celebrated and the outlawing of reincarnation. The latter was thought to minimize the role of Jesus and diminish the unique nature of his Resurrection. The Emperor Constantine had recognized Christianity as a powerful means of unifying and conquering dissension within the faltering Roman Empire. Yet he himself was not baptized until he was on his deathbed a full twelve years later!

Janet Pullen, along with her two children accompanies her husband on a year long business trip to the South of France. Her intentions are simple; learn the French language and enjoy the joi de vivre of French life. A mystical experience at a medieval ruin in the foothills of the Pyrėnėes where heretics were burned at the stake ignites an unexpected adventure. Fueled by the questions, who were these heretics and what secrets of theirs were silenced in the flames, Janet sets off in search of answers. Guided by synchronistic signs and encounters she ultimately finds her way to Chartres Cathedral. Here in the mysterious, medieval, blue darkness of Chartres, the truth is illuminated.

Janet Pullen is a psychotherapist and writer who fell hopelessly in love with the magic and timeless mystery of France during the five years she lived there with her family. An enlightening experience at the mountaintop chateau of Montsegur deep in the foothills of the Pyrenees brought her life into a focus she had not previously imagined possible. Janet has been a student of Kripalu Yoga for over 30 years and is the author of, Reclaiming the Surrendered Self, When the Spiritual Teacher Betrays the Disciple. She currently maintains a private psychotherapy practice in the San Francisco Bay and frequently spends time in France.