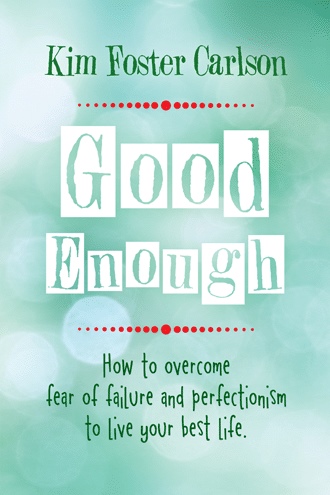 “Failure is so important. We speak about success all the time. It is the ability to resist failure or use failure that often leads to greater success. I’ve met people who don’t want to try for fear of failing.” J.K. Rowling Many top major league baseball players fail seventy percent of the time. Batters with over a .300 average, which is considered very good, are still striking out at least 7 out of 10 times they are up at bat. Professional basketball players are considered at the top of their game if they make fifty percent of their shots. That means half the time they are missing the hoop. In the NFL, a professional quarterback who complete sixty percent of their football passes is considered one of the elite in the game. That means 40 percent of the time, he is failing at his job. Failing is so integral to sport that is woven into the success of an athlete. Wardell Stephen Curry who brought the Golden State Warriors their first NBA championship in 40 years said it best, “I’m not the guy who’s afraid of failure. I like to take risks, take the big shot” If you have seen him play, you will see he likes to take the high risk shot...sometimes from half court...and he makes it. Curry’s college coach at Davidson, a small division 3 school, saw the no fear in the star early on. “He had no fear of failure,” Bob McKillop said. “If he missed a shot, missed five shots, he didn’t care. It didn’t disrupt him. It didn’t destroy his focus. He knew he was going to make the next five.” Curry uses failure to his advantage. And when he had his worst shooting performance in the last two seasons in game two of the NBA finals, Curry and his coach talked only of not letting failure defy him.“I’m not going to let one game kind of alter my confidence,’’ Curry said. “I know that as a team we’re not going to let one game alter our belief that we’re going to win the series. We’ve got to move on and be ready to play a good team that’s ready to go home.’’ His coach, Steve Kerr concurred. “It happens to everybody, whether you’re the MVP or a role player. Sometimes the shots don’t go in. Steph will bounce back. He’s a great player.” Is Steph Curry perfect? No. But is he “good enough”? You bet. I learned to be "good enough" the hard way. I was so fearful of doing the wrong thing that I became frozen, paralyzed, unable to make decisions and live a productive life. Those two words “good enough” changed my thoughts and eventually changed my life. And I’m going to tell you how I did it. If I can do it, so can you! I’m still a work in progress and by no means have all the answers. I just know that these techniques have helped me live a life “Good Enough”.

Do you have a hard time making decisions? Do you avoid situations out of fear of what others will think? Do you procrastinate so much that it interferes with your daily life? Do you give up easily if things get tough? If you answered yes to any of these questions then you might just be a perfectionist. Veteran journalist and accomplished athlete Kim Foster Carlson gives you the tools to overcome the obstacles that have been holding you back from living your best life.

Kim Foster Carlson is an award-winning broadcast journalist, having spent the last 27 years as a member of the San Francisco Bay Area radio and television media. Kim Foster has worked as a traffic reporter, news reporter, news anchor, sports anchor and talk show host. She has covered a wide range of stories from 9/11 to the tech boom in Silicon Valley. In 2011, she was named the mid-day anchor at KGO radio and led coverage of a breaking story “Oikos University Shooting”. KGO’s coverage of that story won a National Murrow Award.