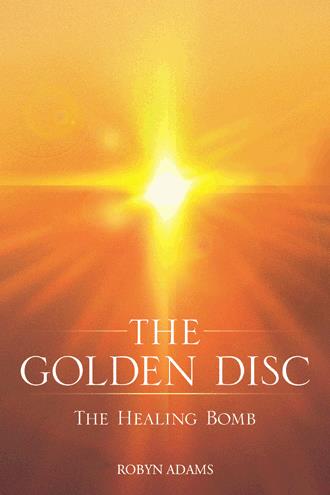 SYNOPSIS OF THE GOLDEN DISC by Robyn Adams

The Earth is in crisis and only four people can save her and her several billion inhabitants from annihilation. Aeons ago a group of intergalactic travellers landed on the summit of Kirinyaga, Mt. Kenya, in Africa. Their planet in the Pleiadean cluster was destroyed by their own technological miscreations, which outstripped their development in consciousness. They colonised many sectors of the Milky Way Galaxy, and the party of fifty beings who landed on Earth set about finding suitable country in which to develop their cities. To the unevolved natives living in the vicinity of Kirinyaga, they seemed godlike and were worshipped and emulated. They brought with them the skills of agriculture, architecture, astronomy, writing and language, law and animal husbandry, art and metal working, and a Golden Disc which had the capacity to lift unawakened humans to an higher level of consciousness; a healing bomb, to be only in an extreme emergency, for their instructions were to genetically engineer the primitive hominids on Earth and leave them to their own development for thousands of years. They returned around 30,000 years ago to further develop their creation and raise its level of consciousness and civilisation. Modern civilisation then began. Set in the current era, this spiritual adventure takes place on each of the inhabited continents on Earth, beginning with Rylee Livingstone whose role it is to awaken and assist her ancient soul family scattered around the Earth. Rylee is called firstly to travel to the Kimberley region of north-west Australia; then to the Andean Mountains in Peru to meet Juilio/Temoro and a Sacred Rock Chair; on to the stones of Callanish in Scotland to reconnect with her eternal soul mate Daniel/Jondra; and to Shambhala, hidden high in the Himalayan Mountains with Chanai/Alorah, to meet The Sisterhood of the Golden Disc. Unerringly she is led to each of them and the section of the Golden Disc they must retrieve. Culminating on the summit of Mt. Kenya in Africa in 2016, following a nuclear attack on Jerusalem by a rogue Islamic country, the group achieves remarkable results.

However, intrigue and danger stalks them in the form of a group of German Thule Society followers, whose role seems to be to prevent peace on earth and the ascension of much of humanity, as there is no profit in peace. The initial landing crew and genetic engineers comprised - Jondra, The commander, called Daniel in this present life – now lives in Scotland, travelling around the byways with his dog Tarby in a gypsy caravan pulled by his Shire horse. He is destined to reclaim the quarter of the Golden Disc secreted under the ancient stone circle of Callanish, on the Outer Hebrides in Scotland. His meeting with Rylee and her travelling companion, James, as they retrieve his section of the healing bomb, alerts them to the fact they are in danger. Su-ra-le-ah, now Rylee Livingstone, lives in Australia and destined to travel to the Kimberley in the far North-west of that continent to reclaim her quarter. Here she is found by an old aboriginal shaman who leads her to his tribe's most sacred artefact, although he is appalled that is is a white woman who has been sent to collect it. Rylee is an Earth Walker who travels the world activating dormant sacred sites, works with earth energies and is the common thread amongst the four. Jondra and Suraleah were partnered and are eternal soulmates. Temoro, now called Juilio, is a poor shepherd living high in the Andean Mountains east of Cuzco in Peru, herding llama and sheep. With Rylee and two friends he is led to a Sacred Rock Chair two days walk into the mountains to rediscover his portion of the disc and many other treasures; a place long revered by Andean shamans and unknown to the outside world. The Rock called to Rylee through a spiritual reading done for her on the island of Amantani in Lake Titikaka. He partnered Alorah, now called Chanai, born in western China near Kashgar , of a Chinese mother and a father descended from an ancient race of fair skin, hair and eyes who still live in seclusion high in the Kunlun Mountains near Tibet. Her section of the device is hidden in the mystical land of Shambhala, in the Himalayas. Rylee is sent to find her and help retrieve her section, which they manage to smuggle out of China, in spite of being followed by members of the Chinese Secret Service. An inner awakening leads to deep spiritual teachings and revelations of their former lives and accomplishments in the genetic development of Homo Sapiens Sapiens in its present form. Just before the German team smashes its way into the inner chamber of the site where the Golden Disc is to be reassembled, the four succeed in uniting the pieces and, during the massive explosion of consciousness that flows around the Earth from that site, leave their bodies and ascend 'home' to be reunited with their soul family, which has been orbiting the Earth for aeons in a Celestial City, supporting and encouraging the development of the inhabitants on Earth. 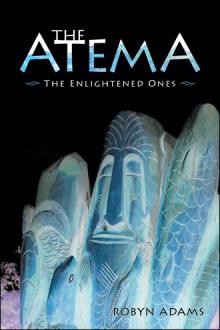 Holding up the device Jondra said, “This is the Golden Disc of Ra – the Healing Bomb from our home planet. Because of the sudden and unexpected nature of its destruction, this force was never activated. It was originally prepared to transmute negative emotional thoughts into much more compassionate and loving actions in an explosion of consciousness, not protect us from wayward meteors. One day it may save the dwellers on this planet Earth from destroying themselves. Pity we never had a chance to test it.”’

The Earth is in crisis as the Forces of Darkness and Destruction are rapidly gaining power in many countries. Four people remember their ancient pledge to re-discover one section of the powerful device if a dire enough situation warrants it. When a rogue country detonates a nuclear bomb over Jerusalem, these four are called to save humanity from a destructive aftermath of retribution. From each continent comes one whose ancient destiny is to reassemble the Golden Disc, programmed millennia ago to empower the Forces of Light to triumph.

One by one the four are awakened to their destiny, reconnected with each other, and travel to Kenya to reassemble the Golden Disc that will save the Earth. They must release a wave of higher consciousness from the device, called a Healing Bomb, before several other countries ally to become involved in all out nuclear war, which will have a cataclysmic effect on Earth and humanity; far greater than the predicted earth changes that were due to take place at the end of 2012. Will they make it before the deadline, and can they remember how to re-assemble the device in time? If it is not done absolutely correctly, a terrible confl agration could destroy the very thing they are trying to save; Earth. To do so, they will have to outwit those whose role it is to prevent this from happening.

Australian-born Robyn Adams has been travelling the Earth since the age of nineteen, visiting and living in many lands. As an earthwalker, she concentrates on the interconnection of sacred sites and buildings across the landscape. Robyn now lives in the Northern Rivers area of NSW, Australia.