Healed by His Hand 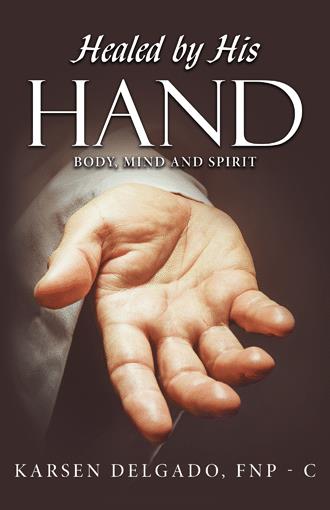 Chapter 2: The Ladder of Life The beginning of Creation is spiritual matter. It is so fine it cannot be seen with the eye of man, but is the purest source of creation. It was present before the foundation of the world and we are all designed from it. Spiritual matter holds agency and can choose to form whatever it is that God asks of it. It chooses to obey His will because of the deep and abiding love it has for Him, and respects His immaculate consistency. This matter, once created spiritually, then obeys the laws and instructions in which it is set, and takes on physical form. It may stay fixed and firm to become a solid mass, or express fluidity to the likeness of water, or evaporate into the air around us. It obeys the laws of God and will remain predictable and true to its form, even when interacting with other elements. If it is combined with other matter to make something new- it will always remember and retain its identity. The smallest unit of matter known to man is the atom. This is a representation of the universe in its vastness and glory and is the pattern behind all the creations on the earth. Each element and product is made up of atoms. Further still, the atoms can combine and coalesce to create molecules. Molecules then create other structures and cells. These molecules also form the ladder of life- the double helix, or DNA. DNA was created spiritually prior to its physical incarnation and possesses a plethora of information unknown to man. The length of the DNA is associated with the length of "life," or information acquired by the individual. There is no "junk" DNA! Current research and science do not realize the wealth of spiritual information encoded in the double helix. Within the DNA are codes for spiritual gifts, talents and abilities, as well as life experiences and challenges that date back to the days of Adam. In this way, we are all connected to the beginning of the human family. All the wonders of the earth were first created spiritually before physical representation took place. Plants, flowers, trees, shrubs and all forms of animal life were also developed from spiritual DNA. It is their blueprint for learning and expression here on earth. The double helix also entails a representation of Heavenly Mother, Heavenly Father, and Christ. One arm is Heavenly Mother, the other is Heavenly Father, and the "steps" of the helix is Christ, as He connects us together and provides the way back up to heaven. The amino acid bases from which the DNA is formed represents us, all the spirit children of Heavenly Father and Mother. We are all connected; we are all combined into one great whole this way. The bases for the DNA in its physicality were acquired from the dust of the earth, from which all things could spring forth. As we are all part of the human family, we also acquire events and experiences that relate to the whole of human history.

When dealing with chronic illness, it can be hard to hold on to hope—but look no further! You can alter the expression of your very own spiritual DNA and improve your physical, emotional, and spiritual well-being. This ground-breaking concept is known as spiritual epigenetics, and is simple, yet powerful. Such exciting new information can revolutionize your outlook on life, enhance your personal perception and purpose, and engage you to participate in a healing journey unlike ever before. Healed by His Hand is a guide to obtain a distinct and direct path to healing, bring you peace amidst the storm, and guide you to safety through the perilous times ahead.

Karsen Delgado is a dynamic and engaging healthcare professional, with over 10 years of experience. She is a board certified Family Nurse Practitioner and graduated from Brigham Young University in 2008 after practicing as a registered nurse in surgical, pediatric, geriatric and home health care settings. She opened her own practice in 2012, after feeling dissatisfied with the current medical model that wasn't providing answers for her patients, to help them truly heal. Through this process, she has found tools that promote deep, true healing on a spiritual, emotional and physical level. She wishes to share her own miraculous healing journey from chronic illness, with the hope that it will uplift, inspire and encourage others to experience the same. Karsen is bilingual in Spanish and English and enjoys gardening, cooking, spending time outdoors with her family, and serving others. She is a firm believer in Jesus Christ, by whose power she was healed and made whole.