Vigilance of the Heart

A Visionary Approach to High Performance, Well-Being and Self-Realization 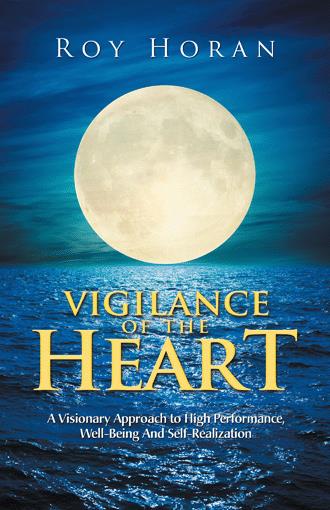 In 1973, I was living in a wilderness area of the Canadian Northwest Territories above the Arctic Circle with a family of seven Native Americans: three men, an old woman, two younger women, and an eight-year-old child. It was late November and the average temperature fell well below -250 F. The men, including myself, were engaged in hunting, fishing, and trapping while the women attended to our camp on Burnt Lake, about a hundred miles north of the settlement of Fort Good Hope. This was my second winter in the Arctic, so I had a pretty rough idea how tough such an existence can be. I wasn’t even close. Unfortunately, this particular year, food was scarce. If lucky, I had one rabbit’s leg or a small piece of fish to battle the cold and the long distances we had to walk, or run, each day—often thirty miles, sometimes much farther. In short, we were all starving. Normally at 175 pounds, my weight was down to about 125 pounds. I could see white ribs and blue veins in my chest. Some of our sled dogs, the weaker ones, had already died of starvation. My mind was preoccupied with food. In fact, I was dreaming of food all the time, even while awake. A sort of depression set in. The family, however, continued to laugh, joke, tell stories, and play cards as if nothing unusual was happening, though I knew they were hungry, as well. One day, we caught a medium-sized whitefish. Edward, who was the head of the family, and probably one of the most talented hunters and trappers in the Arctic, asked his wife to boil the fish for dinner. When she served it, she gave Edward the first portion. By the time she had served the rest of us, Edward already had a piece of fish in his mouth. Suddenly, he spit it out saying, “This fish is no good. Feed it to the dogs.” I couldn’t believe my ears because I knew the fish was perfectly okay. One by one, everyone dumped their dinner into the dog pail. I thought, “Such a small fish split between twenty-six dogs is no more useful to their survival than a good sniff of roasted caribou. There are only eight of us; we should be eating the fish!” Everyone looked to see what I would do. I had to decide whether to quickly scoff it down or dump my meal like the rest. Reluctantly, I dumped my dinner into the dog pail. Everyone remained silent for a while. Then Edward spoke. Normally, Native American bushmen deliver messages through stories, but I guess he figured as I’m a white man, it’s better to speak plainly. That he did! He said, “If you really want to be Dene (their word for “man”), you need to rise above your body and mind.” In short, he was telling me I wasn’t quite human yet, though I’d lived among them for one and a half years already. His words were potent, but what really struck me was that they were willing to sacrifice their well-being, even a young child’s, to teach me this. It must have been important to them. A few days later, I was cutting wood with Edward. He asked me, “What do you think we’re doing out here?” “Surviving?” I replied. He said, “No.” I thought for a moment and said, “Doing your job?” Again he said, “No.” I was a bit confused, so I asked, “Then, what are you doing out here?” He paused for a moment and said, “We’re just playing around.” I guess the look of surprise on my face said it all: I really didn’t get it. Then he said, “You don’t understand now. I hope someday you will understand what I’ve told you today.” Years later, I reflected on this incident and realized that the mental attitude of “playing around” under such harsh conditions was really the optimal survival strategy. Survival is often determined not by luck but by the state of our hearts and minds. If you’re simply playing around, then even the worst conditions become a form of amusement. The people I lived with were much like that. They could find amusement in things that would horrify a city dweller. Also, under such harsh conditions, a group is only as effective as its weakest link. I was their weak link: relatively inexperienced, carrying lots of mental garbage from a lifetime of academic study, and way too serious about who I was and what I was doing. As time passed, I realized there was an even deeper meaning to Edward’s words. Playfulness is an attitude that not only gets you through hard times but also helps you realize the unlimited self. It breaks the boundaries of your awareness. Edward’s was a spiritual teaching. He awakened me to how really connected, at a deeper level, we can be to nature. Nature simply does what it does. Have you ever seen nature take itself seriously? Do you think it takes you seriously? Nature plays at the game of balance, if nothing else. When tiger cubs mature, they don’t get depressed when they botch a hunt. They simply have the attitude “Win some, lose some, tomorrow’s another day.” They get back at it without complaint. Vulnerability, in animal play, is a strategy that allows them to roll with nature’s punches. In humans, it’s not called vulnerability because that is perceived as weakness. It’s called detachment and is like water rolling off of a duck’s back. We have already seen that detachment plays an important role in mindfulness-based attention. Playfulness harnesses attention to reward, but in a detached manner. Attention combined with reward describes a spectrum of psychological states, from distracted-serious-addictive behavior to an absorbed-playful-blissful demeanor. The latter indicates the path to high performance, well-being, and self-realization. Vulnerability, here, is a form of surrender to the unlimited self.

Our world is changing rapidly, while social division appears to be increasing. Some of these developments may seem alarming. Often we find ourselves struggling to keep up, get ahead, or simply relax. Life appears both impermanent and imperfect. It doesn’t have to be this way. What we may not realize is that all of us, friend and foe alike, are perfect, complete, right here, right now, and always. Vigilance of the Heart traces that state of pure perfection and abiding joy we all seek, without realizing it is actually seeking us! All our experiences from the mundane to the sublime, from hardships to blessings, emerge from three powerful forces of the mind: awareness, attention, and reward. They underlie our sense of opposites — ignorance-wisdom, distraction-absorption, bondage-freedom, and everything in between. These same three forces interact to reveal mindfulness, heartfulness, and playfulness — the natural wellsprings of who we truly are. Vigilance of the Heart starts out as a journey of the heart and mind. It comes full circle as mindfulness, heartfulness, and playfulness merge into a provocative, yet compelling way for understanding yourself and the world. In short, you realize your innate perfection. Vigilance of the Heart offers an innovative approach to self-realization, achievement, and well-being in all facets of life.

Vigilance of the Heart provides a digital Workbook which covers the fifty-one activities highlighted and described in the book. The Workbook is available for purchase at https://www.roy-horan.com for US$9.99.