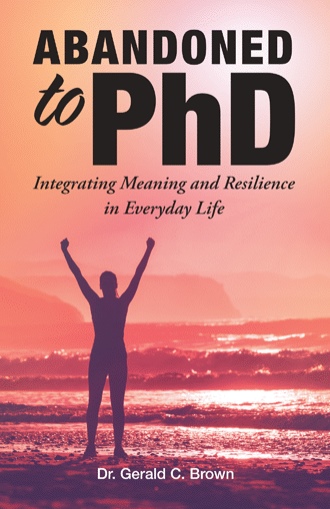 The orphanage I lived in was a one-floor ranch style home with four large bedrooms (2 sets of dilapidated bunk beds in each room) and one unemotional living room and kitchen including a large barren wooden table for dining and a set of rickety wooden chairs. I distinctly remember the stark, clinical white walls of the orphanage as if no youthful effervescence was permitted or existed. The chairs, concrete floor, and Spartan arrangement of furniture gave the impression of a home deserving of a loving owner. There was a small patio with one faded red bicycle and a few blades of grass fighting to exist in rocky and parched soil. The bicycle would be our one true luxury and we fought like rabid dogs to get some ride time. Sometimes those battles would become bloody and messy which would incite the ire of our strict Doña Malvolia to pull our ears away from the fracas and beat us all with her painful hand spankings. She believed that she needed to make an example of the bad apples by ensuring she spanked us in front of the rest of the kids to instill fear and control. One major discovery I later realized when potential adoptive parents were wooing me was that one of the other orphans in the hogarcito was my sister. Eventually I would get to know her; however it was not until age 7 that I fully recognized what having a sister meant and that she too had suffered abandonment. Ironically, the loneliness of the hogarcito pressed me towards a fellow orphan named Edmundo whom I grew to love as a brother. Edmundo was a dark skinned boy with huge dimples and thick curls on the top of his head. His roots may be traced back to the Province of Limón on the east coast of Costa Rica where there is a large contingency of Afro-Caribbean peoples. Edmundo and I were inseparable as we subconsciously recognized the fragility of our existence and an instant bond of empathy and trust was established. My friendship with Edmundo helped me forget that I was unwanted because we both wanted each other. Edmundo was the first person who accepted me completely and I reciprocated the sentiment whole heartedly. One of my happiest memories was during a fiesta or party playing marshmallow on a string with Edmundo as we attempted to be the first one to eat the marshmallow in the middle of the string with our hands tied behind our backs. Edmundo and I would cover for each other as much as possible, especially when there were room inspections or if either one of us caused mischief or broke something in the hogarcito. Edmundo and I would share the bike like brothers and we would play barefoot soccer in the back of the hogarcito until our feet and ankles turned a deep mahogany color (an earthy brown mixed with blood from cuts). Edmundo and I would play tag and escondidas (hide and seek) and when playing together the reality of our existence dissipated. On one occasion I remember breaking a coffee cup on the floor and Doña Malvolia slinked around the corner and demanded to know who had broken the ceramic cup. Before I could open my mouth, in jumped Edmundo and took the blame on my behalf. I still have not had a chance to make it up to him (I was adopted not long after that incident) and if I were to ever cross paths with Edmundo I would make certain to make it up to him. There are many silent moments in my life now when I say a prayer and affirmations for Edmundo and I hope he is doing well wherever and whatever life has demanded of him. We may have physically appeared worlds apart to outsiders but internally we knew the cruel pain of the undesirables of the world. What I remember most about living in the orphanage along with ten other orphans were the potential parent visits. Time after time, parents from all over the world including the United States, Australia, and Europe visited our temporary domicile. They would walk in with their ornate purses and ironed suits as if visiting the zoo to peruse the grounds and the wildlife. As I look back now, it reminds me of times I have been to the pound and observed the melancholy behind the eyes of the puppies and older dogs. I remember a feeling of despondency mixed with excitement as privileged people would inspect us as we lined in single file along the entrance of the orphanage.

This work is an autobiographical voyage through my life and includes wisdom and guidance to develop an individual’s true inner compass—your thoughts, feelings, behaviors, self-awareness, motivation, and cultural exploration—while building resilience to find your life’s purpose. In addition, there will be several case studies illustrated, as well as tools at the end of each chapter for further reflection and practice to enhance daily functioning.

Dr. Gerald C. Brown is owner of Inner Compass Counseling, Coaching, and Consulting PLLC in Cornelius, NC and Statesville, NC. His specialties include working with individuals and families of diverse backgrounds as well with our nation’s Veterans. He offers life coaching in areas of careers, increasing self-authenticity and resilience, relationships, and parenting. Besides dealing with individuals of diverse abilities, backgrounds, ages, sexual orientation, socio-economic statuses, and cultures, Dr. Brown can relate to immigrants and transcultural difficulties but also to mixed families, foster and adopted children and their families having been adopted himself. Dr. Brown has presented at various conferences and has a multitude of experience training organizations and corporations in diversity and multicultural resilience. Dr. Brown believes in helping individuals, couples, and families find meaning and integrate that meaning with various resiliencies in order to live purposefully and vibrantly.