Crossroads and the Dominion of Four 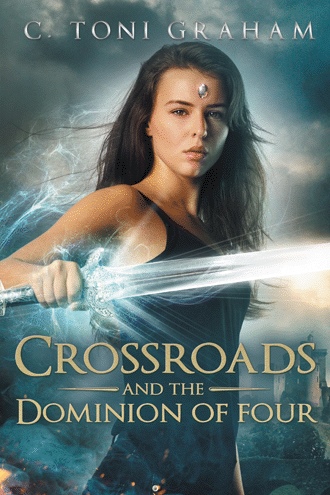 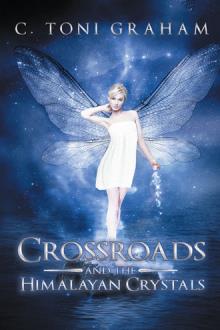 At first glance, Jake, Shayna, Seneca, and Conner seem like average teens. Maybe even like some kids you know. But they’re not. They know that magic, spells, and prophecies are real. In Crossroads and the Dominion of Four, author C. Toni Graham continues the tale introduced in Book 1, Crossroads and the Himalayan Crystals. The teens have accepted their fate as defenders of the Otherworld. The realm’s mythical beings have chosen sides in a deadly magical war, but it’s not always clear to whom they pledge their allegiance. Jake, Shayna, Conner and Seneca must use their new magical abilities to battle treacherous creatures and face life-altering crossroads. Only a powerful druid and her loyal minions stand in their way to fulfilling their destiny of becoming the prophesized Dominion of Four. The Crossroads series brings together creatures and humans as they fight for the common goal of returning harmony to the Otherworld and rid the realm of evil forever. Teen readers and fans of action-packed fantasy genres will enjoy this thrilling saga.

"Graham starts her YA debut with a bang; the opening scene depicting Brigara's banishment is exhilarating." ~ Kirkus Reviews C. Toni Graham is a master storyteller and author of the award-winning Crossroads and the Himalayan Crystals. The first installment of the epic Crossroads fantasy series received the Readers Favorite International Book Award for Excellence in Writing and an Honorable Mention Award from the Los Angeles Book Festival for Young Adult Fiction. "Crossroads and the Dominion of Four" is an excellent follow-up in the fantasy series. "A fast-paced adventure for the YA fantasy lovers." Toni lives in beautiful l Northern California surrounded by family, an oversized golden retriever and a few mischievous fairies. To learn more, visit her website at www.ctonigraham.com.