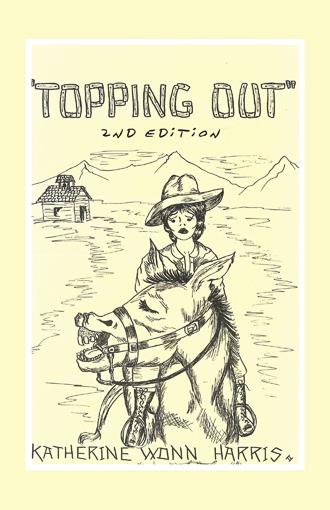 “Topping Out” is a story of adventure, heartaches, and challenges for a young pioneer woman who teaches the children of hardworking Idaho ranchers. The hardships included crossing the hazardous Salmon and Snake Rivers, managing horses and Smoky Mule, traversing narrow trails with pack animals, and fighting a forest fire. As a sixteen-year-old, Kay had to prove herself and earn respect during the seven years in the high primitive country. “A wonderful descriptive story. Reader can truly envision the places. At one point, I felt myself ‘feeling’ the colors of dawn and longing to be in the spot she wrote of. The characters, too, are a strong feature—well drawn out and easy to fall in love with” (Holly S., editor for Balboa Press).

She was a credentialed teacher, woman’s counselor and newspaper feature writer. She wrote “Topping Out” to describe the life and the terrain of “that great big beautiful country of the Salmon and Snake Rivers, and what is now called Hells Canyon.”