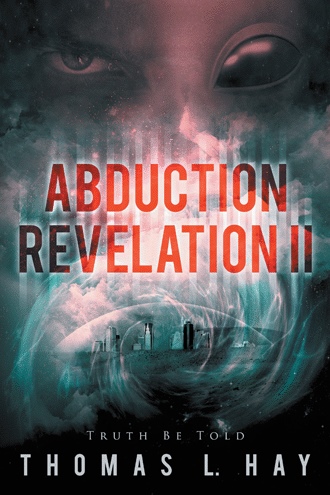 I hadn’t run far, when another ear-splitting blast and its force propelled me through the air. Hey, I ain’t no Superman, nor Spiderman, but I took to the air without a cape or web. It was not a soft or dry landing. The wind was knocked out of me as I flew head over heels, tumbled, and crashed face down in a horrendous, stinky mud puddle. A dank smell of mold hung in the air as its gritty scent made me want to puke. It was not where I, nor anyone for that matter, would want to dine. I immediately felt an uninvited, boney and rock hard object. I tried to grasp whatever it was that wanted me in its grip, but all I got was a hand full of smelly, squiggly, nasty looking varmints. I’d have protested, but my mouth was filled with slimy muck one might take for baby poop. It left me gagging with my nostrils screaming for fresh air. While thrashing about, I latched onto a boney fleshless hand. Up popped a human skeleton with me in its arms, wanting to be my buddy. Not the type of hug anyone would crave. AHHH! Jesus Christ! Get off of me you skinny son of a bitch! With the strength of someone possessed, I hurled that frightening sucker off me. Hey, I appreciate a hug now and then, but not with someone on a crash diet. I felt my blood pressure spike ‘cause it scared the you-know-what out of me. I didn’t have my ‘old fart’ diapers on for this event, which just added to the stench and my misery. My frantic thrashing about caused the mud hole to suck me further into its nightmare. I had sailed smack dab into some frickin’ rats that had been gnawing on the skeleton bones. You know how I hate them squirmy suckers. But they would be the least of my worries. I tried to crawl and paw my way out of the mud pit again. Every time I gained some momentum, the cesspool sucked me back under its oozing muck. I finally touched something hard, hoping it wasn’t another boney hand. Do I grasp it or what? Desperation told me to grab it. It was a tree root, and I finally made my way out of the hellhole, only to find myself in an even worse predicament. As I looked up, I saw Monroe charging on a huge and really mean lookin’ black stallion. The stallion’s fiery red eyes spoke of the devil himself. Fire shot from its nostrils as it reared to trample me. The thought of being a trampled carcass was not very reassuring, so I frolicked back into the mud hole to escape the flying hooves of a horse with no name. Monroe’s head was enveloped in a blue static electric halo that was certainly not of an angel. Behind him charged a band of his warriors screaming bloody murder with their laser guns spittin’ hell-fire, and damnation. My little bugged eyed grandson waved a sword type weapon that shot a laser beam from its tip. Flashing him the Vulcan peace sign had no effect. The evil sense of satisfaction written all over his face told me he was hell bent on putting some hurt on me. A blast from his laser sword dissipated the two middle fingers on my left hand. Before I could contemplate the pain, another blast hit a dead tree just a few feet to my right. Thank God, the unsteady horse was disturbing his aim. “Jesus Christ, Monroe, will you lighten up,” I shouted, showing him the hand with two missing fingers. “That was uncalled for you earless little gimp.” I could have sworn someone had said to set their laser’s to ‘stun’. Apparently, ‘that someone’ hadn’t gotten the message. I heard a cracking noise and turned to watch, in slow motion, as a dead tree fell towards me. I was frozen in my tracks as it smothered me under its mass. The weight of the tree pinned me beneath the mucky water. I was back in the arms of the skeleton and among the frickin’ rats. My lungs had begun to fill with the murky, smelly water as I grasped for a straw. This was turning into one horrendous nightmare. A horrific blood-curdling scream, which gyrated from deep within my gargling throat, jolted me from my sleep. The scream protruded through my body, bolted me upright and back to reality. It scared the crap out both Karen and me. “What is it, Tom?” she asked as she wrapped her loving arms around me. I was shaking like a leaf on a very windy March day. The bed sheets were soaked in my sweat. My heart was pounding like I had just crossed the finish line in a marathon. Lord have mercy! Another nightmare and it was a dilly. The dreams had increased these past few weeks. For Pete’s sake. What the hell is going on with Tom? 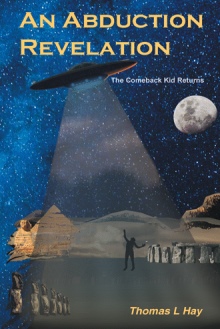 We now know who the abductors are and where they came from. It has been thirty-seven years since Tom and his clone (Tom-Tom) traded places. Tom-Tom has discovered his true identity and that Tom’s life may be in danger. Monroe abducts Tom-Tom to aid Tom in his desperate situation. They both discover secrets that Monroe had kept from them, along with a few other surprises. Rejoin “The Comeback Kid” in his latest adventure as he discovers Monroe’s secrets and learns the truth behind his abductions. Another incredible journey packed with mystery, action, comedy, romance, and more exhilarating plot twists. “Great story. I really laughed out loud a number of times. Not often is a sequel better than the original” (Mark Schultz, The Word Refiner).

Thomas L. Hay was raised in the golden valley of Clinton, Missouri. He is a graduate of the 1961 Clinton Senior High class. He spent four years in the US Navy as a radioman during the Vietnam War. He retired after a thirty-nine-year career with TWA/American Airlines. He currently resides in Lake Waukomis, Missouri, with his lovely wife, along with some hyperactive squirrels, too many irritating geese, and a few cranky old catfish.