Up from the Ashes

A Healing Journey through Sexual Trauma, Domestic Violence and Addictions 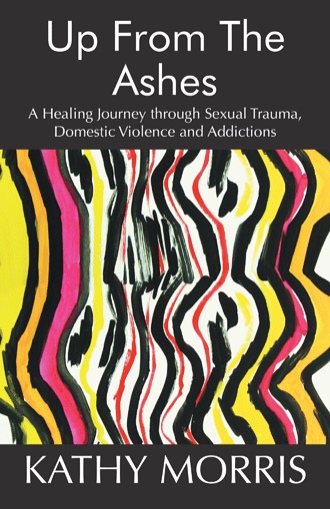 One year later, Officer O’Malley asked me to marry him. He bought me an engagement ring and we purchased a house together in Fairmount section of Philadelphia. Two weeks after I moved in, he became abusive and starting using racial slurs. One day, I was asleep on the third floor, after working the midnight shift. O’Malley burst into the room, grabbed me by my T- shirt and lifted me up out of the bed. I started punching back and ran out of the house. On my way out I was shocked to see that he had broken all of my glass tables on the first floor. Secretly, I began looking for an apartment. I started sleeping in the living room fully dressed after that incident. His drinking became more and more out of control. One evening, month later, O’Malley announced, “Do not to leave the house” I didn’t take him seriously, because we needed food. So, I put on my coat and continued on my way. When I returned a couple of hours later with groceries, he was sitting on the couch with a half empty bottle of Jack Daniels whiskey and his gun on the table. He looked directly into my eyes and whispered, “I’m going to kill you tonight” as he poured another drink. I responded by saying, “Stop playing around, don’t be ridiculous.” I got up from the sofa, went into the kitchen and got my favorite chocolate from the refrigerator. He said, “That chocolate’s not going to help you. I’m going to make it so that even your own mother won’t recognize you.” I looked up at him and finally realized that he was serious. He had a blank stare in his eyes; the kind of stare that lets you know that evil is in the room. A cold chill went up my spine. He picked up his gun, pointed it at me and said, “I told you not to leave the house.” Survival mode kicked in and I decided not to run for the door. I slowly got up from the couch and looked directly into his eyes, and backed up the stairs. Not once did I take my eyes away from his. Once upstairs, in the third floor bedroom, I planned my escape. I decided if I heard him coming up the stairs, I would hide on the roof deck. All my friends and family had abandoned me because I was with this white guy. I did not trust the police. So I to decide to called a childhood girlfriend Debbie whom I had not spoken with in 5 years. I told her what happened and she said to come to her home as soon as I could. I stayed awake the entire night and left the next day at dawn. O’Malley was knocked out in a drunken stupor on the sofa, as I tip toed out. It was Thanksgiving Day; I went to work my shift and then went to my sister’s house for dinner. When I got to her house, I ran upstairs and hide in a corner and cried. My family asked what was wrong. When I told them what happened, they convinced me to file a Protection from Abuse document against him. I left the house and drove directly to the Roundhouse, (the police department headquarters.) Once there, the administrative officer told me to sit in his office while he talked to the judge. I sat there and cried. I was in full uniform, feeling humiliated and embarrassed. With the signed documents, I returned to Debbie's house. I needed to go and get my clothes. Debbie convinced me to have a police escort meet me there. The policeman rang the doorbell while I hid behind a large parked truck. I was terrified. O’Malley opened the door to police officers whom he knew. He commenced to joking and laughing saying “you know how women are”, acting as if nothing had even happened. I was scared, running around the house throwing every in green plastic trash bags. I took only what could fit into my car. I naively thought that it would be the last time I’d see O’Malley.

Kathy Morris takes us on a healing journey of childhood sexual trauma, domestic violence, and addictions. Her transformation from victim to healer is a living testimony of the power of human ability to overcome all adversities. Her story demonstrates how you can redefine your life and live with joy and unconditional love no matter what tragedies you have experienced.

Kathy Morris is a natural, creative channel who shares her gifts with the world through her poetry, writing, and energy work. As a survivor of incest and domestic violence, her experiences gave her a unique perspective while working as one of the first women on the Philadelphia police force. After being hit by a car while on duty, she spent twenty years in various healing modalities. Her transformation of the physical, psychological, and spiritual pain motivated her to learn how to teach and heal others to experience unconditional love and follow their soul’s purpose as she now walk hers. She published her first book of poetry, Inner Journey the Birth of a Poet, in 2008 and collaborated with Stephen Wise-Katreil to create a musical CD under the same title. A chapter of this memoir was included in the anthology The Journey of Healing, Wisdom from Survivors of Sexual Abuse in 2010. She founded Inner Journeys to provide tools, techniques, and products that enable personal transformation to people of all ages.