Journey of a Red Soul 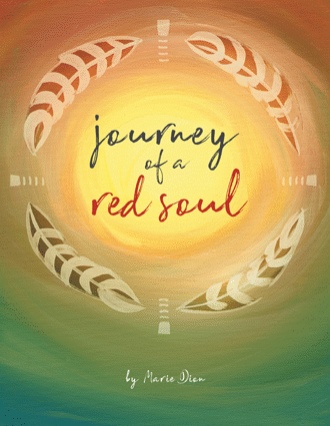 One afternoon last winter I had a Native friend stop by for a visit. She shared a poem with me that she had written, and as she read her words, I could feel her ancestors speak through her. An unmistakable chill ran through me as a sign of confirmation, and I heard from Spirit, “The time has come!” I had no idea what the significance of this acknowledgment was but it was a powerful moment for both her and I. When I awoke the next morning, the poem featured in the introduction of this book came to me from Spirit, word for word.
Why was I chosen to bring the message of the poem and this book? I don’t know. I’m only the vessel through which it came. This information flows through me but I do not own it. What this means, I do not fully understand just yet. Every day more is revealed as I listen and am instructed by those I call my ancestors. This instruction has taken place throughout my life, before culminating in the channeling of this poem and the decision to write this book. What Spirit has revealed to me, through personal past-life experiences and shared stories, creates a broad picture of how we return to life again and again to experience the world from different perspectives. We have the chance to either heal and grow, or fail to learn and inflict harm on others. Which of these scenarios occurs depends on the choices we make, and the consequences manifest in this life and our lives to come.
Let me tell you a story from long ago that my ancestors shared with me — one of many that happened during the initial occupation of the Americas.
There was a settler, a white man who hated the Natives. He did not listen when he was told by the U.S. government what land belonged to the Native people through treaty agreements. He initially obliged, but after weeks and months of staring, frustrated, at the rich ground lying fallow across the river, he eventually decided for himself that they weren’t even using the land and it was being wasted. He did not understand that the Native way of ‘using’ land is being in a relationship with the land and having a deep spiritual connection to it and our Mother Earth. In his arrogance, the settler decided that he would claim the land on the other side of the river for his ranch, even if doing so was in direct contradiction to the U.S. government’s treaty. He settled himself on the wrong side of the river, establishing his ranch on Native land. From that moment on, he proceeded to murder any Native he saw traveling through on horseback and crossing land he now claimed as his. He hid and shot unsuspecting Native men, women, and children with his rifle, killing them off their horses without warning and without remorse. He took what was not his and treated other human beings without respect or compassion. He treated everyone besides himself as if they were animals. With no regard for women of any race, he raped, abused and murdered them at every opportunity.
So, in his next life, he was reborn on a reserve as a Native woman who was abused similarly to how he had abused others. He was not allowed to come back into his position of power as a white male, and had to experience a life subject to the abuse he had perpetrated on others. He had never lived a lifetime as a Native person and now his soul came back with the intention to heal his arrogance and prejudice by experiencing the opposite perspective. The beliefs of his prior life needed to be healed in this new lifetime so that compassion could settle in his heart and he could become a better human being. This lifetime’s experience as a Native woman offered him true understanding of the Native way. His heart shed its prejudice and reached a place of soul healing.
And what of those who were hurt or killed by this white man in his first life? Who do you think they came back as? Many, myself included, came back to experience a “white” lifetime so they could also heal the hate, pain, anger, and prejudice that had become a part of them because of the European man’s actions. In experiencing “the other” in this deep way, true and transformative forgiveness is possible.
This is why judgment of another serves no purpose. We can never know another’s journey, or see the entire complexity of the person standing before us. What any one individual can overcome in a single lifetime is miraculous. They have the potential to become whole, loving, and peaceful, no matter who they were in times before. Creator has given us everything we need to accomplish this within ourselves. Our own journey is not like the journey of any other person that stands next to us, no matter how similar they seem to be. We are each unique in the combinations of lifetimes we have experienced. Whether we are a new, young soul or an old soul that has been here tens of thousands of times, we each eventually experience our own version of the same lessons, in the same way we share common experiences as children who grow and learn together in a classroom or community. We do not judge a three-year-old because she cannot accomplish the same things as a twenty-year-old. We know that in time that child will learn. Are you the same as you were five years ago? Ten years ago? Thirty years ago? When you look at other people, know that they are changing just as much as you are. 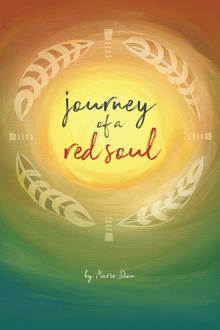 “What Spirit has revealed to me, through personal past-life experiences and shared stories, creates a broad picture of how we return to life again and again to experience the world from different perspectives. We have the chance either to heal and grow, or to fail to learn and inflict harm on others. Which of these scenarios occur depends on the choices we make, and the consequences manifest in this life and our lives to come. “To know yourself is to know your connection with the divine, and your purpose. This can only become clear when you mature and grow, physically, mentally, and spiritually. Once you are ready, synchronicities happen in your life that you cannot explain, but they serve as validation that you are moving in the right direction and that you are fulfilling your purpose. These events not only validate your path forward, but also make the path easier for you. “Because a soul’s evolution is both a personal and interconnected experience, there is no avoiding a challenge either personally or on a global and societal scale in life. For an individual soul to grow, or for all of our souls to grow as a collective people, we have to go through the dark times and challenges and make it to the other side to develop clarity and healing. This is not an easy task. It takes a lot of courage and faith, both of which are lacking in the society we live in now. However, this does not mean things are hopeless for all people. A lot of the things we are dealing with in our world now are a reflection of the collective and are happening so that we will once again find our faith. We will once again find connection to the unseen world. “Our country needs to heal its past with the First People for us all to prosper . . . This book is a courageous step in that process” (Jayne Gabrielle, psychic counselor and Reiki master healer).

Born into an Italian, Catholic family in the 1960s, Marie did not delve into her Native ancestry until she was in her thirties. Although most of her relatives preferred to leave their Native heritage behind, her mother shared her father’s ancestral heritage with her children: “We are Algonquin. You need to know.” Plus, Marie was no ordinary child, and her early mystical experiences, her inexplicable reaction to ordinary things, and her ability to remember realities experienced in other lifetimes set her apart from her siblings. In Journey of a Red Soul, Marie traces her path of discovery, courageously standing in her Native roots, to share lessons learned in multiple previous Native lifetimes. She deftly communicates her insight into the path of healing from racism of all forms, believing we experience diverse lifetimes as the other gender, the other race, and, karmically, any form we consider separate or different from ourselves. She boldly treads upon our tightly-held beliefs about identity and suggests the ultimate solution: we are all interconnected human beings who need to understand each other and “walk in the other’s shoes.” She considers herself a bridge between the Christian perspective and Native understanding, demonstrating how these spiritualities work together throughout her own lifetime testifying to that very real interconnectedness.