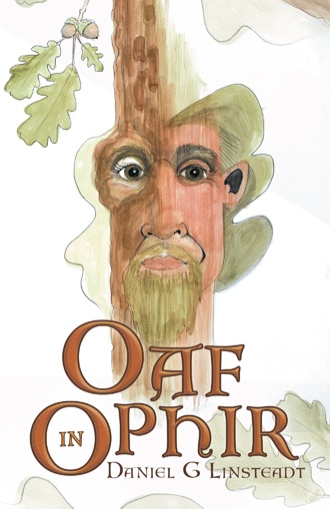 Chapter 1
Was That Him?

The sky was powder blue above the hillside of granite outcrops, golden grass, and pine and oak trees whose contorted branches mingled under the high yellow sun. Emory’s bare legs tingled in the cool water that flowed in braids through a smooth groove carved into a large white-and-black speckled slab. Mountain blue jays flitted from tree to grass with an occasional raucous shout when a neighboring jay got too close. He glanced to his right at a couple of kids, maybe going into fourth grade and about his age. He wanted to play with them as they screeched with delight while splashing in the shallow pool fed by a gurgling waterfall. Parents looked on with lazy eyes from the small strip of beach where coarse sand accumulated from the hillside. The steep ascent to the main trail above continued onward to a hidden waterfall. The falls, spilling for over thirty feet, had long been a stunning attraction for weekend hikers and tourists who learned of its location from the Ophir locals. A recently built wooden deck reached out over the rocks, where the waterfall’s spray created a rainbow. The rushing water flowed into the larger stream just below where Emory rested. Feeling flushed from the sun and with hunger growling in his belly, he sat up, remembering when Grandma would relax next to him on this very rock. I need to get home soon so she doesn’t worry, he reminded himself.
A flash of light and sudden movement up the hillside caught his eye. Trying not to blink, he saw a flutter behind a large oak he didn’t remember being there before. “Is that you?” he asked, squinting.
The newspaper clippings his parents kept in a scrapbook back home, about an oaf living in Ophir, made him wonder. The many articles told of a magical oaf who was the cause of both concern and mystery for the locals. They described the good deeds that mysteriously occurred after sightings of this supposed homeless man, referred to as the Oaf. His picture had never been captured, but witnesses all said he appeared to be a bumbling man, who was also nimble while prowling their property near the streams.
Emory pulled his legs up into a crouch, ready to spring. Tilting his head to the side while staying focused on the oak tree, he listened for any sounds up the hillside. He heard only the babble of the stream and hikers chatting, but the jays remained quiet in the trees. It’s as if something is causing them concern, he realized. He leaped across the spillway and landed softly on bare feet. Scampering up the warm rock, he peered over its ledge.
“Time to go home,” a parent shouted above laughter.
“Thank you,” Emory whispered, focusing on the ancient tree and wanting another glimpse. “Seeing the Oaf would make my three weeks with Baba magical.”
What appeared to be an arm moved from behind the tree. He glanced back at his sports sandals sitting on the rock below and wished they were on his feet. Slipping over the weathered stone bright with patches of orange and pale-green lichen, he jumped from boulder to outcrop. He stopped with one knee touching the brown grass growing among broken branches, rocks, and the creeping myrtle that inched away from the shadows. He moved forward with tender feet and alert ears. The sounds of the stream and people became muted while the creak of branches and the rustle of leaves seemed heightened. Inch by inch, he climbed toward the tree.
“Waaay,” floated through the air in a deep, low voice.
The sounds of the flick of fabric and the snap of wood twisting jolted Emory’s heart. He sprang toward the tree and pressed his hand against the green moss that carpeted the gray bark. He peered behind the trunk and shouted, “Ouch!”
Breathing loudly, his heart pounding in his ears, he saw nothing. Rubbing his tender heel, bruised from a small rock, he glanced around with the word way resonating in his memory.
“Where did you go?” he asked.
Stepping behind the tree, imagining he was the Oaf, he watched the world down below. He wondered if the Oaf were afraid of what it had become. How silent and different the view must have been over a hundred years ago, he thought.
“He can’t possibly move that fast,” Emory whispered, peering around.
He studied the tree’s creased, weathered bark. A large, gnarled knot swirled around where a branch once attached. “This will make an amazing painting,” he said, wishing he had the camera. “Baba and I can paint it together.”
He ran his fingers over the bark that weaved around like a wreath and decorated the exposed wood within. “I know you were here, but where did you go?” he asked, hoping the voice would answer. “No wonder your picture was never taken; you’re magical, but someday I’ll see your face.”
Emory tiptoed down the hillside and soothed his soles in the cold water. Jumping to the small island, he slipped on his sandals and backpack while staring at the tree. “Way?” he repeated. “Wwway. Did I hear that right? It was a voice, not the wind; I’m sure of it.”
He hopped over the stream and landed on the coarse sand with a crunch. Slipping through tree branches and blackberry creepers and clambering over large boulders, he began the long hike back to his bicycle.
“Baba will enjoy hearing about today’s adventure,” he said to himself. She liked the oaf stories but said it brought too many tourists to the town. 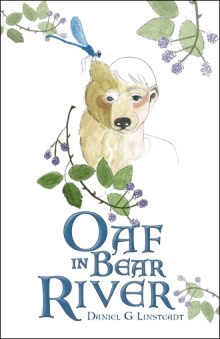 A highlight of every summer for Emory and his little sister, Faye, was their special annual visit to their grandmother. At Baba’s house, the kids played by the streams, ate blackberries, watched deer, and ran through the woods to their heart’s desire. This summer, Emory was particularly intrigued by the rumor of a magical Oaf living near Baba after discovering his dad’s Ophir newspaper clippings.

Emory was alert as he explored the streams and wandered through the woods. A flash of light up the hillside began the magical summer he hoped for. A voice floating through the air, the sound of wood twisting in the trees, and a glimpse of a ragged piece of cloth were the first hints of the Oaf. Baba was delighted by Emory’s adventures and urged him to offer a sandwich along with a note to the mysterious being who was revealing itself to Emory.

The Oaf revealed his magic with nature after Emory was mysteriously protected from a mountain lion attack. Baba finally shared her encounters with the irresistible Oaf and his ways in the woods. Tantalizing encounters ensued when Faye arrived and the Oaf slowly befriended the children. The Oaf helped them discover their own personal relationship with nature and their own innate gifts of magic with the plants, trees, and wildlife.

The elusive Oaf sparks the imagination, leaving the reader wishing for more! Captivating from beginning to end, Linsteadt weaves an enchanting lyrical tale of a family’s search for innocence and wisdom through their connection to nature.
—Paula Peach, Teacher/Artist/Musician
—Eric Peach, Author/Teacher

Daniel received two BAs from University of California–Santa Barbara; most of his career has been spent as an IT programmer. In his inspiring stories, the realm of the magical and spiritual blend with the heartbeat of all life, and creatures see answers to those deep questions that stir within us.