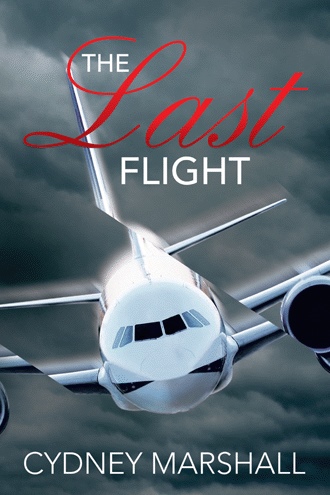 MANILA, PHILIPPINES The heavy glass doors slid open, and the pilot and first officer for AmerAsia flight 56 stepped inside from the steamy night. Captain Darius Jardine surveyed the Manila flight terminal, which was bustling despite the late hour. Gradually the sounds coalesced into a familiar din as people called out to loved ones, hugged, and hustled toward their gates or through the front doors, heading for home or a new adventure. Over the intercom, a woman’s robotically-soothing voice announced a series of late-night flight departures. In his over a decade as an airline pilot, Jardine had been in thousands of airport terminals, and the Manila airport didn’t feel much different than the ones in Cincinnati or London or Beijing. Jardine rolled his black bag over the sky-blue terminal carpet until he reached the international security checkpoint. He made brief eye contact as the security man glanced over his credentials. “Captain Jardine,” the security man said, “you have a nice flight, sir.” Jardine flashed a smile and moved on through the checkpoint. He paused to wait for his copilot, James Henderson, who was trailing behind. Tall and thin, Henderson stood stiffly as the security officer gave him the once-over, then returned his papers. An orange-haired policewoman, part of a security group loafing nearby, laughed thunderously at something a co-worker said, then mouthed, “Good morning,” to the pilots as they passed through the checkpoint. “Look at her,” Jardine whispered to Henderson. “Homeland Security is recruiting from clown schools.” Jardine grinned and cast his arm across Henderson’s shoulders. “You’re not having second thoughts, are you?” Henderson didn’t respond. He just peered blankly ahead. Jardine shrugged and headed towards the gate, his wide strides drawing attention of everyone on the concourse. Henderson fell into step behind him. At the moment, Henderson was wound tight. So was Jardine, but he didn’t show it. He tipped his chin high in the air. Passengers congregated in groups, checked the time on their phones, glanced up at the big flight board, huddled around a bar television set. Jardine ignored all the riff-raff, the pain-in-the-ass, demanding passengers he ferried around every day. Commercial airline pilots were glorified bus drivers in the sky, nothing more, hauling around the great unwashed. At gate D-14, Jardine saw it through the window. A wide-body Boeing 777. Possibly the most reliable machine on earth. Flight 56. His flight. An odd feeling coursed through his body. He forced it back to wherever it had come from. He and Henderson strode through the passengers who’d already congregated in the waiting area. Near the ramp that led to the aircraft, a voice spoke up. “Excuse me, sir?” It was a woman’s voice. Jardine turned and saw a young mother in a long, floral dress and an easy smile. Her towhead son, who looked to be about four, clutched her hand. The boy was on the brink of tears, staring down at a blood-red teddy bear at Jardine’s feet. “My son has always been fascinated with pilots,” said the mother. “Indeed,” said Jardine. He crouched down. “It’s the best job in the world, and I get to do it every single day.” “Is it dangerous?” asked the boy. Jardine grinned. “Of course not. Airplanes are the safest form of travel.” Jardine chucked the kid lightly on the chin and unleashed a giant megawatt smile. The boy hid shyly behind his mother’s legs, clutching his teddy bear. “Do you have any children of your own?” the mother asked. “No,” said Jardine, “but my copilot does. Right, Henderson?” Henderson looked as though something enormous were straining to jump out of his body. “I have a daughter,” he said. He crouched down and pulled a pair of plastic wings from his coat pocket. His mouth opened and closed, but no words came out. His eyes were fixed on the distant horizon. “Hey,” said Jardine, “don’t tease the boy.” He took the wings from Henderson’s hands and handed them to the child. “There. Just like we pilots wear.” The boy stared at the plastic pin, then his eyes moved up to Jardine. Suddenly shy, he hid behind his mother’s legs. Jardine stood up and flashed his practiced, lady-killer smile, the one that led fawning women to tell him that he seemed straight out of an airline commercial. “I hope you enjoy the flight, ma’am.” The mother beamed as she took her son into her arms. Jardine headed down the narrow jet bridge, Henderson following behind him. “You’ve got to get yourself together,” said Jardine. “I’m depending on you here.”

When a commercial airliner disappears midflight into a world of terrorism and smuggling, husband-and-wife CIA operatives Alexis and Markus Dain must track it down before more flights vanish—and before brutal terrorists turn our own planes against us once again. Torn from the headlines, The Last Flight is a novel bursting with suspense and international intrigue, driven by the very real dangers of air travel today—hijacked and missing planes, air disasters, and the use of commercial aircraft to smuggle weapons and drugs while committing acts of terrorism. AmerAsia Flight 56 has vanished with over two hundred passengers and crew. Has it simply run into mechanical issues and crashed into the ocean? Was it an act of terrorism or a sinister plot to kidnap the numerous diplomats onboard? When no trace of the missing airliner is found, Alexis and Markus begin to realize that the disappearance is no ordinary air crash but part of the world-wide conspiracy that will further arm terrorists and cost thousands of innocent lives. An ocean away from CIA headquarters in Langley, Virginia, a consortium of terrorists and smugglers, flush with the success of their first operation, are planning more hijackings—and more atrocities. As the crack-CIA team travels the globe and uncovers the truth, they find links to the highest echelons of American business and political power. As they race to solve the crime of the century and end a wave of terror, they find the love they thought had vanished long ago. Come onboard The Last Flight. It will have you thinking twice before boarding your next flight.

In her twenty-two years as a flight attendant, Cydney Marshall has flown with over one million passengers and has shared in their joy, thrills, sadness, and even death aboard America’s jetliners. Her experience with the airlines and her work as an actress led to the penning of her debut thriller, The Last Flight, and a related screenplay. Cydney is the mother of two amazing sons and a beautiful daughter-in-law. They live in scenic Utah. She is currently writing the next adventures of Alexis and Markus Dain and The Last Flight series. Cydney’s Web sites: www.cydneymarshall.com and www.thelastflightbook.com