Maddox Files: Back to Business 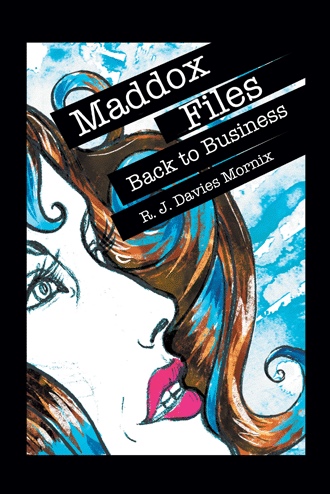 An unseen battle was happening in the universe. It’s a power struggle between good and evil. She chuckled at the thought. As the battle wore on, the lines between the two were getting blurred. Good was mucking up things and getting their hands dirty in the process ... real dirty. They no longer could hold their heads high and look down their noses at her kind.

It was becoming more of a battle between those with good intentions and evil ... at the end of the day, was there any difference? There was none that she could see. Yet, as a dutiful warrior she would trudge on for her team. Earth was another playground where its occupants were merely pawns in this drawn out struggle. Back on Earth, she inhaled deeply. Smelling them ... the humans everywhere, it was like a childhood memory. She had some good times here.

Power ... control ... these were the weapons of choice for her side. The tug-of-war raged on. Sitting in human form in a small cafe ... she mused as she kept a watchful eye on him sitting across the room from her. They sat in the same small restaurant.

Her target ... Mr. Ryan Winters, young, strong, handsome ... but more importantly brilliant. Catching him now before he became successful was a power play move that would pay off in the long run. Fragile ... the whole lot of them … including Mr. Winters. She felt comparable to the wolf hidden amongst the flock of sheep in sheep's clothing ... mingling with them, smiling at them ... all the while plotting and planning against them.

On the outside, she appeared to be a very attractive female, and this time around she would go by the name of Lily Winters.

She spied her prize sheep across the room. He was keeping a watchful eye on a table where two young ladies were seated and deep in conversation. They hadn't noticed him. He sat alone, reading or pretending to read a book. The woman that captured his attention appeared attractive, average height, fit ... and her dark hair had the ends tipped blue. He waited until her friend got up and left, then approached her. He said something … she laughed, then got up and left.

It was a wise move. Lily Winters was not going to let her sheep stray too far. No, no, no, she had plans for this one. A delicious grin spread across her red lips as she watched Mr. Winters pay his bill and head back to his office like the good little sheep he was. She mused at the thought of her delicious plans for him.

Dice Maddox was once a great private investigator. As fate would have it, her partner died in a car accident. Dice ended up in a dead-end job with a cheating fiancé. She has had enough and would like to reclaim her old life or a piece of her old life. The problem is going back to work as a private investigator; she is facing many unforeseeable challenges. She wonders if she can do this kind of work again. Then Ryan Winters walks into her office; she isn’t sure if he is crazy or sane, but he needs her help. After a recent car accident, he finds himself married to a gorgeous woman he has never met before. She’s hiding something. The closer Dice looks into the case, the more she finds herself wondering whether the woman is a demon or an alien. What has she gotten herself into?

R. J. Davies Mornix dreamed of being a published author since she was eight years old. She has always been a fan of science fiction and fantasy. She grew up in Sault Ste. Marie, Ontario, had lived in Toronto for a few years, where she met her husband, Dave Mornix, who has been her biggest fan and supporter. She now lives back in Sault Ste. Marie with her husband, two sons, Davey and Denziel, and their two cats, writing plots, conversations, and scenes in ratty notebooks, napkins, and slips of torn-up, coffee-stained envelopes. When asked why she writes, her answer is, “It’s a need, really, like breathing … I have to do it.”