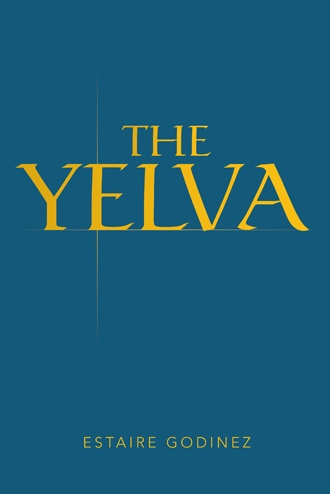 Thomas decided to take this job, one that would take him to Peru in South America. He spoke Spanish, so that wasn’t a problem, and he had not been back to South America since childhood, and with all these emotions pulling at him, the looming marriage, these growing feelings of sadness and guilt for not going to Yawaire’s funeral, be it redemption or forgiveness, who knows. All he knew was that there was this hole inside of him, this emptiness, something that had to be lifted or filled, or both. Thomas knew he also needed to get away to think about his wedding, to see if this was truly what he wanted. He thought this trip would do just that, give him the time he needed to clear his mind and think this out. Right away, one could tell that he was not from this place. There was something in the way he walked; he had a certain swagger that comes from someone who is at ease and very comfortable with himself. Not ego, but manly. He was a little tanned, his hair was a little long and unkept, and he had a rugged elegance about him. You couldn’t tell where he was from; you just knew that he was not from around there.

Thomas walked over to a table and sat down. A waitress went over to him with a menu and asked him in Spanish, “What would you like?” Thomas looked over the menu and said, “A steak with rice and beans, please, and a coffee.” She giggled as she took his order, impressed with how well he spoke Spanish. They smiled at each other, and she walked back towards the kitchen. Thomas was very proud of himself; his Spanish was not as bad as he thought it would be, seeing as he hadn’t used it much over the years.

She brought over his coffee. He took a sip, and it was wonderful. “Aghhh,” was all he could say. As he sipped his coffee, he looked around at the people eating there. There were a few Americans in the crowd; you could always spot them a mile away. They were always dressed the same – cutoff pants to the knees, a t-shirt, and tennis shoes. “Thank God I’m dressed differently,” he thought. Thomas had on khakis, a green-t-shirt with a pullover tied around his neck, and some casual dress shoes with no socks.

He looked over to the corner of the café, and while it was dark, he was able to see three men drinking. Ten minutes later, the waitress brought his food. He ate slowly, even though he was hungry. The food was so good, just what he needed. After the meal, Thomas sat there in deep thought, drinking his coffee and planning another strategy as to how his trip was going to unfold. He finished his coffee, got up, paid his bill, and walked back to the hotel.

On the bus the next morning as Thomas opened the door, something hit him on the head and he fell to the ground. It was dark and he couldn’t make anything out. He just felt his head pounding and someone’s hands pulling on his coat. At one point, he was able to open his eyes a bit and realize he was getting robbed. Again, he was hit on the head, and the three men hit Thomas repeatedly and beat him unconscious. They picked him up and practically threw him back into the bathroom, leaving him slumped on the floor. The three men got off the bus as if nothing happened and slowly walked away with all his belongings. Thomas then started to moan and open his eyes a little. The woman said to the men. “Levantalo. Pick him up. He is waking up. Let’s throw him out the window quickly!” The three of them picked him up and shoved him out the back window. His body was heard thumping off the ground. With the movement of the bus and the thrust of their push, he rolled off the road and into the jungle. He was somewhere near Medellin, and the last thing Thomas remembered was going to the bathroom, on a bus.

Thomas was just lying there, and as he tried to open his eyes, all he saw was darkness. He went to move, but it hurt everywhere. His head was throbbing; he put his hand on his head and it was wet. Thomas couldn’t see it, but he knew it was blood. He touched the area of his body where it hurt the most and realized he had cuts everywhere, on his knees, his arms, and even his back. Thomas then tried to look up, but he passed out.

He wasn’t sure how long he had been lying there in the dark when he heard a voice, a woman’s. Then he heard another voice, a man’s. Thomas tried to open his eyes, but all he could see were shadows. He lifted his arms in an attempt to ward them off, saying, “No, no,” but his body was in too much pain. The woman said something to him in a raspy voice, but he did not understand her. Thomas tried to sit up, but she said, “No,” and gently pushed on his chest to prevent him from getting up. Everything began to spin; Thomas had been hit pretty hard on the head. The last thing he remembered was this woman leaning over him and the wild scent of the jungle.

This story full of adventure, redemption, and impossible romance takes place in South America. Nonconforming New York City corporate leader, Richard Trent, and CEO Thomas Craig are some of the only businessmen bold enough to form an alliance with tribal leaders to create a pharmaceutical company in the jungles of South America. Against all odds and with the help of the spirits of the jungle, called The Yelva, along with 10 other healers led by Lorena Vazquez—the most powerful shaman in South America—the unlikely alliance fights against corporate greed and a local drug cartel to preserve their lands. Soon, the impossible becomes possible. The Yelva are the protectors of the jungle and all of its inhabitants. Together The Yelva fight alongside Thomas Craig to defend their lands and sign a contract that would solidify this venture. They split into three groups and agree to meet at the Fabrica de Hoachila on the third day. Global Tronics CEO Mr. Gains leads a competing company in New York City. He has formed a close friendship with Señor Sanchez, one of the cartel leaders, and together they decide to take on The Yelva-Craig alliance, so the battle begins. Three groups, one destination, one outcome.

Estaire Godinez is a professional musician, singer, songwriter, painter, and actress born in Oakland, California. She has traveled the world performing with her band, George Benson and Prince to name a few. Writing short stories since the age of seven, Estaire’s life has been one full of color and emotion, her experiences have been vast, and they have opened her mind and helped her creative flow. She has always been pulled toward the life and history of indigenous peoples. This story came to her, in part, to inspire others, and so that similar events may come to pass. Readers can look forward to her trilogy about reincarnation, Aztecs, and shamans that is set in the Yucatan Peninsula, coming near the end of 2015