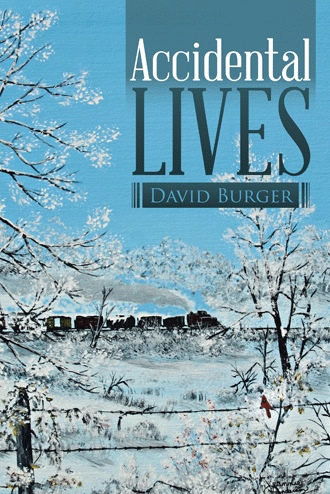 It had been six months since the accident. Brian had a long and difficult rehabilitation which included relearning how to walk. He was yet to walk without use of an aid. Today he planned to stroll out of the facility's front door along the walk that was bordered with lush grass and places of attempted tranquility for all the hospital's patients. Brian rarely ventured outside, more or less took a decent stroll, due to his self-pity about the loss of time and physical ability he suffered. Today he found a degree of determination that had become foreign to him. That determination came with its price as his frustration built as his walker became difficult to navigate. He had managed his way to the ground floor. Exerted already, he gained a few ounces of promise as he could see the sunlight brightening the marble floor of the entry way. He eagerly pushed the walker along. With his focus on the automatic double glass sliding doors, he did not notice the barrier in his path. His walker came to an abrupt halt as his weight leaned forward enough that the back wheels left the ground. Looking down he noticed the thick shag of the hospital’s welcome mat that stretched from just inside the glass doors covering most of the entry way. He sighed at the thought of making it across the welcoming mat that lay between him and the front door. His thoughts swayed to how easy it would have been to exit the doors had he been healthy. How this mat would not have caused him a second of thought. As he struggled with how much mental fortitude it took to get his legs to react and position themselves to put weight against the walker, he began what would feel like a hundred mile journey. His walker under every ounce of pressure he could muster would slowly sludge ahead of him by two feet before he would have to struggle with his legs to reposition them before he lost balance and then prepare himself once again for the whole embarrassing demoralizing effort over and over again. He repeatedly preformed this daunting maneuver with fatigue pulling on him with each push. He could feel people beginning to turn their attention to him. He could feel their pity. A wave of heat rushed across his body as it felt as if his blood was boiling at his inability to make the walker move as commanded. His anger, embarrassment, self-pity, and frustration had taken on a physical presence as his forehead began to show beads of sweat. With everything he had exerted and all the energy he had expanded, he knew his goal must be within reach. He slowly turned his vision to the distant front door to find he was only in the middle of the rug. Everything he had just exerted was going to have to be doubled in effort to reach his destination....or to even quit and turn back. His chest heaved as if in a panic. He once again leaned and pushed with everything his broken body would give only to find the walker move a mere few inches. His breath was as if he had been in a dead sprint. The next excruciating effort made his head feel as if it would burst. He became desperate as the screams echoed in his head for something in this world to bring him relief from this nightmare. He stood there shaking from the pressure in his skull that had now engulfed his whole body. He relinquished to the idea that there was no relief as his jaw clenched, his grip squeezed the arms of the walker, and his mind cussed his situation. "Damn my legs, damn this walker, damn this hospital, and damn me for being like this", his thoughts rang. As he stood red faced and what would appear to be alone in his world of deprivation, a tear managed itself from his left eye and down his cheek. Embarrassed about this display of apparent weakness, he wiped his cheek quickly and glanced around to see if anyone had noticed. He decided he had better keep a pace as not to bring any additional attention to him or his show of emotion. It felt as if it took a year and a half, but alas he was finished with the mat. He pushed himself through the front door using the energy from his anger to his advantage.

As he struggled putting one foot in front of the other pushing the walker along the paved walking path that led from the hospital along its manicured grounds, he stopped and noticed how blue the sky really was. To his amazement, he found himself astonished with its color. Caught like he was, he stood gazing into the cloudless sky. His mind let go of its previous obsession with his infuriating disability. He became one with the moment noticing the birds singing, smelling the gentle breeze, and feeling the sun warm his skin. The wind rustled the leaves of a huge oak that was the prize of the grounds. It was then when he noticed her. He could only see her from the back but something drew his full attention to her. Without a thought, his legs began moving in her direction with more agility than they had ever showed since his admittance. He watched as she turned towards him with her attention on a squirrel which she teased with a small bag of peanuts. As the furry pet darted to and from her with eagerness for a peanut but untrusting of the human, she laughed softly exposing a beautiful smile. Something happened to Brian's vision as all he could see was her image. The background had become a haze of golden light, gone was the squirrel, the tree in which she sat under, the ground, and sky. It was only her.

Accidental Lives is the story of a man who is in a car accident which leaves him awake in the hospital with no memory of the past six months. Partially paralyzed, he struggles with not having the life he had planned. Tomorrow finds him in a strange apartment in New York City with no memory of the past six months. He cannot remember graduating college or his best friend. Every other day he finds himself waking in the previous world convinced that the day before and its world were merely a dream.

He finds himself attracted to a woman from the hospital that has a mystical belief system. He inadvertently discovers that what he is learning from her may actually work as he finds evidence in his New York world. One world offers his planned future and the other a love life.

Torn between what appears to be two dream worlds, he finds himself tortured for one to end. Eventually his New York world provides its own love. By chance, she is the exact same image as his love interest in the other world. As he falls for both, torment turns into fear that one will indeed end and prove only a dream.

David Burger’s love for his two beautiful daughters—as well as his experiences and troubled times through childhood, a failed marriage, and career—led him toward a spiritual journey to find a deeper connection to the world around him. In doing so, he has found, and continues to search, for a more meaningful life, self-love, and acceptance which in turn strengthens his ability to love and accept others. He has aspirations to write and have his stories published and made into movies