Through the Eyes of Guilt 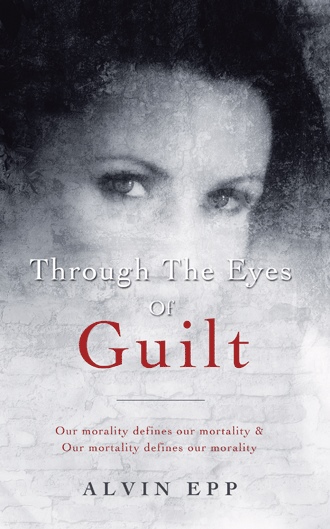 Chapter 1
The Radio Host and the Interview

I was listening to the radio one day, and the host made a comment that caught my attention. The comment wasn’t unusual because many people throughout time have said it before. The comment caught my attention because the way it was framed begged me to listen with a curiosity about how someone might respond.
The radio host was interviewing an author who had just finished writing a book about the mother heart of God. They were discussing the nature of God and how “he” is portrayed. Even right there, there was the connotation that God is male. I think most people are okay with the idea of God being a male-oriented supreme being, but is there much more to God, presuming we believe God exists, than just focusing on whether God is a male or a female entity?
The gist of the conversation was about why bad things happen to good people and why good things happen to bad people. The host finally asked, “Why would this apparent God of love allow bad things to happen in this world?” Over the years, the question has been asked many times—and many answers have been solicited—as we’ve searched for the answer.
Before I go on, maybe the question begs a few more questions. Why would a God of love allow all this bad to happen? Maybe the question has to do with our curious, probing minds needing an explanation for why we do what we do and what we are doing here on this planet anyway.
Many sects of religious orders define God’s role in our human existence. In biblical narrative, the Old Testament characterized God as a judging deity. If you step out of line, God will take you down. He was a very dominant, male-focused warrior-type deity. The Supreme Deity was not to be messed with.
A shift occurred in the New Testament when Jesus showed up and redefined God. Jesus or Jeshua was much more maternal in his nature and demonstrated the character and nature of God. In his claims and life, Jesus was far closer to the Mother Nature characterization of God.
Interestingly enough, some of our major religions stem from the same Abrahamic father and can be traced back thousands of years. Mosaic Law—not the Ten Commandments—evolved into a list of rules that shouldn’t be broken. If they were broken, serious consequences occurred to the perpetrator or perpetrators. By the time Jesus showed up on the scene, the “list of rules” was too onerous and complicated for people to even know where they stood with God. The system of the day supported the upper religious leaders to determine and define what was acceptable and what was deemed “right.” If not, the warrior God would destroy them. Control was the dominant force for determining how people were kept in check.
Fear works wonders in keeping people in line, and religions are very skilled at creating dynamics like this. It works because humans have egos, and the ego lives in a separate state of existence in the human body. The ego is designed for self-preservation. The ego will do whatever is necessary to protect what it believes is in the best interest of the self. With this as the human condition, it is a small step—with several evolving movements—to go from innocence to appeasing guilt.
This guilt extends to the community and beyond. Why is that? How does that work? Why would humans have the pressing idea that guilt is part of our human makeup? Does guilt play a role in life? If so, does it serve us or do we serve it?
Back to my original question, if God is seen as a loving God, why do we abuse and misuse each other so often for our own gain? We have a will within us. This will says we have the freedom and capacity to be kind and forgiving and/or harsh and judgmental often within the same thought. I’m not necessarily referring to those events on the other side of the world or the major ones that capture our attention on a grander scale, such as mass murderers, dictators, and extremist groups that thrive on violence to satisfy their beliefs and values. I’m going to focus on everyday life where each one of us has to resolve how guilt fits into our human experience.
Why does a loving God allow all the horrible events of life to occur? Why couldn’t God—if he exists—wave a magic wand to take out those bad dudes and make it all better? Wouldn’t our world be better if God singled out those who commit these crimes? What if a guilty judgment could be exercised and the innocent knew the verdict was justified and could carry on as if nothing happened? The innocent? How quickly do we judge things—no matter how grand or insignificant the thoughts or actions might be? We like to be right in our assessments of whatever is brought to our thought processes. Our beliefs and values motivate us to come to conclusions that often make us the judge and jury and all too often the executioner as well.
The guest on this particular radio show was commenting on the nature of God’s forgiveness and how far this forgiveness reaches. The comment was made that this loving God could forgive a serial killer or a mass murderer. If forgiveness is valid at every level imaginable, then everyone has the potential to be completely forgiven. The next thing the host said caught my attention. He didn’t think or believe that the crimes committed by these individuals were forgivable. There appeared to be a line that determined forgivable actions and unforgivable actions. Society does it, but more importantly, individuals have something inside of us that calls the shots to determine what is and what is not forgivable.

How guilt motivates us to do the things we do, to make the choices we make, and to think what it is we think and believe we are here “doing” has always fascinated me.

Guilt reveals itself as we experience life circumstances that confront our moral ethic and our behavior toward others. More often than we realize, we place guilt on others to satisfy our own self.

What do we do when faced with feelings of guilt?

What holds us to use guilt against ourselves or against the world that we live in?

What does it take to live beyond the judgments we make when we look at life through the eyes of guilt?

Maybe that is the brilliance in the plan of our journey here. Maybe guilt is designed to motivate us to live beyond the grip of judging ourselves and the judgments we place on others.

Is life meant to be lived guilt free? Or can guilt teach us more about ourselves than we realize?

Alvin and Jacquie live in North Vancouver, British Columbia, Canada. He has four fantastic kids who are now well on their way in life. Alvin has two favorite pastimes: playing piano and sailing the Gulf Islands in and around Vancouver. His favorite wine: California Cult Classic.