a boy in Hurstville 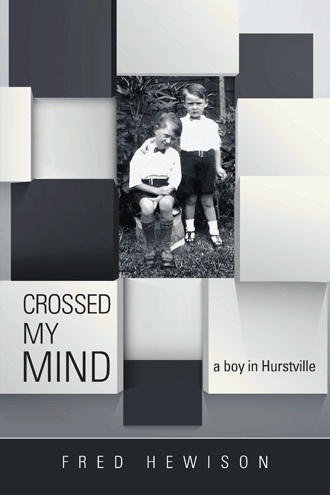 These are Fred Hewison’s random memories of his boyhood years while growing up in the Sydney suburb of Hurstville.

Born in 1933 in the same house that he subsequently occupied for the next fifty five years, he has produced an amusing and sometimes nostalgic selection of reminiscences of those things that he and his best mates did when they were boys Any person of similar vintage would remember the marbles, street cricket, and bonfire nights, but only the select few might recall the exciting times and the mischievous behaviour that sometimes occurred in the old Civic Picture Theatre when the lights were out during Saturday matinees. This book contains much more, including a few additional historical facts surrounding the district in which the author grew up.

Those who were not a product of the locations described in this book but were of a similar generation should still relate to the memories of the author’s childhood. There was no television or computer—only the radio and its serials to thrill you, but that didn’t matter, since a kid had little time to spare after school, with all the footie and cricket in the paddocks and then there was the homework to attend to before bedtime.

Not everything was pleasant, since insubordination was generally rewarded with some form of punishment—whether it was the cane at school or the stick at the hands of your parents. In most cases, however, it was both expected and deserved, and it served to enhance a lad’s respect for the deliverer.

Whether it provides amusement, a walk down memory lane, or a revelation for the younger generation, this book might be worth reading.

FRED HEWISON was born in Hurstville, south of Sydney, in 1933 and was educated at Kogarah Intermediate High School before becoming a survey draughtsman with the Sydney Water Board. After a lengthy service, he retired and now lives with his wife, Margaret, on the far north coast of New South Wales at Tweed Heads, where he combines a lifelong passion of landscape painting with playing golf and beach walking.