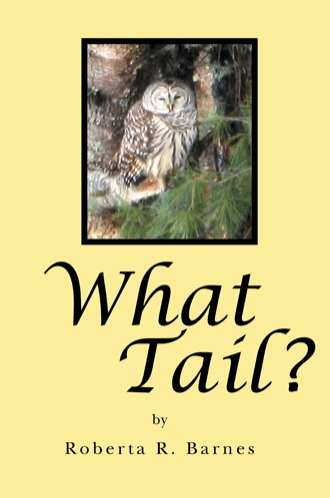 On the other side of that mountain where the sun disappears every night, is the Great Pine Forest. Misty’s nose led her straight to the Annan Woods, which is tucked behind the Great Pine Forest. Before she stepped out of the Great Pine Forest she stopped and leaned against one of the pine trees. There are two reasons why most people stop in the Great Pine Forest. First, it was, and is, such a great place for picnics that there is no reason to go any farther. The other reason is that most everyone had heard about the Annan Woods ghost. The meadow felt like Misty’s secret place. A beautiful, secret place in a land where almost no one goes is the perfect place to play. She let go of any worries she had about the Annan Woods ghost and simply enjoyed being with the flowers, butterflies, and birds. While Misty had stopped worrying about the Annan Woods ghost, she was being watched. The animal watching Misty, like her, had no special friends. He walks and talks, like the other animals. He even likes to run through the meadows on sunny mornings, like the other animals. On the other hand, or paw, he is not at all like any of the other animals. This animal, who a very wise old owl named Ve, would sit in the shadows watching other animals play. He wanted very much to be playing with them, but it was very hard for him to make friends. Every time he would decide to go play with another animal, it would happen. He would try to walk over to be with the other animal, and his legs would simply refuse to move.Everyone knows how smart wise owls are. The wise old Mr. Owl, who is the wisest of all wise owls, would know where to look for his answer. The wise old Mr. Owl, who is the wisest of all wise owls, might even know the answer Ve wanted without looking anywhere. The wise old Mr. Owl would also know which star was the right star to make his wish on. The wise old Mr. Owl’s voice became soft as he said, “Take a deep breath, and then let all the air out. I am wise enough to know that my head will not hurt if I see you. Tell that worry of yours to go play, because you are coming out into the moonlight to find your solution. Or, as you say, your answer. Together we can find it, but only if we are looking into each other’s eyes.”Misty’s eyes began to twinkle as she promised Ve in her most serious voice to keep his secret. To make Ve believe that she could keep a secret, she told him that she knew about the flowers’ secret but had never told anyone. Then Wolvie lifted his head, and his eyes began to twinkle. The corners of his mouth turned up so high that his teeth showed. He looked at Ve, lifted his shoulders, and then winked at Silver Tip. “Oooo, I know when someday is. Oh yes, the three of us can make it tomorrow.”

Misty asked everyone how pine trees could make such yummy smells. None of the answers ever made any sense. One day she let her nose lead her to the answer in the Annan Woods where she began discovering secrets. Ve lives in the Annan Woods. He walks and talks like other animals. He likes to run through the meadow on sunny mornings like other animals, but he is not at all like other animals. By accident he wakes up one day with a very big problem. The only way he can explain his problem to the wise old Mr. Owl who is the wisest of all wise owls, is to show the wise old Mr. Owl his secret. The wise old Mr. Owl tells Ve about many things, including other animals in the Annan Woods who are different from those in their family, but special in their own way. As you read, you learn why Mother Nature gave striped skunks the terrible smelling oil that they spray. Wolvie’s plan shows you how being different can be a very good thing. You will find yourself shaking your head and clapping as you read about the adventures in the Annan Woods. You can think about Ve’s tail any way you like, and no one can say you are wrong.

ROBERTA R. BARNES has been writing Fiction and non-fiction for many years. She began this book after she stopped writing a column for a daily newspaper. Being Usui Reiki Ryoho Shihan and Herbalist, the manuals she writes are non-fiction. Nonetheless, she can easily switch gears and embrace her passion for telling intriguing fantasy stories that spur the imagination.