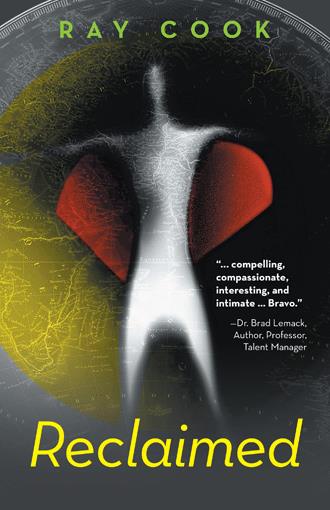 My sheltered childhood in bucolic Idaho was quite conducive to an expected Mormon upbringing, offering few vices if even accessible. My exemplary behavior as a straight-A student and especially as a model Mormon boy was a cover-up for my internal dilemma: the tug-of-war between conformity and authenticity. Tumbling was my escape and avoidance, the natural high I depended on to sustain me through the constant, intensifying barrage of negative inner, religious, and cultural messages of inadequacy. The feeling of body awareness as I flipped through the air, the physics of motion, and the contact of my hands and feet with the floor were a self-approving rush. I needed to fill up my reservoir of liking myself to last me until the next training. I couldn’t bear to think about the imminent day of reconciling my truth, so I perpetuated a double life in order to deny my fear. Besides putting on appearances, I overcompensated for my perceived liability of being gay by excelling in academics, tumbling … and self-righteousness.

I don’t believe in excommunication, but I knew that I needed a clean break to avoid being harassed by the Mormon church in the future. I was guilty until proven innocent. The inquisition was brutal, and the scrutinizing interrogation was hyper-intrusive and relentless. These strangers among acquaintances were privy to my most personal and vulnerable history. My privacy was violated as my soul was stripped and exposed. This solidified my resolve to take my spirituality into my own hands. Having no more middlemen was liberating but scary. I had to take full responsibility and accountability for what I believed in or didn’t—no more blaming, no more playing the victim, no more following or subjecting myself to brainwashing. Blind faith in my defunct belief system had not served me well. The tragic flaw of believing in a religious institution that didn’t believe in me stunted my spirituality. Sadly, I also let my personal development become arrested. I felt duped. My family was devastated by my religious shunning, especially my parents. I was crushed. No one commended my courage. I felt abandoned, dealing with the unknown ahead of me all alone. I was in uncharted territory. Excommunication was so taboo in Mormonism that even as prepared as I was, I felt lost. Without direction, identity, or support, I was afraid and lonely.

I only wanted someone to hug me, to tell me that it would be okay, that I’d be okay, and to acknowledge what it took to face the fire! I just wanted to be loved, just because, just for me, and not for whom I was expected to be. I had to fight my relentless self-critic from the rhetorical belief that I was "less than," not good, not enough. How was I supposed to love God—or even my fellow man—if I wasn’t allowed my own self-acceptance, -worth, and -love? I was reticent about the hypocrisy. I had trusted them. I had trusted my family’s belief system. I was failed. All my fears, hopes, and feelings of desperation I had to cope with on my own. My anxiety manifested itself in many forms of compulsion and obsession, including visible signs on my body. Self-destructively, I yearned to feel better and escape my mental torment by any means, no matter what. My quest to ameliorate my lack perpetuated my deficit. The temporary, empty remedies of sex, alcohol and codependency left me feeling worse.

What if I had had the support I needed when I needed it most?!

… my heart raced and my stomach churned with anxiety, knowing what was demanded of me … my expected exposure and vulnerability. My most memorable experience occurred not long after I entered the scene. I was writhing to the music, dancing euphorically, dripping sweat, entranced. Momentarily, I thought of how not long before, I was a Mormon missionary proselytizing in Germany … and now I was gyrating around the bar in my skivvies, my socks stuffed with lust money. I had come far (in which direction is subjective). Ironically, I was more sincere and spiritually inclined at this stage than I was as a missionary. Tears welled as I looked up to keep them from draining down my face. What I felt was the same feeling that I was taught in the Mormon church to be the Holy Ghost (the Spirit). It was like God’s stamp of approval that I was okay and didn’t have to hate myself anymore. I had felt that before as a missionary, which was pivotal in my reconciliation between spirituality and self-integrity.

The immersion into exposing my body was the catalyst that changed my negative body image and enabled me to accept myself. One might think that one dances out of ego just for money, but ultimately, I needed to dance to develop self-appreciation, -confidence, and -approval. The adoration I received, even from lecherous trolls, I soaked up like a sponge. I didn’t see myself desirable. The sexual attention was a paradox of hedonism and self-help. I was hungry to forge my own story, to escape from my life that I considered blasé. I wanted to create and naturalize copious experiences as a world citizen

Although I was getting attention from strangers, I longed for the attention from my family, which I didn’t feel that I was getting. Perhaps I used this disclosure for shock value to get their attention, hoping for their validation and support, but I was just fooling myself. I should’ve known better than to share too much, but I wanted so desperately for them to know that I was okay and not on the decline. Regardless, being honest about it released me from future feelings of guilt or shame that accompany secrecy. Of course, it didn’t sit well with my conservative family, and their silence grew louder. At least when they preached down to me, it was a form of attention, albeit a condescending one. However, this time, I interpreted their lack of acknowledgment as indifference to my life. If anything, by pushing their buttons, intentionally or not, I had tainted our relationships and driven them further away, making it harder for them to accept me. I was on a quest to redefine my individuality, even if it meant breaking protocol and defying adherence to expectations, especially from a religious platform.

It was magical, even on a drizzly day: the Alps, the lake, the cobblestone alleys, and the colorful buildings—what a sight! I got a little choked up. I was overwhelmed with gratitude, at peace with myself, content with my life in general, and grateful to be alive, to be living my life with intent and self-command, coordinating my passion for languages with the fulfillment of another personal goal: finishing school. On the train ride back to Grenoble, France, I was in awe at the beauty of the Alps, so majestic, our miniscule train hugging the side of the mountain, clinging onto the tracks, the snow like lace fringe, reflecting the midday sun. As we barreled off the mountain into a valley of rolling green hills, my excitement turned to tears, overcome as I was to witness the wonder … my life experiences had brought me to that moment. That train ride, with all its vicissitudes, was a metaphor for my life. I thank the universe for the opportunities to earn my self-conviction. I’ve never known such power, nor realized that I was capable all along.

Billy Ray was just an innocent boy from Idaho who loved to tumble. We had a lot to learn, my friend. I love you!

“I kept reading until the end. It was life affirming, exciting, hot, and new. It has everything so many people would love.”

“Ray Cook has an innate ability to tell his story with a wonderful artistry that keeps the reader connected, engaged, and fascinated in the revealing chapters of his colorful journey … and the lessons he has learned ...”


Everyone should be so lucky—an idyllic upbringing in bucolic Idaho, a loving family, a close-knit community … but what if your authentic self challenges life as you know it and your place in it?

To stay as a pariah and risk exile or to flee as a refugee without identity … that is the question. Reclaimed is a quest of personal reconciliation of a double life, a blend of dichotomous mishaps and redemptive insights.

Resist the folly of conformity, empower yourself, dare to be you! Reclaimed offers hope that life is manageable and happiness is a choice!

Ray Cook, an Idaho native, came of age in Germany as an excommunicated Mormon. He lives with his partner in Boston, where he graduated with a BA in modern languages and works as a flight attendant.