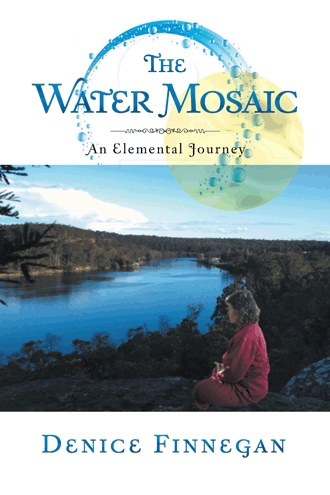 Jo left to talk with Margaret, but found herself taking the long way round, along the water’s edge. Just as she reached the turnoff to the Centre, she saw Skye standing on the edge of the river, looking across to the other side. Skye waded out into the water, fully clothed. Captivated, Jo watched as Skye went past her knees and didn’t look like stopping.

Skye continued as though she didn’t hear her, and as the water reached her waist, Jo felt a surge of panic.

“Skye! Stop!” Jo shouted, and started to run. When Jo reached her, Skye was up to her chest, and she had to forcefully grab her and drag her back to shore. Skye didn’t resist, but kept looking across the river as though her only desire was to go there.

“What the hell do you think you’re doing?” Jo yelled angrily, grabbing Skye by the shoulders and shaking her. “Swimming fully clothed in the middle of winter! That was a bloody stupid stunt to pull!” Skye’s eyes were dreamy, and the pupils were dilated to pinpoints.

“There’s a woman over there‑she’s jumping into the water. I had to go and see if she was alright.” Skye shivered and looked at Jo as though she didn’t recognise her. Jo looked across the other side, but could see no one.

“Come on, let’s go back to the centre and get Margaret to check you out,” said Jo. “We both need to get into some dry clothes before we both freeze to death.

“I’ve known her since she was a baby,” said Margaret, as they waited for Skye to change out of her wet clothes. “I was very close to her mother–they lived with me after Skye’s dad got out of prison, and they needed a place where he couldn’t find them. Skye is like a daughter to me.”

“Where is her mum now?” questioned Jo, sitting in an overstuffed lounge chair in a dressing gown usually used by massage clients. The heater was thrumming and Jo leaned towards it rubbing her hands together.

“She died last year. Cancer. She had fought it for five years and largely had been symptom free. But then it got into her lymphatic system and she went down very quickly. In a couple of weeks she was dead.” Margaret was silent, lost in sad memories.

“She’s special, our Skye,” Margaret chose her words carefully. “The information she brings through informs my medical diagnosis and treatment, with astounding success rates. I’ve been working with her via phone from Byron Bay for the last year. I brought her down here to help her learn how to work with the information she receives.”

“I was wondering what she was doing here.” Jo settled herself more comfortably. “Nothing in her file gave anything away.”

“You don’t think I’d put anything in her file that could be misconstrued by prying eyes, do you?” Margaret raised her eyebrows suggestively. Jo didn’t even have the grace to blush.

“Hey, guys,” said Skye, coming into the office, her hair tousled and sticking damply to her face, a blanket around her shoulders.

“Ah, Skye,” smiled Margaret. “So what do you think the woman jumping into the water meant?”

“It was like she didn’t see it was dangerous.” Skye pulled the blanket around her shoulders and shivered. “The water was really deep and she just wanted to be at the bottom.”

A knock at the door was followed by the entry of Sue and Clare.

“What’s going on?” Sue demanded. “Clare said she saw Skye and Jo fighting up to their waists in the river!”

“We weren’t fighting, I had to drag her out of the river before she drowned herself,” said Jo.

“I didn’t have any kind of weird energetic clue,” Jo said, not liking being compared to Skye. “It was just an aboriginal woman, who turned up out of nowhere, when I was down at the grove, and hinted that there was going to be some kind of destruction.”

“Celia seems to think we should all leave as well,” Margaret said. “We need to know when, where and how this is going to happen. Jo, I want you to go across the river to meet this woman, and find out what she knows.”

“That’s the plan?” Sue voiced all of their thoughts.

“Not quite,” Margaret considered. “Take Clare and Skye with you.”

Jo groaned, and started to protest.

“Take the two-man canoe and the kayak,” Margaret cut her off. “There are a lot of cliffs over there, which means there will be caves there. So find the caves and find the koori woman.”

“Great” said Clare enthusiastically. “I love kayaking‑I did heaps of it when I was younger.”

“This could all just be a coincidence,” said Jo sceptically.

“Deepak Chopra says there’s no such thing as coincidence,” piped up Skye. “He says its synchronicity and we should always pay attention to it. It holds meaning.”

“Met him while you were astral travelling, did you Skye?” Jo said. “Or when you were in India in an ashram, or escaping from drug barons or when the pixies introduced you‑”

“I don’t believe the events that are occurring are random acts,” Margaret said. “They are linked somehow. We just don’t understand their meaning.”

“Aboriginal people have access to information we don’t have” said Sue. “Celia seemed to hold this woman in great respect. She said she was a spiritual elder.”

“Think of it as being a detective.” Margaret became persuasive. “Find clues and see how they link together.”

“You can take this as a directive,” Margaret looked over her eyeglasses at Jo, delivering her best severe expression. “From your employer.”

Jo put her hands up in surrender.

“I could go too,” Sue offered.

“No, I need you here,” Margaret directed. “Organise food hampers for a possible emergency evacuation. Don’t let everyone know yet; we don’t know enough to warn anyone. I will check out The Centre bus and the fuel supply, then notify all clients that programs are suspended temporarily.” There was a moment of silence as everyone waited.

Inside Jo is a journey waiting to happen.

As she treks across the rugged Australian landscape on a rescue mission, Jo finds she is capable of so much more than she imagined. But she must face those things in herself and tear aside old habits, if she is to emerge from the cocoon of her old life.

Her guide is a wise old childhood friend, who knows more about who Jo was, and who she will become, than Jo herself does. Her map is the energy system of the body known as the chakras.

Understanding how to live life through each energy centre opens Jo up to new possibilities, and she discovers her relationship to everyone and everything is not only part of, but essential to, her success.

Because this is more than one woman’s journey. Her rescue mission is part of a bigger picture.
The Earth has chakras too.

Denice Finnegan grew up in the suburbs on the east coast of Australia, with a patch of wild bushland at her back door, where she first felt a connection to nature and her own spirit. She now co-runs a yoga studio and naturopathic practice with her partner in Sydney. Denice weaves her experience in yoga, meditation, and natural therapies into her storyline, to bring to life the everyday spiritual journey that is our birthright.