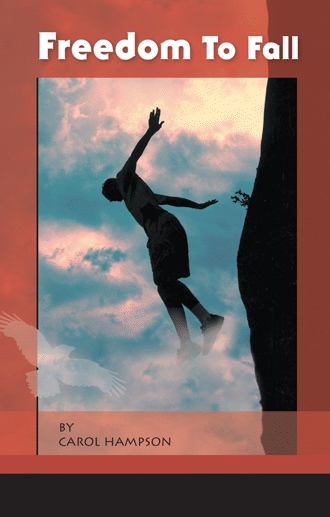 I was nervous about that particular trip. In his time off from work, Chris traveled many places to rock climb. It was his passion. I was used to his going off into the wilderness for as long as a month. And while I understood the dangers of rock climbing, I knew he was a skilled, cautious climber. But that trip felt different.

Throughout that fall and winter I had noticed the glow in Chris. He was joyful, full of life, funny. He’d tell stories about his life as a bellman at a hotel in the Colorado ski town of Breckenridge. At moments he’d have me in stitches. At other moments, he seemed increasingly wise beyond his years, knowing at twenty-five what I’d worked a lifetime to understand.

In February I called to set a time for our next dinner together in Breckenridge. “Is it okay if I invite a friend?” he asked. “You’ll like her.” My interest perked up. A girlfriend? That was something new. Chris sounded smitten.

It was a night to remember, freezing cold and snowing. Chris sat between us at the Japanese restaurant with a gigantic smile smeared across his face. He was brimming with affection and positively radiant. As we left the restaurant, he grabbed the sides of my furry hood and said, “You look so cute!” It was an expression of unrestrained happiness. I was thrilled. Chris was in love.

That spring we saw each other a couple of times, but the fates seemed to keep us apart. Snowstorms hit hard. Chris came down with the flu.

In April my daughter, Kate, called. She was having a hard time in school, unable to concentrate, exhausted. “Something feels very wrong,” she said. I flew out to San Francisco to be with her. One day as we walked down the street, these words ran through my mind: It’s just going to be you and me, Kate. The thought came through and was gone.

When I returned home I called Chris, hoping to see him before he left on a spring climbing trip. I was too late. He was leaving the next morning.

Kate needed me again and I flew out, thankful to be with her in a time of difficulty. School ended, and Kate came home the first week of May. All that month my mind was on Kate. She was having trouble thinking and sleeping; she wasn’t herself. Day after day we confronted the problems upsetting her life.

In the third week of May, a friend flew down from Idaho for a visit, our first reunion in five years. We chatted incessantly, bought flats of petunias and planted them in the garden. On Sunday morning, May 23, before taking my friend to the airport, I suddenly remembered my son. Oh, Chris—I must call him right now. There was a sense of urgency.

I got his answering machine. “Chris, where are you? I miss you. Call me.”

On Tuesday he called back. “Hi, Mom.”

“Chris, where are you?” I asked, feeling apprehensive, then brightening with hope that he might already be home.

“I’m in Yosemite, getting fruit at the grocery store,” he answered. “I’m sorry I didn’t call sooner. I can only use my cell phone so much.”

“Chris, are you having fun? Are you with other people?”

“Oh, yes, I’m having a blast. There’s a whole community of people here. I’m staying in Camp 4.” His voice was full of vigor.

“When do you plan to come home, sweetie?”

“Plan? What would I do with a plan? I’ll come home when I’m ready.”

I laughed. It was so typical Chris. “When you get home we’ll have a barbecue. I love you, Chris.”

On a beautiful Thursday afternoon the last week of May, I opened the screen door and stepped into the backyard. The yard looked lovely with its fresh green grass and newly planted flowers. I eyed the new charcoal grill, anticipating family gatherings in the sweet summer months ahead. As I stepped back towards the door, I turned to admire the scenery once again. For an instant life stood still. A haze hovered in the air. I had the distinct impression that something was about to happen.

Between 9:30 and 10 on Friday night I was relaxing in bed, when a sparkling golden light swept into my room, surrounding me in a heavenly glow. I felt wrapped in an aura of protection, as if I’d been transported to a magical place, very safe and wonderful. The light felt like incredibly deep love, like God was right there with me—and I couldn’t imagine why.

Saturday morning I took a walk. The golden light had mellowed, but I could still sense it. God has given me an incredible gift, I thought, and wondered what it meant. Kate and I spent the afternoon at a frame shop, framing some of her artwork. She complained of lack of energy and motivation. She didn’t know what was happening and seemed to be holding on by the barest thread.

Saturday evening an old high school friend called. Though we spoke occasionally when I visited my mom, he had never called me at home in the thirty-five years since I had moved to Colorado. When he asked about my kids, I told him Chris was climbing in Yosemite. He said, “Doesn’t that make you nervous?” “Yes,” I replied. “But Chris is a good climber, and he is careful and meticulous by nature. I take comfort in that.”

At four o’clock Sunday morning the phone rang. Instead of answering, I rolled over and drifted back towards slumber. Minutes later the doorbell rang twice, followed by loud knocks.

Kate called from her bedroom. “Mom? What’s going on?”

“I don’t know, honey.” I grabbed my robe, hurried downstairs, and looked through the peephole. Under the bright porch light stood two policemen and a woman in street clothes. I opened the door.

“Ms. Hampson? May we come in?” The woman followed me to the couch. The policemen stood just inside.

“He had a rock climbing accident yesterday, and he is dead.”

I felt a firm hand over my heart. Chris—protecting me, soothing me, cradling me with love.

Kate ran downstairs. We held each other and cried….

Perhaps I knew. Perhaps I’ve always known. Perhaps Chris came to me—to us—for some special purpose. Perhaps I will spend a long time learning to understand. In my grief I cannot yet fathom it.

He climbed, only to let go—and now she must follow …

Shockwaves had already reached the rock-climbing community when Carol was awakened in the night with the news of her son’s death. Chris Hampson—a well-known climber whose grace, warmth, commitment, and Zen-like focus inspired many friends—had fallen to his death in Yosemite National Park.

This moving memoir tells how a mother, seeking to understand her son’s passion and confronting deep questions of mortal life, learns to climb up from despair. She had always believed that to encourage her children’s freedom was the greatest gift she could give. But now that belief is shaken. Grasping for ground, struggling to accept his passing, she discovers a remarkable truth: love transcends time and space. You never really lose who you love.

The first anniversary of Chris’s death is marked by Carol’s pilgrimage to Yosemite where, among perennial climbers and granite gods, she scatters his ashes and begins to release him.

Carol is a professional storyteller. Performing for live audiences—her own original stories along with tales from world cultures—was a vital precursor to writing her first book. The sudden loss of her son in 2003 inspired this memoir. Carol lives in Denver and Costa Rica.