Finding the Way Back 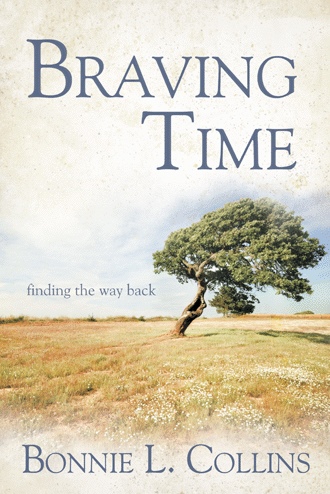 3 THE SALE “Just how stupid can someone be!” Uncle Merle, Aunt Reba’s husband, stood on the grass in front of me, legs askew, shaking his fist with one stubby finger pointed toward me—his eyes narrowed into a hard glare, his face lit like a bonfire. Merle was lean and average in height, but looked taller because I was fifteen and petite. With his rimless glasses, and sparse dark hair that formed a horseshoe around a bald spot, he looked like the American gothic farmer, even though he was a business man. It was the second Saturday in June 1963, day of the dreaded sale. I just wanted it to be over and to salvage whatever I could. I stood across from him looking down at the grass in front of our cinderblock garage, painted white with blue trim, the place where Dad had fixed other people’s cars, and about thirty feet to the rear of our kitchen door. I didn’t think I’d intentionally left the keys inside the garage. When I pulled the door closed, it locked. There was nothing to do now but endure Merle’s rant. Perhaps I deserved it, but it was bad enough this day was happening at all. I wanted nothing more than to stay here, live with Mom on the homestead, and be close again to Aunt Hanna, my Dad’s sister, Uncle Leo, her husband and Bess. These relatives had been there all my life but that was before Dad died unexpectedly, just over three months ago. Aunt Hanna, Uncle Leo and Bess would help us; they always had before Merle stepped in. “How could you do this Bonnie! The auctioneer’ll be here to set up in an hour. Stupid! Stupid!” Merle kicked the grass with his right shoe. I looked down to see his right leather tie shoe outlined in a grass stain made worse by the early morning dew. A tuft of grass stuck out from the sole and the leather upper. “Now I guess we’ll have to break a window to get into the shop so he can sell the stuff. Christ A-mighty!” His words were spoken through clenched teeth; his lips barely moved. Lightning energy flashed within him causing the veins on his neck to stick out. I stood frozen but shaking inside, afraid he would hit me. What could I do? As Merle’s voice ascended in pitch and angst, I imagined flares erupting from his nostrils. His face grew fiery as he stumbled toward me shaking his fist, poking a finger very near my eye. Would he dare hit me? Cowering in my shoes, I shivered, as the sun licked at my blond/brown hair. I didn’t do it deliberately—well, not consciously. Aunt Reba wouldn’t stand for it if he hit me, I was certain. Maybe I’d be saved. Standing still, barely letting my breath escape, I hoped Merle’s rant would run out of gas. He picked up my father’s shovel that stood by the shop door. Crack, chink, chink; then a loud crack. Merle bashed in a window near the back. Clearing it of glass, he climbed in and secured the keys. The sale was now unstoppable. “Everything must go!” Merle yelled insistently, shaking and bobbing his head from side-to-side. He was making his point to the auctioneer who had speedily arrived and set up his podium on the lawn next to the garage. “There is no room for this stuff in their new apartment”. This stuff—my blue bicycle that I loved to ride, my Lightening Glider with black rudders and red marking on the wood—a reminder of so many good times with Bess riding down hills in the snow, our new croquet set barely used, our kitchen chairs and table, Dad’s tools—vices, hammers, crowbar, his shop manuals, his plow, the banjo that he’d played for me and Mom, the big house—years in the building, and land, were not just “stuff” to me. This was our homestead, the place where I grew up! It was the house my dad had built with hands of love and sweat of brow. I considered it my legacy. Waves of people began to arrive. Someone drove up in an old black Chevy and parked it along Route 147, the main road twenty-five yards from of our front door. Cars jammed behind cars. Some fought for a parking space. Families alighted vying for good spots near the auctioneer as the crowd mushroomed. I looked over at Dad’s gray and white 1956 Pontiac resting near the old crabapple tree. It had been sitting there since January when he had entered the hospital. Except now, it was cleaned and polished. A red “FOR SALE” sign hung on the windshield. Since Mom didn’t drive, it made sense to Merle to sell it. Merle walked over to the car, got in and inserted the key. Then the grating rasp of the starter…er,errr,errrrrr—once, twice, followed by the unsteady hum of the engine, rising, heaving and falling like breath. A gritty gust of fragrance blew out the back sending a white cloud around the idling vehicle. I gritted my teeth. I wanted to run over from my spot between the garage and the porch and pull the key. “Stop it--stop it all!” I heard myself shout in imagination. A few minutes passed, then Merle emerged from the car, smiling. “Got her started—she’s a dandy.” He patted the white hard top, then swiped his hand over the medium gray door as if polishing off some dust. Was Merle taking joy in this, or did he resent that he now had responsibility for Mom and me? I‘d always suspected that Merle was a little jealous of my dad, who was both kindly and proficient at many tasks--from his machinist job at the shoe factory, to farming, to building our house, to beekeeping, and more. Why wasn’t Merle dead instead of my father?

Braving Time is a vividly frank, absorbing account of a teenager on the edge of womanhood as she faces loss of her loved ones through death, mental illness, and physical displacement, and how it challenged her feeling of being held safe and connected to those she held dear in the world.

This memoir expresses a universal theme of how we, as humans, internalize such losses, desperately wanting to find someone to fill the gap—someone to love us deeply, unconditionally; to lead us out of the dark night. We do not see that these lessons are here for us to learn to live authentically, self-reliantly, and with integrity.

The elixir will be when we can trust in ourselves to take good care of our own self (our inner child), to rediscover who we truly are in our own right, and then to revive our essential self. This brings us into healthy connection/belongingness with others, and toward wholeness. This is not a story of wholeness—that would wait for another time. Rather, this is a story of resilience.

Bonnie L. Collins, nee Hockenberry, is the principal of Life Refocused Associates and
is engaged in spiritual/life coaching and book-writing projects. Having studied with the Mentorcoach Training Program, Bonnie has had an active coaching practice since 2004. She works with healthy, creative, resourceful people. Her focus is upon her clients reaching their full potentials.

Bonnie holds a bachelor’s degree (BSS) in psychology and a master’s degree in public administration (MPA). Both were conferred to her by The Pennsylvania State University.