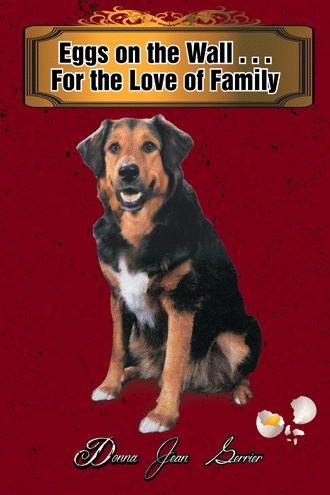 The Gerrier family faced monumental challenges together. Eggs on the Wall . . . For the Love of Family is about sacrifice, responsibility, and the compassion that Donna Jean had for her elderly parents. They embraced humour and a love of life, which was better than medicine. Her mother was diagnosed with rheumatoid arthritis and osteoporosis. Her father, a Parkinsonian, cared for her mother until he suffered a stroke. This resulted in both parents being immobile and confined to wheelchairs. Donna Jean left a thriving career as well as her study of vocal performance and chose to be her parents’ main caregiver when their needs surpassed the home care mandate. The days unfolded from dealing with health care bureaucracy to managing her parents’ high-level care, hiring private workers, running a household, and managing the finances. The Gerrier family’s motto was to do the best they could with what they had to work with. They did not merely exist—they lived. Her father’s condition improved due to non-traditional treatments received from a neurologist in New York City. Their lives were not without outrageous experiences. Donna Jean tells an intriguing story of how her father nearly lost his life in Las Vegas and the horror she and her father lived through being arrested in Stockholm, Sweden. It was assumed they were Russian spies, as well as husband and wife. The family dog, Sir Samwell, played a major part in their lives. You will read how he definitely ran the show. Donna Jean continues her long-time passions to end violence against animals and women. She also advocates for stronger laws concerning their safety and rights. She shares how she sees the world today and emphasizes the importance of supporting each other, avoiding isolation. Donna Jean stresses if you choose to be a caregiver for your family strive for no regrets. Do all you can, the very best you can—that is enough.

Donna Jean shares her family’s story to help others facing the responsibility of caring for a loved one. Donna Jean facilitates a pet-loss support group and is passionate to end violence towards animals and women. A retired speech language pathologist, she pursues an interest in the performing arts.